In life, things take time. As a child, you crawl before you start to walk—and then to run at full pelt. You begin to talk before you learn to read and write. Then, as you get older, you go to school and perhaps even on to university before starting to work full-time. But sometimes an opportunity, an unexpected success or simply the desire to do something can take you away from the standard path and onto one where these stages of life overlap or mix. This is what happens, for example, when a student decides to become an entrepreneur while still in college, or to continue a project that was part of their course in a professional setting. We’ve selected six entrepreneurial success stories that you might be surprised to hear began as student projects. And we promise that Facebook is not on the list.

1. VLC, the revenge of the geeks

Samuel Hocevar, one of the students behind the project, in 1998, and the computer on which he started to develop VLC.

This story starts in France. Surprisingly, one of the most downloaded softwares in the world—with more than three billion downloads since its creation—is French. It was created by students at the Ecole Centrale, which was one of France’s oldest and most prestigious engineering schools.

In the early 1990s, students completely and autonomously ran Ecole Centrale’s Chatenay-Malabry campus in Paris. It was the beginning of online video games and the college’s apprentice engineers were big fans, to say the least. But the campus network wasn’t powerful enough for them to play as much as they wanted. They tried to convince the school to install a more powerful network, arguing that it was necessary for them to do their course work, but the administration would not pay for it. So, faced with a lack of financial resources, they had no choice but to develop their own video playback software with low connection requirementsand VLC—was born.

For about 10 years, different volunteers managed the software, year after year. But VLC’s future was fragile. Despite its success with students, there was the constant threat that it would be shut down permanently. While the students had tried to create a real structure around their innovative software in the early 2000s, it was only in 2008 that external, professional contributors joined the project, which would later become a worldwide success as a free open-source media player software.

2. FedEx, or why you shouldn’t always listen to your professors 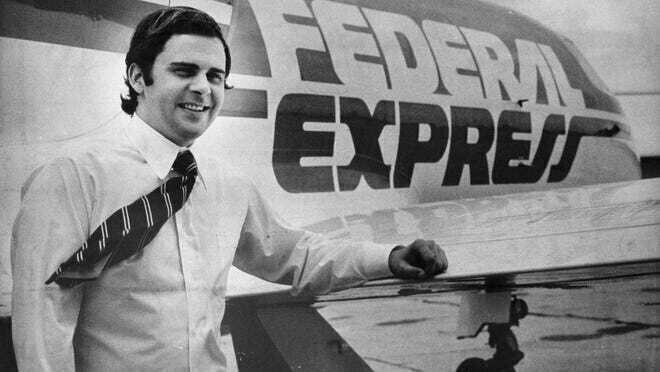 This is probably what Fred Smith, the founder of the American freight forwarding giant, is saying to himself today. In 1962, when he was a student at Yale University, he wrote his first paper on his revolutionary delivery service project for an economics exam. It was the first step to create what would later become Federal Express, better known as FedEx, now a behemoth that employs more than 400,000 people worldwide. However, legend has it that his paper earned him only a C grade, as his professor believed the project would be “difficult to carry out”. It’s hard to know whether the professor’s assessment was flawed or whether FedEx’s success is mainly due to Smith’s desire for revenge. In any case, the moral of this story is that you should never give up, even when things seem to be going wrong, and that success sometimes comes thanks to the power of perseverance. Oh no! Does this make you regret abandoning your dream of becoming a writer after you failed a spelling test at school?

3. Dropbox, a small shortcoming can sometimes hide an even bigger idea 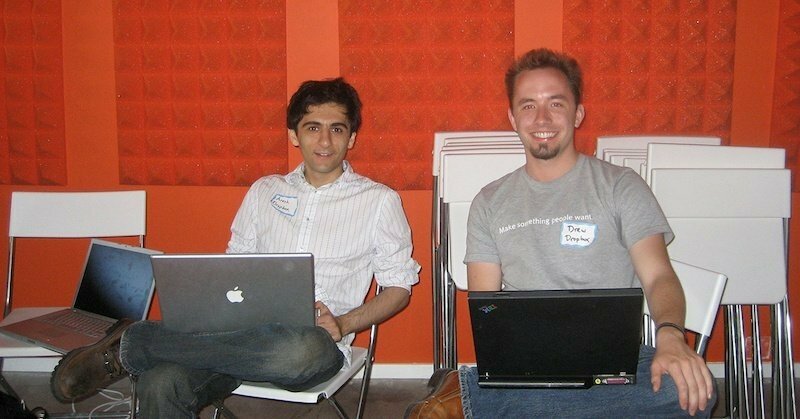 It’s not so surprising that the idea for this file-sharing and storage software was born in the mind of its co-founder, Drew Houston, when he was still a student, given his gift for working with computers. Houston proved early on that he was a bit of a genius at code, so much so that he had his first professional experience at the age of 14. Before creating Dropbox in 2008 with co-founder Arash Ferdowsi, he had already worked in five different start-ups, all while still at university. But his greatest success remains undoubtedly the brand with the little geometric logo representing a cardboard box, which has experienced phenomenal growth. It entered the stock market in 2018, just 10 years after its creation. It is now worth billions.

The story goes like this. Houston was a strong student and often way ahead of his classmates, but he always had his head in the clouds. In fact, it was this little shortcoming that ended up inspiring Dropbox. One day, Houston set out on a four-hour bus journey. There were only a few weeks to go before graduation from Massachusetts Institute of Technology and he had been planning to use his time on the trip to code. Then he realised that he had left his USB key at home.

Unable to do his work, he came up with the idea of a platform that would free its users from the need to use physical storage space. Barely four months after that fateful bus trip, Houston flew to San Francisco to pitch his project to Paul Graham, a renowned computer scientist and investor. The rest is history.

4. Pumpkin, or the benefits of travelling 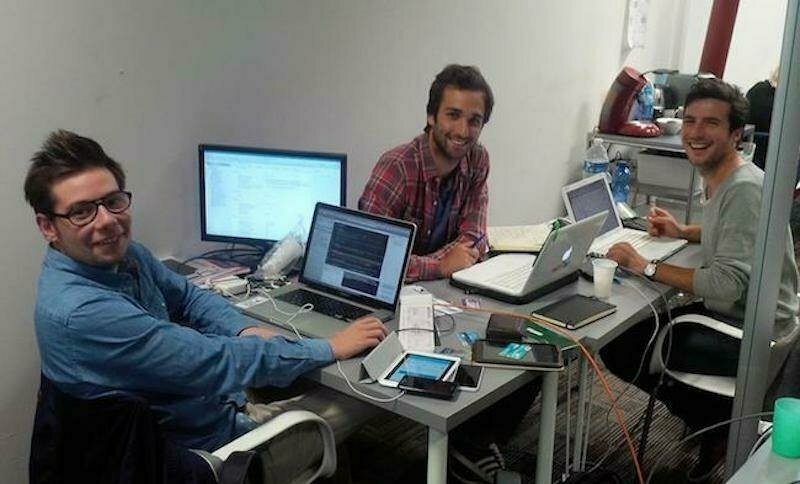 Victor, Constantin and Hugo in their early days at Pumpkin.

If the company’s name evokes images of Halloween and pumpkin spice lattes, you’d be mistaken. There is no link between the app for payments between individuals and all Hallows’ Eve, except perhaps that it scares competitors with the strong growth it has shown since its creation. No, the explanation is much simpler. That name was chosen mainly because it sounded like other digital companies with fruity names such as Apple, Blackberry, Orange and Leetchi. But it’s worth noting that this wasn’t always the name of the app, as it originally had the title: EDHEC, 2014 graduation project. (EDHEC is a French business school.)

Hugo Sallé de Chou and Constantin Wolfrom were in their final year of entrepreneurship master’s degree when they presented the mobile payment app as a student project. The story began when Sallé de Chou flew to San Francisco to take up an internship at Dailymotion. It was during his gap year there that he first discovered mobile payments, which were common in the US, but not in France. Wolfrom had his lightbulb moment when he was in Kenya, where it is common to pay wages by mobile because many Kenyans don’t have bank accounts. When the two students returned to EDHEC, they were stunned by how far behind France was in this area, and the idea of introducing the concept to customers in France quickly became obvious to them. You could say that these two are a perfect illustration of the expression: travel broadens the mind. 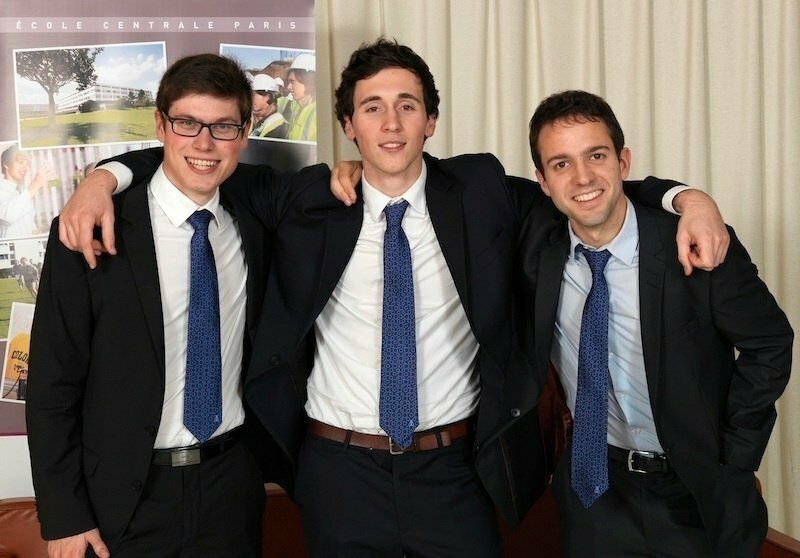 This is yet another concept born in the minds of students at the Ecole Centrale. When Raphaël Kolm and Alexandre Paepegaey, two of the co-founders, met, they were both class delegates and were responsible for organising events for their classmates. However, they had a hard time finding good locations that were available and reasonably priced. At the time, most of the spaces available for this type of event were party venues or concert halls, which sometimes had to be rented far in advance. Rather than waiting months to throw a party, they dreamed up a digital platform where bars and restaurants could be booked quickly and easily. Luckily for the two friends, they were taking a course in entrepreneurship at the time. So they decided to develop their concept by going to meet potential partners and clients. The feedback was particularly positive, so they decided to launch their start-up after graduation along with Nicolas Furlani. Sometimes wanting to party can be a great source of inspiration and motivation. 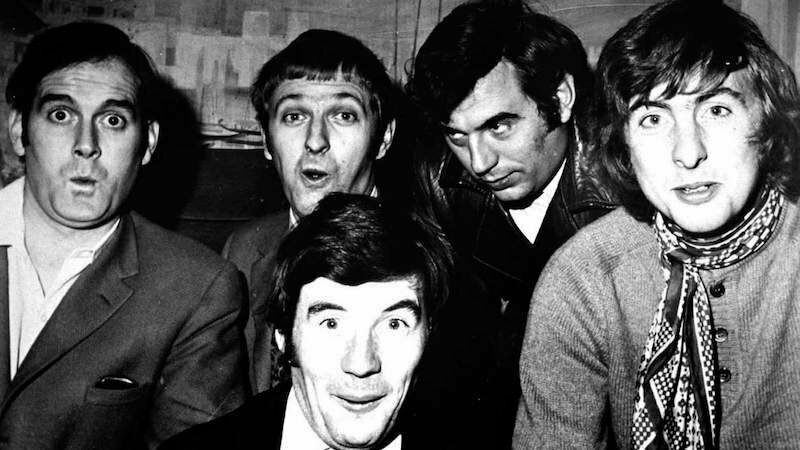 The Monty Python gang in the early days.

Before becoming one of the most iconic troupes of the 20th century, the members of Monty Python were mere students destined for serious careers. The troupe was founded after three of them, who were studying medicine, law and English respectively at Cambridge University, met at the Footlights Dramatic Club, an amateur club run by students of the prestigious institution. While each had his own reasons for joining the club, the story of the enrollment of John Cleese reflects the tongue-in-cheek style that helped them to become adored comedians.

After he had arrived in Cambridge to study law, he toured the registration booths of the various clubs that were looking for new student members and was drawn to Footlights. They asked him if he could sing or dance. He later explained what happened next: “I said no as I wasn’t allowed to sing at school because I was so bad, and if there is anything worse than my singing, it is my dancing.” A little surprised, the members then asked him what he could do. Cleese replied, without batting an eyelid: “I make people laugh.” It was during the Footlights’ world tour, which included a stop in New York, that they met Terry Gilliam, the only American member of Monty Python. The tour’s success then opened doors to the world of entertainment and got them hired by the BBC to work on a satirical show, The Frost Report, when Eric Idle, the youngest, was only 23 years old. The troupe was finally complete when they were joined by Michael Palin and Terry Jones, both former Oxford University students.

As you can see, sometimes success happens when you least expect it. Some people talk about luck, but according to an old Indonesian healer in Laurent Gounelle’s The Man Who Wanted to Be Happy, “There are no lucky people, only those who see opportunities and those who don’t.” Who knows, even if you’re still a student juggling classes, internships and exams, the coming months may hold a spark, a sign, an encounter or an idea that will be the foundation of your future professional success or entrepreneurial project. So keep your eyes open and pay attention! Because even in times of crisis, innovation is possible. Creativity is often born out of constraint.