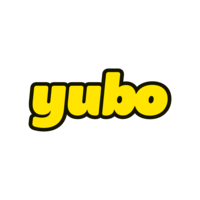 Launched in 2015, Yubo, the leading platform for young people to socialise online. Reaching over 40 million users across 40 countries, Yubo is inspired by the best of offline interactions powered by online possibilities. It was designed to enable young people to socialise and connect in the digital world as they would in real life, with peers across the globe, in a safe space. At the same time, the platform relies on numerous tools for user safety, moderation and privacy, to make sure our platform is safe for everyone. Created by three engineer friends with a passion for consumer apps, Yubo has already attracted over 40 million young people worldwide, with tens of thousands of new members joining the community every day.
Since its launch in 2015:

As a small and fast team, we can offer a fun and challenging environment where you will instantly see the value of your contribution for our community.
Today the Backend development tasks are handled by the CTO who is looking for someone to rely on for this part. You will be in charge of implementing the backend side of all the cool new features of the Yubo app, while making sure that the code base remains scalable. As the lead backend engineer, you will have the opportunity to set up your own dev tools and establish development standards for the future. The main API is in NodeJS.

Here’s a sneak peek of what we use:

We are looking for smart, self-motivated software developers to join our team. Humility and team spirit will make the difference for this position.
You love solving issues and you are hunger to learn and grow in skill and impact.