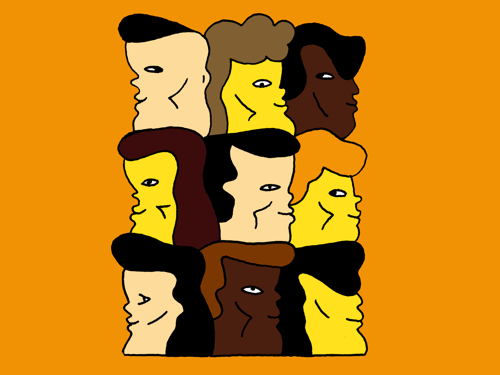 How Emotions Help Us Succeed, by Liz Fosslien & Mollie West Duffy
Health at work: what companies can do to help their employees fight stress ?
Creating a winning corporate culture: lessons from the greatest leaders

Discover our series of HR MustReads. Our goal is to help those who make up the workforce of organisations keep their minds open to the best of what’s written on their craft. HR is such a large subject that our MustReads include a wide variety of inspiring books about organisations, management, recruitment, employment, and even anthropology, sociology and psychology!

Our episode 3 is dedicated to the organisations of the future. Discover our abstract of Frédéric Laloux’s Reinventing Organizations: A Guide to Creating Organizations Inspired by the Next Stage of Human Consciousness (2014) to understand how different organisational paradigms have evolved together with human consciousness and how we can produce more meaning and fulfillment at the next stage.

Reinventing Organizations: A Guide to Creation Organizations Inspired by the Next Stage of Human Consciousness

Reinventing Organizations was published in 2014. It instantly achieved ‘cult’ status: the word was spread by all the HR movements that champion the “liberation” of companies. But the book doesn’t just target the initiated few who already know about “liberated” organisations. It also offers a fascinating history, evolutionary theory and typology of organisations that can help anyone get useful perspective on modern management. Laloux’s work can help understand the gap there can be between an individual and the organisation he / she belongs to, when they operate under different paradigms. The book explores the growing malaise of individuals in organisations.

The way managers work today is increasingly obsolete. More employees than ever before feel disengaged from their companies. Large organisations are stifled by bureaucratic processes and have become largely incapable of change. Employees waste a lot of their time in useless meetings and pointless paperwork that leaves them frustrated and unhappy. We all look for more meaningful workplaces, community, purpose and authenticity. We want to bring all of who we are to work. Not only do we need more enlightened leaders, we also need different structures and practices that allow for meaning and purpose.

Frédéric Laloux was trained as an engineer in Brussels. He obtained an MBA from INSEAD and then graduated from a coaching school in Colorado. He worked for 10 years in an international strategy consulting firm before he became an independent corporate coach. In 2014 he self-published Reinventing Organizations in English. More than 100,000 copies have been sold in a little over two years. The book was translated into many different languages, including French in 2015.

The aim is to help produce more meaning

Frédéric Laloux aims to convince the reader that a new species of organisations is possible that matches a higher level of consciousness. Most organisations today operate under limitative managerial paradigms. But only by offering new models can the old ones be made redundant. Laloux quotes American futurist Richard Buckminster Fuller: “You never change things by fighting the existing reality. To change something, build a new model that makes the existing model obsolete.”

Our internet age accelerated the development of distributed intelligence and the decline of old-style hierarchy. Today we ought to change our value system and invent new ways to work more meaningfully. Everyone can sense that current organisations have reached their limits. A lot of them produce a feeling of uselessness and emptiness. They make their employees unhappy, not only those at the bottom of the pyramid. At every level of the pyramid there is vacuity!

We have reached a stage where we often pursue growth for growth’s sake, a condition that in medical terminology would simply be called cancer.

How can organisations produce meaning and avoid cynicism? Laloux observed 12 pioneering organisations that have succeeded in creating a new more meaningful work model. They can inspire all the others because they aren’t based on a purely theoretical model or an inaccessible utopia. They provide us with very concrete ideas to help push our organisation forward and embrace the next evolutionary step.

Throughout history, the types of organisations that have been invented have always matched the dominant worldview and level of consciousness.

We tend to think that liberated firms have no structure, no leadership and no management. Nothing could be further from the truth. You need inspiring leaders to share a strong vision. Purpose does need some kind of structure too. There is no perfect equality in liberated companies. The members don’t have to all agree for a decision to be made (which would imply endless meetings). In reality, liberated “Teal” organisations need structures and practices that empower the most competent and motivated people to be in charge in a given situation.

Organic and natural hierarchies replace the fixed pyramidal hierarchy of the other organisations. Clear and structured processes are necessary to make individual autonomy possible and to ensure harmonious collective efficiency. There is no one best way to achieve that. Each company must find its own method, which will depend on its history, culture, assets and specific challenges. In other words, there is no template: all the Teal organisations are unique. They also change constantly: adjustments and modifications are made all the time to better serve the organisation’s purpose.

Frédéric Laloux studied 12 ‘Teal’ organisations that operate in different sectors and countries. He describes the way they work in detail so the paradigm can no longer be said to be utopian and unrealistic. They all partially (or totally) did away with managers. Centralised support functions are very small.

Here are two of the twelve examples listed in the book: