Most of us might like to think that family life is separate from work ie that work and family exist on different planes. There’s the “private” on the one hand and the “professional” on the other. The reality, of course, is quite different. Families and couples are entities that shape individual careers and personal decisions. They’re also economic systems in themselves where individual roles must be defined, and income and expenses balanced.

The fact that families are economic entities in themselves is largely why gender inequalities tend to accumulate over time. In opposite-sex couples with children, fathers tend to experience a boost in their careers after the birth of each child—it’s called the “fatherhood bonus”—whereas mothers tend to see their careers stall or decline the more children they have—that’s called the “motherhood penalty”.

To get a better understanding of the dynamics at play, HR professionals, policymakers and individuals should stop entertaining the fiction that work and family are separate, according to Jennifer Petriglieri, an associate professor of organisational behaviour at INSEAD, a prestigious university in France. Her recent book, Couples that Work: How to Thrive in Love and at Work, is based on five years’ research and interviews with more than 100 couples (opposite-sex and same-sex) from different countries.

In the book, Petriglieri identifies common triggers and traps that couples face, and she reframes career advice through the lens of the couple. She classifies different dual-career couple arrangements and describes the three transitions that all successful couples must master in their lives.

“Being in a dual-career couple relationship is now the norm. In more than 65 percent of couples in North America and Europe, both partners work, a number that grows each year. Even in countries like Japan, where the proportion of dual-career couples is lower, the trend is consistently upward. One obvious reason for this trend is economics. In today’s expensive and uncertain world, having two salaries helps couples cope.”

“I’ve spoken to over a hundred couples in the course of my research. Although each couple’s story was unique in its details, they experienced similar patterns of highs and lows. All struggled through similar challenges.”

“I found that dual-career couples pass through three distinct transitions on their route from becoming a couple to retirement. Each transition plunges a couple into a landscape of new questions, different concerns, and novel ways of relating.”

“Gender differences in career cycles are rarely discussed in couples, but they are very real. Although trends are rapidly changing for younger generations, in couples who were born in the 1960s and before, it’s still common for the man to take the lead career position and be the secondary parent while the woman takes the secondary career position and is the lead parent…it’s no surprise that women’s careers often peak later than those of men.” - Jennifer Petriglieri in Couples that Work

The three transitions dual-career couples must all go through

After interviewing more than 100 couples, some of whose stories are shared in the book, Petriglieri started to identify patterns and similarities among them. She discovered that dual-career couples pass through “three distinct transitions on their route from becoming a couple to retirement…Each transition plunges a couple into a landscape of new questions, different concerns, and novel ways of relating.”Each transition is a challenge that can result in separation.

As with life in general, the life of a couple is a series of transitions. Each transition is defined by a period of turbulence followed by a period of stability. Ironically, even though so many couples face similar challenges and we should learn from other people’s experience, each transition always comes as a surprise to those who live it.

During the first transition, couples move from having parallel, independent careers and lives to having careers that are interwoven and interdependent. The transition usually happens after a big event such as the arrival of a child or a big career opportunity that involves moving somewhere else. Suddenly career decisions must be made to accommodate the life event that couples face together.

They realise they can’t make individual decisions regardless of their impact on the household. They must negotiate with their partner as to how to prioritise careers and divide family chores and commitments in a way that is satisfying to both. In short they have to “craft a joint path along which they travel until their second transition”.

The question that couples must answer during their first transition is “How do we make this work?”.

2. Second transition: determining what you want

After “making it work” for the first transition, dual-career couples generally face a new crisis that triggers another transition. After years of juggling multiple constraints, couples sometimes feel they’ve lost track of who they are. The second crisis can be quite existential. What’s the purpose of work and life? Have we just conformed to what was expected of us by society or our parents? Isn’t there more to life and work than what we have here?

According to Petriglieri, the second transition is fundamentally about reciprocal individuation, which means that “couples must shift their focus from conforming to others’ demands and expectations and figure out what they each really want out of their careers, lives, and relationship”. It means that individuals must focus on their unique interests and desires, and sometimes it means that the roles they’ve had in the household ought to be renegotiated. In other words, the challenge consists in crafting a new joint path that can be sustainable until the third transition.

The question that couples must answer during their second transition is “What do we really want?”.

3. Third transition: defining who you are

Last but not least, the third transition involves reinvention personally and as a couple. “Couples’ work in the third transition is to reinvent themselves in a way that is grounded in their past accomplishments, while opening possibilities for the future.” It can be triggered by the empty nest syndrome, after their children have all left home, or simply by the realisation that you are the older generation at work. It results in an “identity void”.

“Those voids come with feelings of loss that must be tended to, but they also make space for new opportunities.” Sometimes there are fewer financial worries, which makes it possible for one partner to start a company or a new career. Sometimes there are regrets and unresolved issues from previous transitions that cause resentment and anger. Like the other two, the third transition can come with divorce. “Some people will face the three transitions with the same partner, while others will move through different transitions with different partners.”

The question that couples must answer during their third transition is “Who are we now?”.

For those couples who have children, parenting comes with a set of “traps” that can jeopardise the couple. For a dual-career couple, defining a parenting model is not neutral for the type of careers each partner can have. In theory it’s a choice that’s made consciously and is satisfying to both. In reality, the choice can be dictated by gender norms and social expectations.

Norms and expectations concerning parenthood have changed profoundly. Feelings of guilt affect those who don’t conform. To be fair, these changes reflect different desires. Today’s parents want to spend more time with their children. It’s not just that they feel they have to.

Norms and desires are interconnected: it’s a chicken-and-egg situation. What is true is that these norms and desires make it harder for mothers to thrive in their careers.

There are three parenting models that come with different career-prioritisation models: 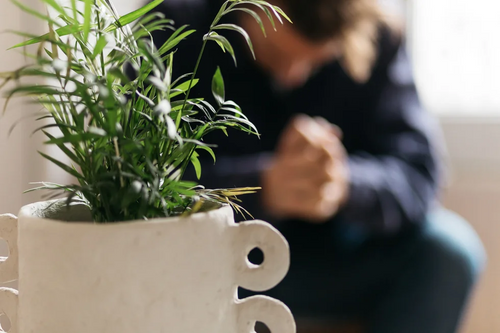