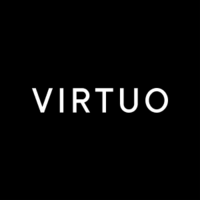 Virtuo is your car, on-demand. We’re bringing all the freedom of driving without the burdens of owning a car for you, our cities & the planet.
Launched in 2016, our on-demand car rental app is releasing cities and their citizens from the burden of car ownership. Virtuo is freeing up space and time, putting the freedom of driving in people’s pockets, not parked on city streets.

Our mission is to create a delightful on-demand car experience.
Our vision is a future with no personal cars.
In 2021, we closed our Series C funding round, led by AXA Venture Partners, and are now active in 21 cities (as well as 30 airports and train stations) across France, Spain, United Kingdom, and Italy (with more to come).