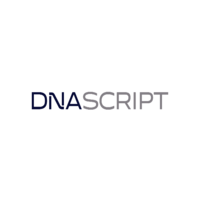 DNA Script has its research facility headquartered in Paris, France, and has its commercial and development teams in South San Francisco.

We are looking to assemble a team of best-in-class, innovative and passionate people. We want to gather their talents and skills to achieve one goal: unlock the power of “DNA-write”. We offer the opportunity of joining a dynamic, international, and highly skilled team in a pioneering startup. Our Next-Hour DNA Synthesis platforms not only have the potential to change the way the world makes and uses synthetic DNA, but also to accelerate the rate of discovery by delivering upon the promise of same-day results.

DNA Script is actively searching for a Quality and Regulatory Affair Director who will report directly to the CEO and be responsible of the creation and the management of all activities related to quality and regulatory. You will define procedures, advise operational departments, and guarantee the regulatory and quality compliance of products at each stage of their development, from concept to delivery.
In this context, you work closely with the various departments of the company (R&D, Product Development, Manufacturing, Marketing, Sales, Management) and the service providers.

Strategy and build-up of activity