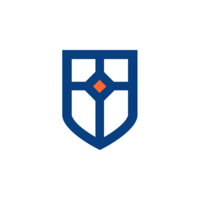 CitizenLab, a social impact scale-up with headquarters in Brussels and offices in New York, Amsterdam, Paris, Berlin, and London, aims to make public decision-making more participatory, inclusive, and responsive. The SaaS platform is already being used by over 300 cities and municipalities in +18 different countries, facilitating two-way communication between governments and their citizens. Since it was founded in 2015, CitizenLab gave +750,000 citizens a direct voice in local politics and got recognized as ‘Best Social Impact Startup in Europe’. CitizenLab is looking for purpose-driven talent to join us on our mission to have +2.5 million citizens make their voice heard via its e-democracy platforms in cities across the globe.

As a Full-Stack Engineer in the Engagement squad, you contribute to our core product, which allows local governments to engage their citizens through a wide range of digital participation methods. You’re part of a cross-functional squad. While you can contribute to both our Ruby back-end and our React front-end, you specialize in one. You help your colleagues to bridge knowledge gaps.

At CitizenLab, we work in small teams where members collectively take ownership of the outcome of the features they build. We work in short iterations, test rigorously and release continuously. We’re strong believers in user testing and understanding live product usage.

As our Full-Stack Engineer with a front or back-end focus:

Eagerness to learn, talent, and enthusiasm are more important than ticking the boxes. Even if not all desired requirements are met, but you’re very excited about the role, we want to hear from you.