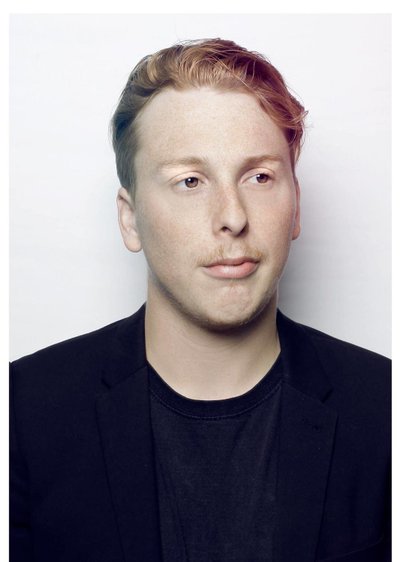 I’d never really imagined living and working abroad. That’s not to say the attraction wasn’t there—who doesn’t dream of embracing new cultures? It’s more that, in all honesty, I’m a little impulsive and not the best “five-year plan” sort of guy. Being the first of my family to go to university, I decided to stay close to my British rural roots and chose to study at Cornwall’s Falmouth University. Come 2011, however, it was time for a big change, and I decided to run up to London clutching nothing but a film degree, a magazine contact, and £50. Somehow, more than four years later, I found myself alive.

It had been quite the ride, and after gaining some precious marketing and journalism experience, I was ready for another fresh start. I had gone to London to kick-start my career, and through dumb luck and dedication, it was mission accomplished. Trusting fate once more, I chose Barcelona as my next port of call, a captivating city that kept calling me back—and also handily contained a best friend with a spare room. So, one gray September morning, I left the canalboat I was calling home at the time and headed toward the sun.

Again, I had no job lined up, but I did have that self-belief one gains after years in London’s competitive job market. After the endorphins from fleeing my homeland had subsided, it was time to get to work. Thankfully, a tech-events start-up saw a use for my skills, and so began my working life in my new home. From the start, I was shocked at the change of pace and flexibility in my new role. A certain sense of hierarchical bs had vanished. Everyone was smiling, not always a common trait in the UK. They liked to take their time, discuss things openly at length, and enjoyed lunch and coffee breaks that would frankly seem obscene in other countries.

Everyone was smiling. They liked to take their time, discuss things openly at length, and enjoyed lunch and coffee breaks that would frankly seem obscene in other countries.

That patient and friendly spirit I loved about the city was on offer in the work environment. It seemed that the lifestyle change I’d been looking for, after some incredible yet draining years in the Big Smoke, might truly bleed into my work life. Previously, I’d had the good fortune of working in some social jobs; in fact, some of my best friends were made during my years in the cinema industry in London, but this was another level.

Before long, there were wedding invites, meals in the countryside to celebrate calçot season (the period between December and March when this regional favorite, a cross between a leek and a spring onion, grows), festive drinks, and barbecues. The term “work family” took on a whole new dimension. Things never felt intrusive, people just genuinely enjoyed life and hoped yours was going well, too. Such upfront pleasantness was a welcome culture shock having come from a country defined by its sarcasm and Victorian ideals.

There was still work to do, of course, and as with any events business, there were some tight deadlines, late shifts, and nightmares over ticket sales. At such times, though, all I had to do was look out the office window and be reminded that in front of me lay the ocean, and behind, the greenery of the Collserola mountain range.

I had grown up in rural southern England, so having some nature right on my doorstep again was a huge plus. If things ever get on top of you in Barcelona, I strongly recommend getting lost on a hike or spending some time staring at the sea. There’s nothing like a little nature to help you find your balance again.

If things ever get on top of you in Barcelona, I strongly recommend getting lost on a hike or spending some time staring at the sea.

Sadly, life comes at you hard sometimes, and my first lucky break in the city swiftly came to an end when the business ran out of capital. I was jobless just in time for Christmas—not ideal. Despite the setback, I had faith. I’d already learnt that, thanks to the city’s smaller size and open mentality, networking was easier than first imagined. A catch-up drink led to some part-time work on an under-the-radar corporate project, a buddy started a business that needed surfing articles, and a pal’s boyfriend wanted copy for his website. The communal aspect of Barcelona came to the rescue.

Thanks to the city’s smaller size and open mentality, networking was easier than first imagined.

I’m sure it’s the same for anyone moving abroad for the first time, but the world suddenly seems a little smaller, a handy perception when exploring all avenues for work. Thanks to the international flavor of the city’s growing start-up scene, I had a clearer understanding of the possibilities on offer, as well as a growing confidence in my own skill set and its larger uses. I don’t think that the countryside-dwelling teenage metalhead I once was ever imagined I would be staring at the Sagrada Família from my desk. Things change fast.

Thanks to the international flavor of the city’s growing start-up scene, I had a clearer understanding of the possibilities on offer.

I’ve been fortunate to be able to combine my past roles and have settled into a creative copywriter position that has seen me grow with the company. I still get plenty of time to pursue freelance opportunities, and my colleagues are varied, talented, and, most importantly, good fun. Moving to Barcelona has shown me that a cosmopolitan city can feel more like a town, a place where people take their time in all things and proudly put happiness at the top of their priorities. It’s helped me take control of my work-life balance and, in the process, reignited my passion for the outdoors.

Moving to Barcelona has shown me that a cosmopolitan city can feel more like a town, a place where people take their time in all things and proudly put happiness at the top of their priorities.

You may find that the relaxed pace takes some getting used to, and appointment times may seem more like a concept to the locals, but it’s all part of the charm. After all, taking a full hour for lunch and leaving early on Fridays is something that only a fool would complain about. Viva Barcelona!