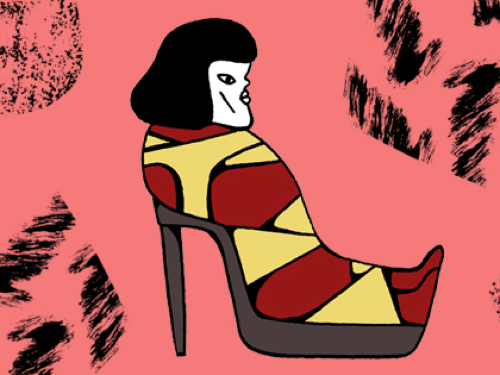 What Works: Gender Equality By Design by Iris Bohnet

Deep Work: Rules for Focused Success in a Distracted World
Cubed: A Secret History of the Workplace by Nikil Saval
The Da Vinci Curse by Leonardo Lospennato

What Works: Gender Equality By Design, published in 2016, aims to put behavioural economics to the service of gender equality in society and organisations. The book offers a compelling overview of all the studies on the subject and precious counter-intuitive insights into how our behaviour can be “nudged” toward more equality. Behavioural economics used to be controversial when traditional economists preferred to study the rationality of economic agents. Today however it is largely accepted that people are fundamentally irrational and that irrationality should be taken into account. That could be why the 2017 Nobel Prize in economics was awarded to a behavioural economist, Richard Thaler.

Iris Bohnet, professor of public policy and behavioural economist at Harvard Kennedy School, has studied gender inequalities for years. Her work combines insights from economics and psychology to improve our decision-making and help us avoid letting cultural and gender differences determine organisational outcomes. She believes we can all learn to de-bias how we live, learn and work. What Works provides valuable concrete advice on how managers and HR departments can be made to produce more equality.

A lot of today’s politicians and executives present gender equality as a moral and business imperative. But many of the traditional policies implemented to advance diversity and equality have been quite ineffective. Yet, as Iris Bohnet writes, a lot can be achieved at relatively low cost when we start really understanding the biases at work in our organisations.

“Stereotypes can be activated by the most subtle cues … and they become self-fulfilling prophecies unless we de-bias how we do things.”

“Replacing intuition, informal networks, and traditional rules of thumb with quantifiable data and rigorous analysis is a first step toward overcoming gender bias.”

Bias is everywhere and that’s normal

As it is mostly unconscious, bias is everywhere. We have all been shaped by “social categorisation” (norms), a “necessary and unfortunate byproduct of our cognitive makeup”. Naturally the business world isn’t free from those biases.

As illustrated by the “Heidi-Howard study” also mentioned by Sheryl Sandberg inLean In, women who violate norms face a social price: they are either seen as “likable” or as “competent”, rarely both at the same time.Many studies have demonstrated the trade off that women face.

“Heidi Roizen was a successful Silicon Valley venture capitalist who became the subject of a case study at Columbia Business School. Professor Frank Flynn, presented half his class with the case study with Heidi’s name on it and gave half the class the same case study with her name changed to “Howard”. The students rated “Howard” and Heidi, equally competent, but they liked Howard, but not Heidi.”

As shown by Daniel Kahneman, a Nobel prize laureate, in Thinking Fast And Slow, we rely on two modes of thought:

We need System 1 to assess information quickly, which requires that we rely on categories represented by archetypes, whereas System 2, based on conscious reasoning requires much more effort and time. In other words, we just wouldn’t have enough time and energy to use System 2 continuously and we really need the “easy way out”. Nothing is more natural than biases.

Tired of tech? My 8 low-tech ideas to improve how you work

It is difficult to de-bias our decisions

People are quick to see bias in others but extremely reluctant to accept that they too are biased. Therefore bias awareness often has little impact: it works only when the bias can be attributed to others. For the same reason many “diversity training” programmes developed in firms have had discouraging results.

One typical bias that makes policies less effective is known as the “Halo Effect”: it refers to the fact that first impressions have a long-lasting and powerful effect. Good-looking people are perceived as more intelligent, more successful and more popular. The effect is caused by a cognitive bias, the tendency for an impression created in one area to influence opinion in another area.

Another typical bias that renders training programmes ineffective is “moral licensing”: when doing something good (like raising awareness on inequalities, for example) leads people to do more of something bad. If you’ve done a 40-minute workout, you may feel “morally licensed” to eat a big fat chocolate cake! Managers who promote these programmes may think they have “done enough” and therefore feel licensed to go back to their usual discriminating ways.

Applying data to HR is a necessary first step

Few tools are expected to transform management as greatly as big data applied to human resources. “People analytics” collects large masses of data and uses complex applications to measure relationships between variables and thus detect trends. Google is a pioneer in the field.

As it is expensive to find, recruit, train and retain talent, more and more companies choose to rely on big data to predict their employees’ likelihood of leaving.

People analytics also relies on the idea that everything can be experimented with. That’s why Google has an “iterative approach” in HR too. Harvard University, Iris Bohnet writes in her book, adopted Google’s data-driven approach to close the gender gap. It started measuring everything, because “what does not get measured does not count” and “what does not get measured cannot be fixed”.

HR evaluation must be designed to be fair

Gender biases hurt organisations: employees who feel discriminated against are less motivated to work and more likely to quit. Although most managers like their discretionary power, there are concrete solutions to improve evaluation procedures. Bohnet lists three ways to create smarter evaluations procedures:

Attract the right people to your organisation

The messages used in job ads, newsletters, web pages and blogs are rarely gender-neutral. Many linguists have pointed out that language is in fact gendered.

Women will be less likely to apply for jobs that they perceive as “male-labeled”. “Gendered wording tells the applicants something about whether or not they “belong”.

Women (and more and more talented workers of both genders) consistently tend to place more value on flexibility. So flexibility should become the norm. As a default, “flexibility unless proven not to work” would change the structure of work. Bohnet cites the case of Telstra, Australia’s leading telecommunications and technology company, that made flexibility by default the norm. It got many more applicants and among them many more women…

The importance of role models has been mentioned in numerous studies. “Seeing is believing”. Only when people can see counter-stereotypical role models will their beliefs start to change. Sadly, the lack of visible role models creates self-fulfilling prophecies (girls who don’t see female presidents will often not develop the ambition to become presidents). There is much evidence that role models strongly influence behaviour.

The US government understood this perfectly when they sought to recruit women for “men’s jobs” in factories. They supported their effort by an extensive marketing campaign to help women picture themselves taking a “man’s job” without losing their femininity. Rosie the Riveter has been a cultural icon in the US ever since.

Too often, disclosure requirements are poorly implemented and have but limited influence. To be truly transparent, information must be salient, visible and simple. Also, the more information is put into a comparative context, the more people are able to understand it. For example, public ratings of restaurant hygiene have been in the US and the UK a highly effective intervention in transparency and have pushed restaurants to improve their hygiene. In HR too, information should be shared widely in a clear and understandable way. Transparency on wages, promotions and positions is often said to be critical.