Night work has reached its highest level since records began. The latest Trades Union Congress (TUC) figures revealed that 3.25 million people in the UK work through the night—that’s more than one in nine of the British workforce and at least 100,000 more than five years ago.

Despite its growing popularity, the negative impacts of night shifts are widely documented. A growing number of studies have established links between night shift work and an increased risk of developing type 2 diabetes, cardiovascular disease, breast cancer, depression and obesity among others. So who are our night shift workers? Do they enjoy those twilight hours at work while others sleep and how does it impact their lives?

“I don’t eat sweets normally but I often take a bag in for night shifts, have more coffee, that kind of thing.” - Dr Helena Wickham

Helena Wickham is an NHS doctor who works a set of three or four 13 hour night shifts every couple months as a trainee in adult medicine. She isn’t surprised by the link between night work and ill health. “There’s a lot of evidence that our bodies metabolise food better at different times of day,” she said. “I definitely eat more sugary food at night to keep myself awake. I don’t eat sweets normally but I often take a bag in for night shifts, have more coffee, that kind of thing.”

The personal toll doesn’t stop there, according to Luis Preto, night manager at the Beaumont Hotel in Mayfair, London. “The impacts on health are immense, from long periods focused on screens in underlit or overlit rooms to stress due to the lack of immediate support and the isolation that shift work brings,” he said.

“Our bodies are designed to be sleeping at night, and there’s the impact on family life, caring for children and trying to form relationships.” - Shelly Asquith

Shelly Asquith, health, safety and wellbeing officer at the TUC, has extensively studied the impact of night shifts. Poor mental health is her main concern, which she partly puts down to fatigue and a disrupted work/life balance. “Our bodies are designed to be sleeping at night, and there’s the impact on family life, caring for children and trying to form relationships,” she said.

The issue of fatigue is a hot topic, with night workers on the Serco Caledonian train sleeper service recently deciding to strike. A fatigue expert was called in after staff claimed the operator was not allowing them to use spare cabins to rest or providing sufficient breaks.

Despite these concerns, Asquith says the demand for night work continues to rise. “There’s a worry that employers are becoming more reliant on it rather than less,” she said. “Some of the biggest workplace disasters and injuries are linked to fatigue at work and working overly long shifts.”

Asquith adds that night shifts are disproportionately carried out by people from ethnic minority backgrounds, with night workers often taking on the longest shifts in the lowest paid jobs. “Cleaners, security guards, roles like that,” she said. “It comes with the desire to work longer hours because they don’t always have enough money to necessarily have a good quality of life. Pay needs to go up in general, but certainly people who are working night shifts should be paid more to do them.”

The night shift and workers’ rights

According to the Government, night workers are defined as those who regularly work at least three hours between 11pm and 6am. TUC figures show that care workers account for the majority of night workers (432,000), followed by nurses and midwives (232,000) and transport drivers (208,000).

There are rules in place to protect shift workers, including the Working Time Regulations 1998. The legislation stipulates that no one should work at night for more than eight hours in a 24-hour period, and employers must carry out risk assessments and offer free health assessments. But some, including the TUC, claim that this law is not always upheld and doesn’t go far enough.

The national minimum wage still applies to night workers. Some employers, such as the NHS, pay higher night rates to their workers, but there is no obligation to do so. Talaat Abbas, a security guard at Millbank Tower in London, works from 7pm to 7am, doing six days on and three days off. He doesn’t get paid any extra for the night shift, “not a penny”. “Some companies [do]—even weekends, they give you double, treble. Our company doesn’t give us any extra money,” he said. 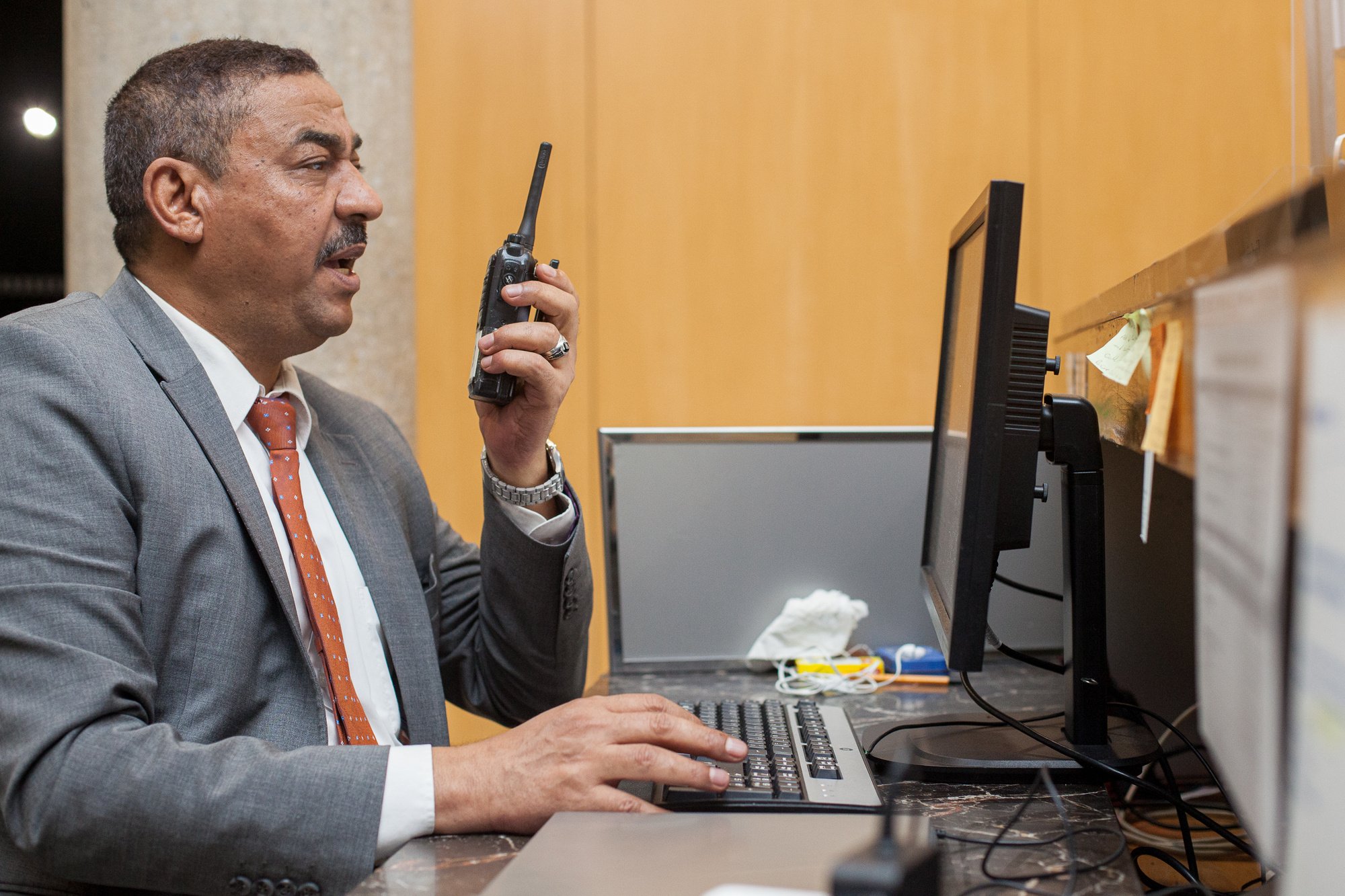 What about family life?

Abbas has worked in security for over 17 years, ten of which he has spent doing night shifts. They work for him because it means he can spend more time with his children, and support his wife with childcare and domestic duties. “I prefer the nights because of my kids and their needs,” he said. “I take them to school, doctor’s appointments… my wife works, so I help her during the day.”

Miraculously, Abbas still manages to fit in sleeping six or seven hours… “Sometimes eight! I sleep like a baby,” he said. “I just put the curtains down and make it like night.”

However, night shifts don’t work for everyone. The TUC report A Hard Day’s Night highlights the disruptive effects it can have on family and social life, particularly for single parents and carers.

‘I love the peace and quiet’

Preto believes there are two types of night workers: “Those who aren’t able to cope with the working hours and those who live for them.” Luckily Abbas falls into the latter category. He sees a certain magic to being a part of the night-time economy.“I love the peace and quiet,” he said. “There are no bosses around you—[there’s] peace of mind. [During the] day shift, all the bosses, the visitors are around. It’s crowded, it’s really mental. I prefer nights.”

Abbas admits that it can get lonely and a bit boring, but there’s the opportunity to read, watch films and even study. “You can do a PhD… you have time to read, yes,” he said.

‘The night is always evolving’

For Dr Wickham, there is little time to relax during her night shifts on hospital wards. “The night is always evolving. One of the challenges is prioritising that jobs list. What needs to be done most urgently? What can wait until morning? And making that judgment quite quickly,” she said.

‘There’s no time to see friends’

Like Abbas, socialising isn’t possible for Dr Wickham when she’s on night shifts. “When I’m on that set of shifts, my life is only doing work. I’ll go in for that 13 hour shift, come home, eat, go to sleep, get up, eat, go to work,” she said. “There’s no time to see friends or do any exercise,” she pauses before adding, with a laugh, “or have fun!”

‘It messes with your body clock’

“You get that kind of deathly tiredness around 3am or 4 am, when your body says you need to sleep right now but you’ve got quite a lot of work to do.” - Dr Helena Wickham

She tries to set her body clock by staying up very late the evening before she starts on nights and then sleeping as much as possible during the day. Nevertheless, “you get that kind of deathly tiredness around 3am or 4 am, when your body says you need to sleep right now but you’ve got quite a lot of work to do.”

“There’s quite a lot of camaraderie at night, particularly with the nurses in A&E or on the ward.” - Dr Helena Wickham

Despite the challenges, Dr Wickham is passionate about her job. “It’s always changing, I’m always learning, getting new skills. It’s not a boring job,” she said. “There’s quite a lot of camaraderie at night, particularly with the nurses in A&E or on the ward. You need a bit of silliness in medicine to keep you going because it’s all very serious all the time.” 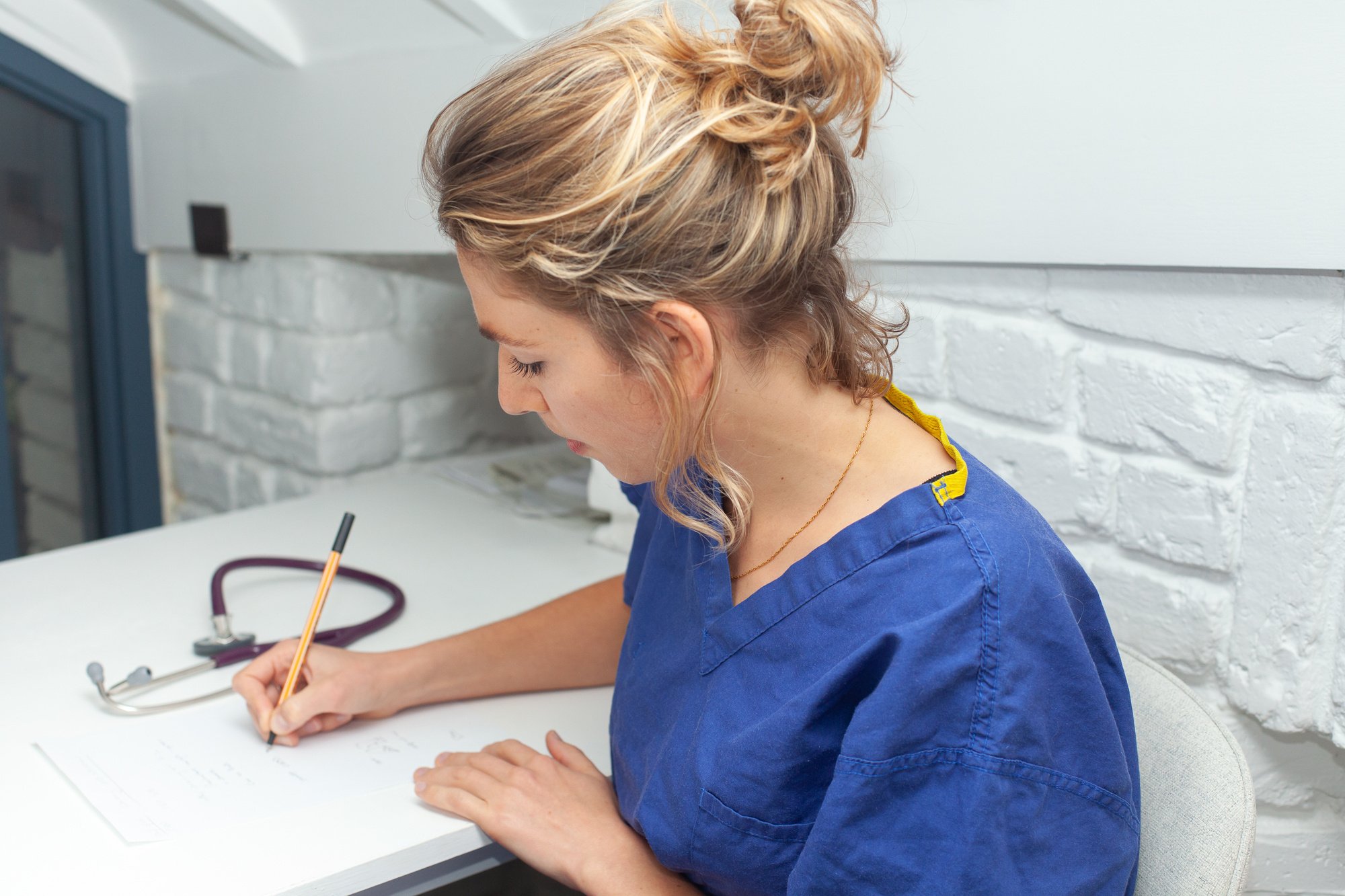 ‘It’s not part of the end game’

Night shifts are certainly not something Dr Wickham wants to do for too much longer. “When I think about my career long term, I don’t really want to be working night shifts,” she said. “I see it slightly as a rite of passage, but I don’t see it as part of the end game.”

Not all healthcare workers receive equal flexibility over their working hours.“Most doctors, by the time they become senior, generally expect not to be working night shifts and that’s a bit different from senior nurses, paramedics and midwives,” she said.

“[They] tend to be underpaid, undervalued and their relentless shift work throughout their career is really amazing. If those healthcare workers were a bit better valued or had the flexibility not to work those night shifts, might there be better retention?”

While the night shift may suit some lifestyles, the mental and physical impacts are undeniable. As the UK moves towards a more active night-time economy, finding ways to protect workers’ health and wellbeing is more essential than ever.

It’s time that companies showed their night staff how valuable they are by offering greater flexibility, less hours, more pay and better working conditions. Not only will employees have higher levels of job satisfaction, but companies may experience lower staff turnover and increased productivity levels too.

As Preto says, “Better platforms of awareness to bring these matters into focus and helping individuals who work these shifts to pay heed to their wellbeing is of the utmost importance for a healthier overall society.”

Photos by Betty Zapata for Welcome to the Jungle