Living with little but living happily—even if it means earning less money—is the tenet frugalists live by. Coming from the Latin word frugalis, meaning virtuous, this term is applied to those who are content with simple food and things. Although this means not having the latest smartphone or endless pairs of sneakers piling up in your closet, as well as not eating out all the time, it doesn’t have to be synonymous with a gloomy and unfulfilled life! On the contrary, the goal is to be organized enough to achieve financial independence and lead a better life in the long run.

In a time where overconsumption, capitalism, and a search for a sense to it all are converging, Welcome to the Jungle brings you up to date on this informal rising movement and the impact it could have on our society.

The dawn of a phenomenon

The frugalism movement began in the United States and advocates “deconsumerism” through leading a simple life. It has attracted a lot of attention in Europe, especially Germany. Neither hermits, hippies, nor survivalists, its followers maintain a foothold in that space where the rejection of consumerism, the hyper-connected world, and the deterioration of mental health in the workplace all meet. They advocate looking for a certain social ecology—that is, the creation of a moral, decentralized, and united society, guided through reason.

The fact we haven’t heard much about it so far is partly because frugalists are unaware that there is a concept that describes their way of life. But it’s also because many of them do not voluntarily promote their lifestyle through the media, which has allowed this trend to remain largely unnoticed.

So, what’s the thinking behind frugalism? It’s about working less to live a better life at your own pace, even if the result is you earn less. That means:

This is a veritable philosophy of life, adopted to push back against consumerism and capitalism. The businessperson ideal and “high-performance culture” that was so sought after in the 1990s, as described by the French sociologist Alain Ehrenberg in his book The Cult of Performance, is over. Frugality testifies to the transformation of a businessperson into a humanist who wishes to lead a principled life. Frugalists renounce everything that is considered superfluous and a comfortable salary in order to satisfy their quest for meaning.

The reasons for adopting this way of life are multiple and vary according to the individual. They could be: 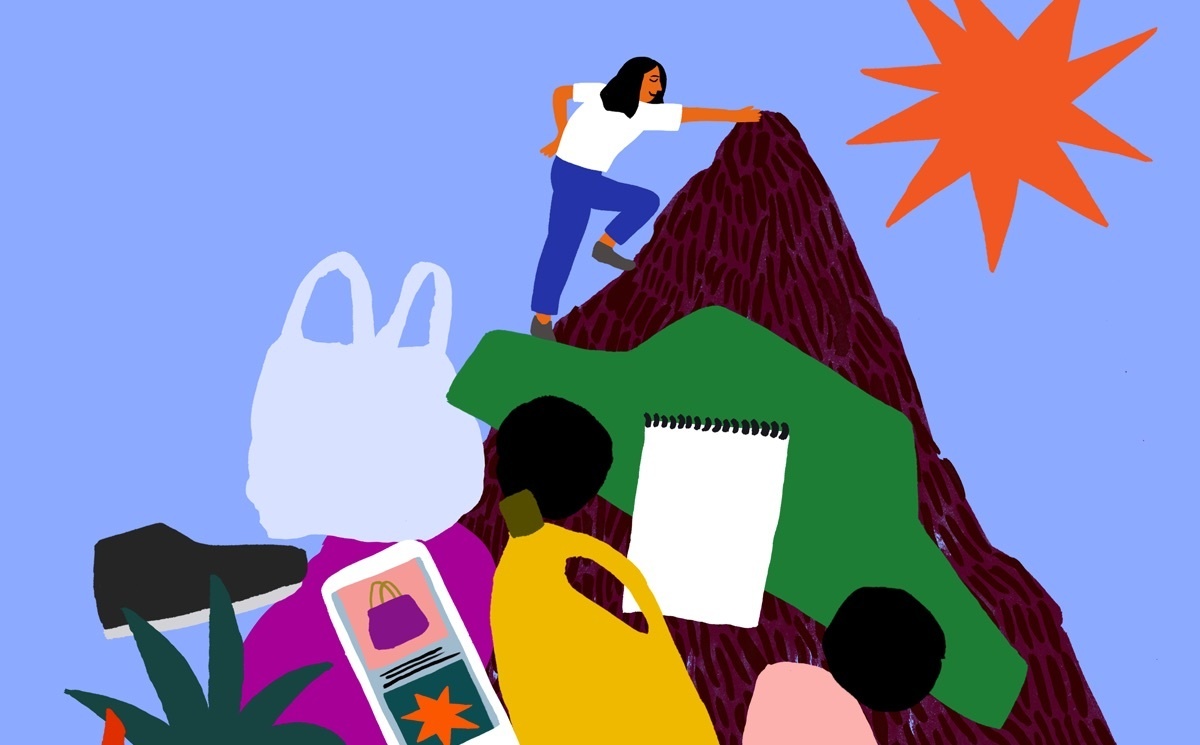 Tackling the clichés about working for an NGO

How to become a frugalist

Some commentators have questioned whether frugalists could be considered the equivalent of last century’s rentiers—those who receive an income from letting out property or from interest gained from an investment portfolio. In other words, what if the lifestyle is largely only achievable by the upper and middle classes and symptomatic of the evolution of society, where true success is no longer measured as professional success? In fact, for a majority of cases, could it be assumed that those who are spending less are fortunate enough to have the choice to do so in the first place—for example, those who decide against getting their morning coffee from Starbucks when commuting to work?

Frugalists concentrate on what they need, not what they want. This is the most difficult part, because we can be quickly convinced that we need something. The idea is not to be stingy, but to think about the way we spend and to become more creative about how we invest or, at least, better at saving our money.

So why are frugalists making so much effort to live below their means? To free themselves from the existential fear connected with money and to lead a healthier lifestyle. And, perhaps, to live without the fear of losing their jobs or succumbing to unhealthy stress levels that can lead to burnout.

To successfully live below their means, frugalists:

A flexible way of life

The concept of frugalism also takes into account diverse realities. Below are some of the trends identified within the trend.

This brings to mind those who are in their twenties and often still live at home. Subject to a difficult financial context, they are more focused on what they need, rather than what they might want. Their buying patterns are less impulsive and more centered on value and quality.

This applies to those in their thirties or early forties who have decided to stop working—not impulsively but after having prepared savings and investment plans since the beginning of their careers. They are able to retire early through thorough organization and unshakable determination. More often than not, they then become volunteers, which gives them a greater feeling of purpose.

The “slow” trend (slow food, slow fashion, etc.) highlights a willingness to slow down in order to be more successful. A section of frugalists are followers of the “slow life,” which means they have put the brakes on the fast rhythms of their former lifestyles and returned to more authentic ones.

So what’s the point of it all, you may ask. According to frugalists, it’s to experience less stress and shake off the tyranny of time to refocus on desires and, little by little, regain confidence in your abilities. This means choosing contact with nature, producing homemade items, and undertaking DIY projects, such as planting personal vegetable gardens in order to become self-sufficient.

An ideology not to be confused with minimalism

Although frugalism and minimalism both promote taking control over how you live, they do differ. Minimalism concentrates more on possessing the least number of things possible, whereas frugalism is focused on spending the least amount possible in order to become financially independent. They often turn out to be incompatible because a frugal person will accumulate things that they might be able to use in the future, whereas a minimalist does not want space taken up unnecessarily and will get rid of things that are not of immediate use. The latter also might spend a lot of money on certain objects if they consider them extremely useful.

What impact does frugalism have on our society?

Frugalists are often accused of taking advantage of the system. Critics argue they have benefited from an education and learnt a profession, but then refuse to “give back” and pay the relevant taxes. Some frugalists counter that they are not interested in receiving a government-provided pension, so it’s not necessary for them to contribute to one.

Other skeptics warn of the risk of romanticizing poverty. It is indeed important not to confuse frugality with advocating poverty. Not taking vacations and budgeting because we’re not sure how were going to pay for our next meal or our rent, or even take care of our health, is far from an inspiring way to live.

Whether you’ve been persuaded by frugalism or not, this trend lets us take a moment to reflect on the quality of the professional paths being offered in today’s society. Why are 25-year-olds thinking they want to stop working when they are 40? This is an opportunity to examine our way of life, our purchases, and our consumer habits, as well as our relationship with work—a wide range of subjects!

Moreover, there are many blogs teeming with advice about how to take care of your money and removing the mystique surrounding the technical jargon of finance, making it understandable to everyone. And that is to be applauded!