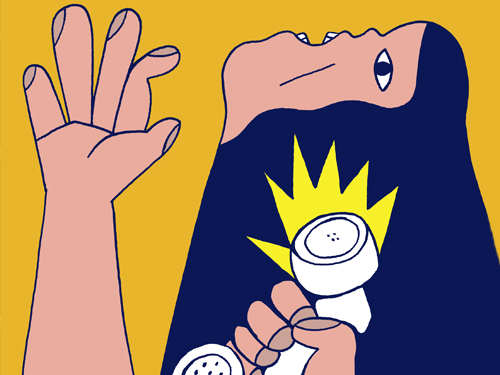 Powerful: Building a Culture of Freedom and Responsibility by Patty McCord
HR Disrupted: It’s Time for Something Different by Lucy Adams
Why Women Don’t Ask? by Linda Babcock and Sara Laschever

Bullshit Jobs: A Theory (2018) is a thought-provoking book by David Graeber, a famous anarchist anthropologist, professor at the London School of Economics. The book explores how the bullshit jobs phenomenon came to happen. Graeber looks at how work has become an end in itself, rather than a means to an end. So a lot of the work we do is pointless. The book helps us all ponder the fundamental question “To what end do we work?”

When Graeber wrote his article “On the Phenomenon of Bullshit Jobs” in Strike! Magazine in August 2013, he meant it first and foremost as a provocation. He meant to criticize the predatory nature of a capitalist system that rewards useful jobs such as nurses and teachers less than less useful ones such as corporate lawyers and lobbyists. Little did he expect his article would cause such a sensation. In the two weeks that followed its publication, the article was viewed more than a million times and translated into 12 languages. The phrase “bullshit jobs” was soon to be found everywhere in the media.

The lack of purpose and meaning is today’s salaried workers’ foremost concern and source of suffering.

Graeber’s work struck a sensitive chord: it turns out the lack of purpose and meaning is today’s salaried workers’ foremost concern and source of suffering. No mindfulness workshop or scandinavian furniture can alleviate the pain of feeling useless. Soon after the publication of his article, many surveys were carried out. A YouGov poll revealed that 37% of Britons felt their jobs “made no meaningful contribution to the world”. The same poll conducted in the Netherlands showed as many as 40% of Dutch people believed they too had a bullshit job.

“Hell is a collection of individuals who are spending the bulk of their timeworking on a task they don’t likeand are not especially good at.” “This is a profound violence here. How can one even begin to speak of dignity in labor when one secretly feels one’s job should not exist?” “In our society there seems to be a general rule that,the more obviously one’s work benefits other people, the less one is likely to be paid for it.” * David Graeber in Bullshit Jobs: A Theory

Hell is a collection of individuals who are spending the bulk of their time working on a task they don’t like.

What is a bullshit job?

The definition is first a one. A job is bullshit if the person doing it believes so, because “it’s safe to assume the worker knows best” and because it would otherwise be too complex to assess. Something that seems useful to an outsider might not seem so to another.

Graeber providesa working definition of the concept: “a bullshit job is a form of paid employment that is so completely pointless, unnecessary, or pernicious that even the employee cannot justify its existence even though, as part of the conditions of employment, the employee feels obliged to pretend that is not the case”. So a bullshit job necessarily involves a degree of pretense and fraud, a gap between reality and appearances.

A bullshit job is a form of paid employment that is so completely pointless, unnecessary, or pernicious that even the employee cannot justify its existence.

The author insists a bullshit job isn’t the same as a “shit job”, which can be defined as a job that doesn’t pay well and doesn’t involve good working conditions. Often the two are opposites, as the more useful the job tends to be, the more the worker is treated badly: for example, cleaning ladies are treated badly (theirs are “shit jobs”), yet extremely useful, while “Lead Marketing Specialists” are treated well, but not useful (theirs are “bullshit jobs”).

Most “bullshit jobs” are a combination of several of these categories. Also non-bullshit jobs might have elements of bullshit incorporated in them. In non-bullshit jobs, more and more time is wasted on bullshit tasks: ticking boxes, justifying one’s work, sending troves of emails to superiors and colleagues. As much as half of any job can thus be “bullshitised”.

Why are people in bullshit jobs so unhappy

One might think that being paid to do nothing is a sweet deal. But there is usually a high moral and psychological price to pay, which makes workers unhappy or depressed. Not only do bullshit jobs have no valuable purpose but they also involve a degree of falseness (lies) that is hard to bear. In some cases, people in bullshit jobs are even forced to scam others.

The fundamental belief supporting bullshit jobs is thatpeople left to their own devices will always choose to be parasites and abuse the system. Therefore they need to be told what to do and to be controlled. In fact, this is a gross misunderstanding of what motivates us. As psychologists have demonstrated, children take pleasure in “being the cause”. Not being the cause is an assault on our sense of self-importance. “A human being unable to have a meaningful impact on the world ceases to exist.”

The fundamental belief supporting bullshit jobs is that people left to their own devices will always choose to be parasites and abuse the system.

The concept of buying other people’s time is historically recent. A worker’s time is not their own and therefore idleness is theft. The system and the underlying belief that a worker’s time is not their own force them to always pretend to be working on “their employer’s time”, which is profoundly alienating. “If you’re on the clock, do not be too efficient. You will not be rewarded. Instead you’ll be punished with meaningless busywork.”

A human being unable to have a meaningful impact on the world ceases to exist.

Why are bullshit jobs proliferating?

Graeber insists (and demonstrates) that the overall number of bullshit jobs is increasing. At least since the 1930s and especially World War Two, all economic policy has been based on the ideal of full employment. Inefficiency is often regarded as the lesser of two evils. It is believed that bullshit work is better than no work.

In the post-war boom years, productivity gains were shared evenly between workers, employers and government. Since the mid-1970s however, productivity gains have benefited only the creation of additional layers of hierarchy and administrative staff. The more ‘real’ workers were laid off, the more bullshit workers were hired. What Graeber calls the “rise of managerial feudalis” has produceda love of hierarchy for hierarchy’s sake.

Inefficiency is often regarded as the lesser of two evils. It is believed that bullshit work is better than no work.

Also the proliferation of bullshit jobs seems to have a lot to do with the growing importance of finance, which set off “a vicious cycle whereby workers, who no longer felt any loyalty to corporations that felt none toward them, had to be increasingly monitored, managed, and surveilled.”

Why does society not object to them?

We generally consider the number of jobs before their quality and usefulness. Our statistics and metrics don’t measure bullshit. Our public policy ignores it. In fact, our cultures still rely on “a theological tradition of valorizing work as a sacred duty.”

In fact, our cultures still rely on a theological tradition of valorizing work as a sacred duty.

Class power and class loyalty have a lot to do with the fact that when it comes to jobs, social value and pay are inversely correlated. Many people acknowledge the inverse relation and also feel that this is how it should be. Like the ancient Stoics, they believe that virtue should be its own reward. These arguments have often been made about teachers: “one wouldn’t want people motivated primarily by greed to be teaching children.”

One wouldn’t want people motivated primarily by greed to be teaching children.

If the value of work seems to depend on doing something one does not like doing, then “it stands to reason that anything we would wish to be doing is less like work and more like play, or a hobby, or something we might consider doing in our spare time, and therefore less deserving of material reward. Probably we shouldn’t be paid for it at all.”

What can we do about it?

David Graeber believes that one of the ways to kill bullshit jobs would be to find a way to disconnect work from revenues. If you could pay the rent and have health care without a bullshit job, you would be free to pursue more worthwhile pursuits. Along with some libertarians, he is a proponent of universal basic income (UBS). UBS, he insists, must not be means-tested (and therefore be truly universal) and sufficient to provide a good life.