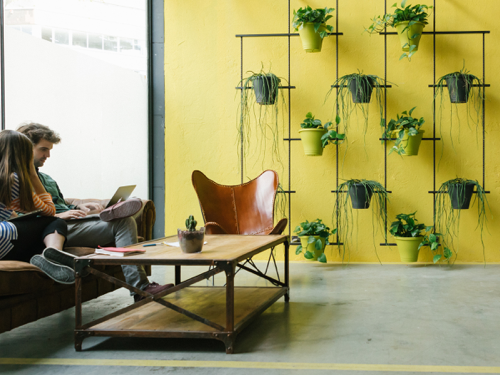 A company’s CSR approach: from must have to must do

Employee’s trial period: a crucial moment to determine your shared future!
Offboarding, how to effectively manage the departure of an employee
What pop, rap and Internet culture can teach you about human resources

CSR has long been considered a good communication tool and a regulatory indicator of corporate activity. Today, it is an essential strategic priority. What lies behind this word? Corporate social responsibility means bringing together all practices which are launched in a proactive manner so as to uphold the three pillars of sustainable development: being economically viable, having a positive impact on society, and respecting the environment. The debate is nothing new, so how can this change be explained?

A little bit of history: from constraint to needing to do better

More than 50 years ago, Milton Friedman wrote that “corporate social responsibility is about increasing profits”, a statement which contrasts with Howard Bowen’s vision in “Social responsibilities of the businessman” which was released in 1953. For a long time, there has been scepticism surrounding the way in which a company reconciles profit and societal challenges before being invited to the strategic reflection table. This switch can be illustrated by some key dates:

There are as many CSR approaches as there are companies but, according to Pierre-Yves Sanchis, the founder of Comeen and e-RSE, some typologies are emerging:

2. What can you gain from being a responsible company?

Why is there such an acceleration to create responsibly? 55% of decision-makers believe CSR is a competitive advantage. What interests do they see in it?

Being able to differentiate yourself in a market which requires transparency

In a hyper-connected world, consumers are increasingly demanding and increasingly likely to avoid companies with poor reputations. In a survey carried out by Landor Associates, 77% of consumers said: “that it is important for firms to be socially responsible”. For today’s consumer, buying is a commitment. In the age of the internet and social media, the slightest slip-up is very rapidly exposed and can destroy a brand.

The public demands transparency and wants to consume responsibly: they learn about products, production methods, and even working conditions. The rapid success of the Yuka app (2 million downloads in March 2018) reflects this trend.

A study carried out in partnership with YouGov of more than 500 senior managers in the United Kingdom showed that, for 37% of companies, their environmental policy has reduced operational costs. Reducing costs using CSR initiatives (flex-office, anti-waste campaign…) is a significant lever when we look at energy consumption figures: according to ADEME, every year, offices in France consume almost 55,000 GWh of electricity. The e-rse website also points to the impact of the internet as being a significant source of energy: “Every year, internet use across the world consumes the equivalent amount of energy of the electricity production of 40 nuclear power plants.”

Every year, internet use across the world consumes the equivalent amount of energy of the electricity production of 40 nuclear power plants.

Another lever of productivity: choosing a more flexible and considerate management. A study published by Alma Consulting Group estimated the direct cost of absenteeism to be 45 billion euros in France in 2014. Yet Sébastien Henry, a managerial coaching specialist, emphasises that « the more we take care of employees, the more they will take care of customers. This is known as a symmetry of attention.» Recent experiences of participative management combined with a more flexible working environment showed a real employee performance: according to a study by Stanford University, an employee who regularly teleworks is 13% more productive.

Improving the employer brand to guarantee its appeal

Demanding and searching for meaning, the notorious Millennials want to work ethically: 56% of young people from Generation Y would be prepared to reject a job if the company conflicted with their values (Deloitte’s The Millennial Survey, 2016). They see their professional life as being a lever of change and they want to invest themselves in it: to improve their environmental impact, to establish a skills-based sponsorship programme, and to develop their local associative fabric… Their massive arrival on the labour market – 40% of the working population in 2018 – has put CSR at the heart of the collaborative experience: how to attract, harness and retain talent. In fact, the Cone Communication study on employee engagement (2016) revealed that 70% of employees would be more “loyal” and “devoted” if a company took responsible action. Companies like Engie have realised this and have created an internal think-tank of young talent which directly puts forward innovative ideas to COMEX.

3. So you’re convinced… but how do you get started?

The challenge is not to launch CSR initiatives, but rather to build a coherent approach which is shared by all and is in line with the issues facing the company.

Some areas of concentration to focus on include:

4. Major groups, entrepreneurs… everyone does it. Some examples.

The Bouygues group is one of the 25 most attractive employers in France. Fabrice Bonnifet, the group’s Quality and Sustainable Development Director, created the intrapreneurship programme “Innovating as a start-up”. The aim: to draw on employees’ creativity to propose practical solutions to the service of tomorrow’s sustainable city. “We know that the ideas come from people who are at the heart of the business. By listening to them, we can become more competitive and attractive.”

We know that the ideas come from people who are at the heart of the business. By listening to them, we can become more competitive and attractive.

On the side of start-ups, the ecosystem is increasingly serving societal change. HappyTech brings together start-ups like Workwell and Wehobby to fight against workplace malaise. Ticketforchange, an incubator of change, supports entrepreneurs who are breaking down walls. This wave is in line with the Frenchimpact initiative launched by Emmanuel Macron: this public banner units and values promoters of social innovation.

This changing economic paradigm is restructuring a company’s own legislative framework: Jean-Dominique Sénart, CEO of Michelin, recently submitted a report to the government which set out fourteen recommendations on the company’s new social and environmental dimensions.