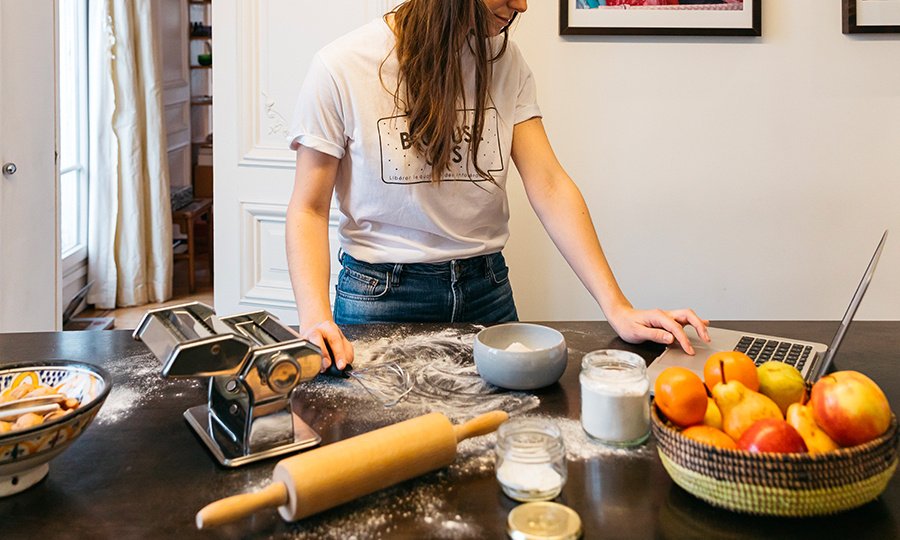 Here’s why our considerations about the workplace must include domesticity

Manager: how well do you master the art of remote work, on a scale of 0 to 4?
Telework: what managers and HR could learn from Buffer's "3 buddy" system
“In three months, remote work jumped a decade forward”

The lockdown imposed on many people by the Covid-19 epidemic is suddenly shining the spotlight on a long ignored workplace, our home sweet home. Yet homes have always been workplaces, for artists and craftspeople and for domestic workers (nannies, care workers, cleaning women), and with Internet and mobile communication, also for all executives and employees whose smartphone is the office. This crisis provides an opportunity to ask relevant questions about the workspace, ergonomics, safety, and management. Let’s stop turning a blind eye to home as a workspace and see it for what it is: a space that is as important as the office or the factory floor.

Ten years ago, author Bill Bryson published At Home: A Short History of Private Life in which he composed a fascinating history of domestic life, covering all sorts of topics such as commerce, architecture, archeology, technology and culture. Little did he know that only a decade later his book would be of interest to many new readers who suddenly find their home to be the only horizon in the context of the COVID-19 epidemic.

Domesticity has rarely been analysed in relation to work. It is generally associated with household chores, family life and leisure, as if it were not an integral part of our market economy. But the lockdown imposed by COVID-19 is forcing office workers to work from home, thus putting the spotlight on a space that has actually always played a key economic role.

The British industrial revolutions of the late eighteenth and nineteenth centuries brutally separated the market and non-market spaces, removing most market production from the domestic space. For example, while textile production (spinning, weaving and producing garments) was once largely done at home, the new technologies of the 18th century - notably the mule-jenny, a water-powered spinning machine invented in 1779 - moved this production to factories and concentrated it in separate spaces designed for more intensive industrial production.

Gradually craftsmanship, which relied at least partly on the home, was replaced by an industrial organisation of labour outside the home. Women were told to stay at home and entrusted with all unpaid work. Outside the home, work was said to be “productive”, whereas in the home it was described as merely “reproductive”, subordinated to the former, and not valued economically.

This invisible, non-market work performed in the home was largely transformed during the 20th century: because women’s work massively entered the market, they were now in paid employment and domestic tasks had to be partly outsourced outside the home. For example, more and more cooking is made in factories (and professional kitchens) rather than at home. Children are looked after by professionals outside the home. People’s hair is cut by barbers. Etc.

Today when we think of work we rarely think of home as a workspace. We believe real work to be done in fields, factories, building sites and offices. Not at home.

Yet, a lot of real work has always been done at home. Many people work there. Many more work in other people’s homes too. There are so many generally invisible workers whose main workplace is their own home or their employer’s. They’re not just a marginal group of artists or craftsmen who have a studio or study in their homes, but also millions of domestic workers who look after other people’s children, do housework, care for the elderly, or provide medical care in the homes of their clients/employers.

More than 80% of invisible domestic workers are women.

More than 80% of these invisible domestic workers are women. They often have poor working conditions. They do not enjoy the same social protection, are more often exploited and work longer hours for lower pay. The working conditions of nannies, care workers and housekeepers are often not perceived by politicians as a political priority. “The condition of domestic workers is more miserable than that of any other group of workers in the capitalist system,” US activist Angela Davis once said.

As for the office, it was designed like the factory, with a strict separation between what’s “domestic” and what’s “professional”. But with the internet and the ubiquity of communication, the home is again becoming a workspace for more and more knowledge workers. In recent years, with the rise of remote work options, the office has become more and more fragmented: it is but one space among several now—coworking spaces, the home, the café next door, etc.

With this epidemic, the home is replacing the office. However, this forced lockdown offers the opportunity (beyond the current crisis) to re-consider the domestic space as a work space in its own right. There are at least 5 reasons why we should seize this opportunity:

Homes have always been workspaces, and hybrid spaces. The crisis we are going through is an opportunity for companies as well as governments to put the spotlight on domestic work in all its dimensions (care, domestic work, chores, parenthood, intellectual work, work/life balance) to improve the safety and well-being of all workers.

Manager: how well do you master the art of remote work, on a scale of 0 to 4?