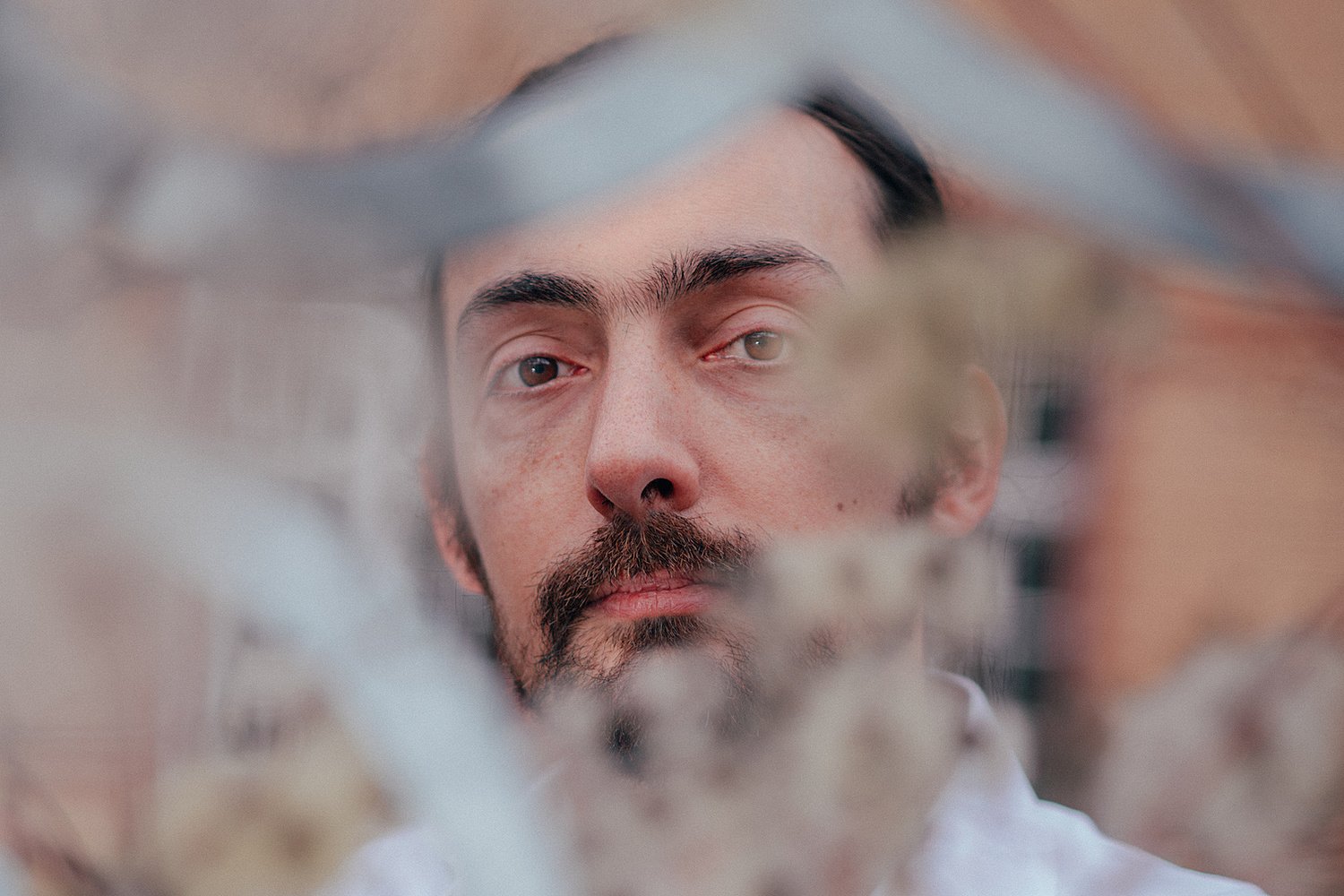 Engineering Management: An Interview with Michael Lopp
The 6 Best Ways to Make a Living from Open Source
Career Hacking Event #2: How to Scale a Tech Team?

The world is burning and technology companies cannot absolve themselves of any of the blame for this. As it turns out, the industry scaling at the current rate is causing significant consequences for the environment. While some of these companies are doing good things to address climate change, they are also, at the same time, reported to be doing terrible things.

Chris Adams, a technologist specializing in climate justice, has dedicated most of his professional career to dealing with this self-serving paradox in tech. “It feels a bit like there are a lot of people who woke up one morning and realized, ‘We are Big Oil now,’” he says. “Like, ‘So I need to make some changes now?’” 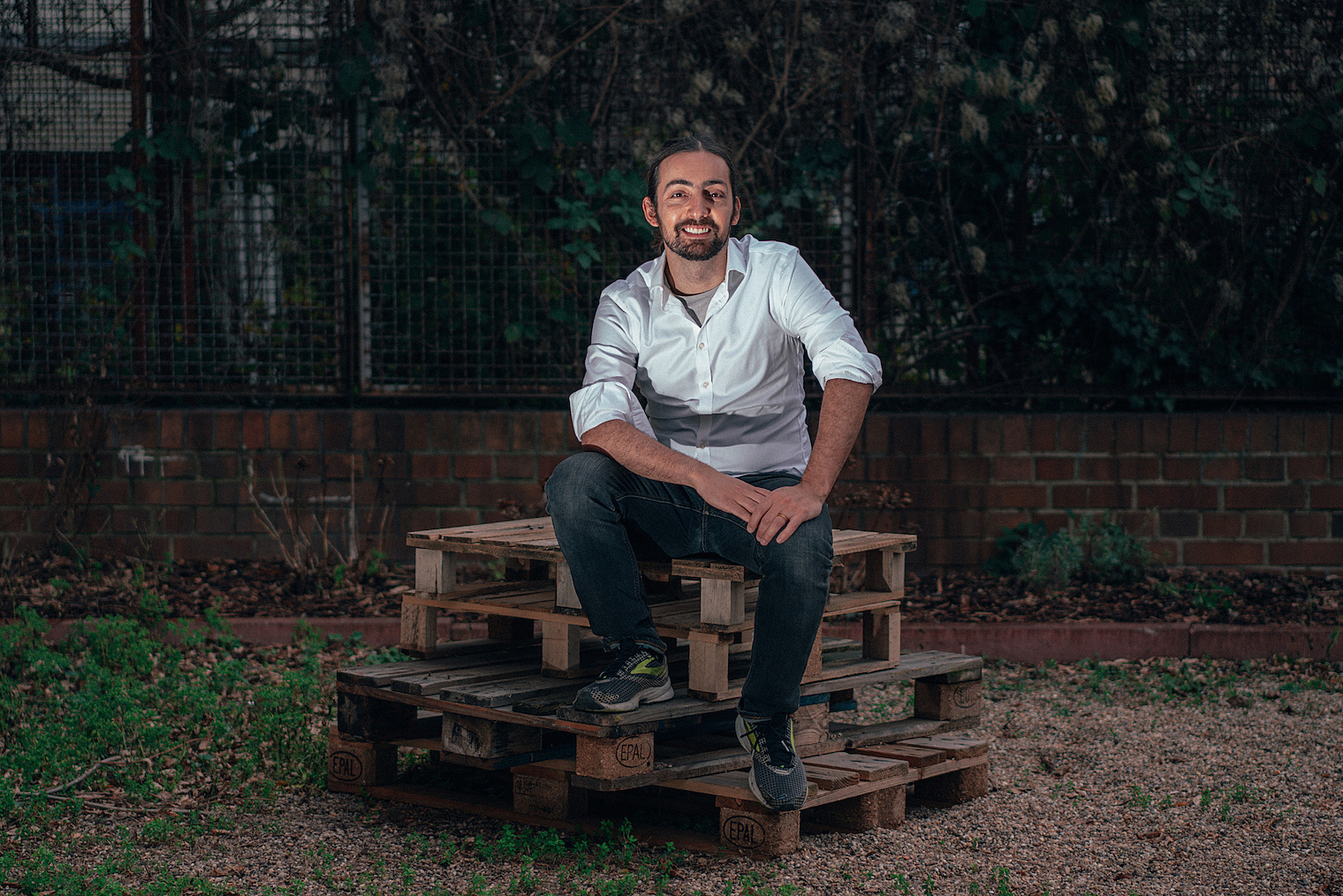 Adams, 37, has a wide range of expertise—design, consulting, product management, coding—but his focus has increasingly become the intersection of technology and the environment. Among other things, he volunteers for Data Science for Social Good (DSSG) Berlin, works on Planet Friendly Web Guide, an open-source and free online guide to how to build digital products without destroying the planet, and helps to run ClimateAction.tech, a community of tech professionals who volunteer their time to work on projects that deal with the climate crisis. DSSG Berlin, which helps nonprofits use data, hosted a datathon in April 2019, runs pro-bono office hours (an initiative in which the organization pairs a non-profit with a data scientist), and matches non-profits with volunteer data analysts in speed-dating-like events.

Planet Friendly Web Guide both uses techniques implemented in service design, user experience, web-performance optimization, and technical architecture, and helps the people who build the web to make more mindful and energy-efficient choices when it comes to the data they collect, the servers they power, and the products they deliver. Adams is the primary author of the guide. “The internet is a great thing. It is also the biggest machine on earth, and it runs mostly on coal, which is bad news for our climate,” states the guide’s website. “While we might not be able to stop using the web, we can change how we build and power it, to make it planet friendly as well as user friendly.” 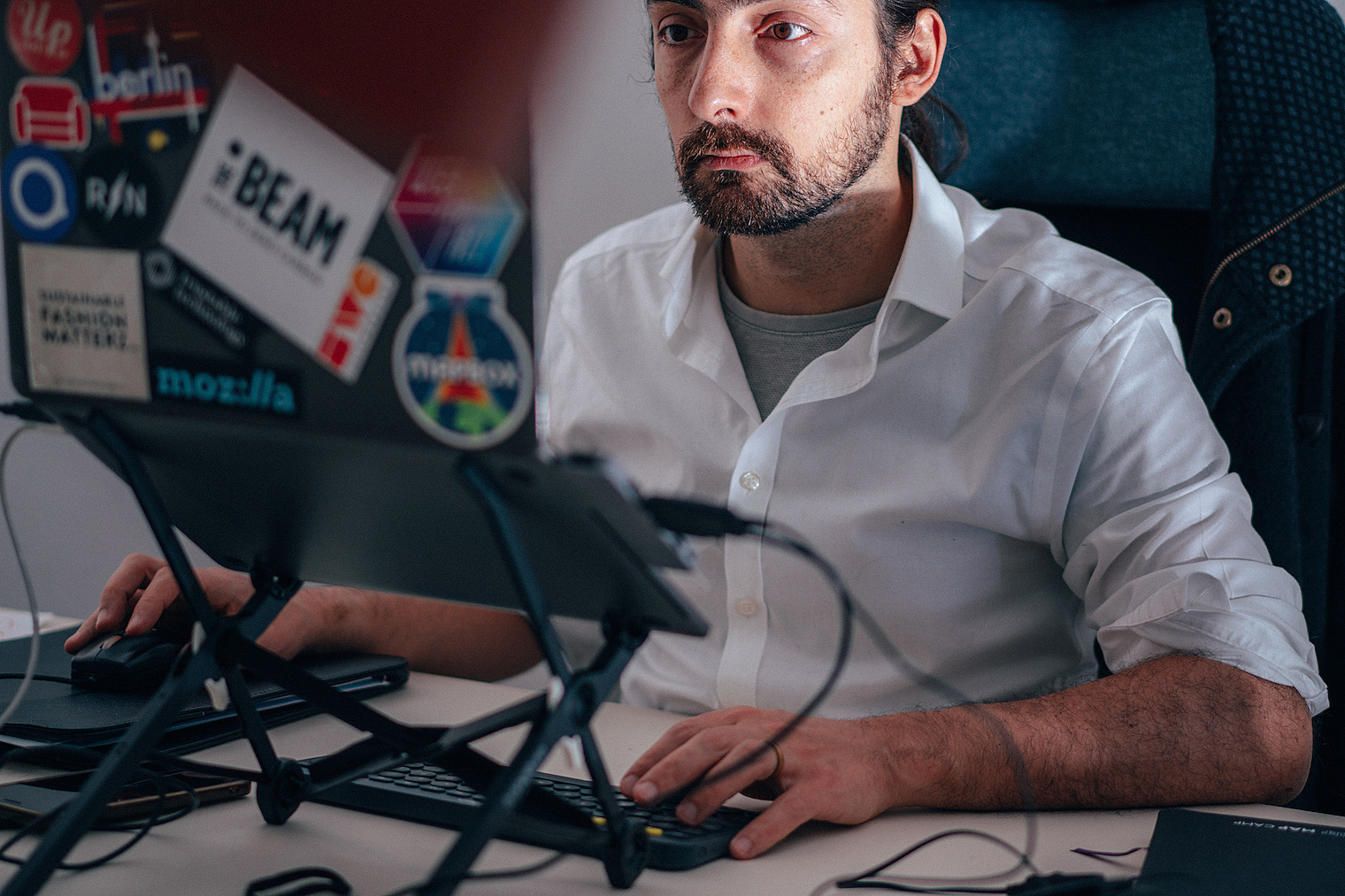 When people think of computing, they don’t often think of the climate crisis. A paper published in June 2019 by researchers at the University of Massachusetts Amherst looked at the environmental impact of deep learning models and made waves online in the tech and ethics communities. Receiving particular attention is its finding that training just one AI model produces almost as much carbon dioxide as the emissions produced during the lifetime of five average American cars. The paper spotlit a pretty niche method of training AI models, but it also served as an important catalyst for changing awareness about the environmental cost of building technology.

“So far, a huge amount of effort has gone toward trying to figure out how we design better algorithms to predict who should get a loan, or who should get bail, and is it ethical to have machines making these decisions,” Daniel Larremore, an Assistant Professor in the Department of Computer Science at the University of Colorado Boulder, told The Outline in November 2019. “But there’s this other ethical component about the externality of computation itself—by doing so many computations, are we putting a lot of carbon into the atmosphere that wouldn’t otherwise be there?” 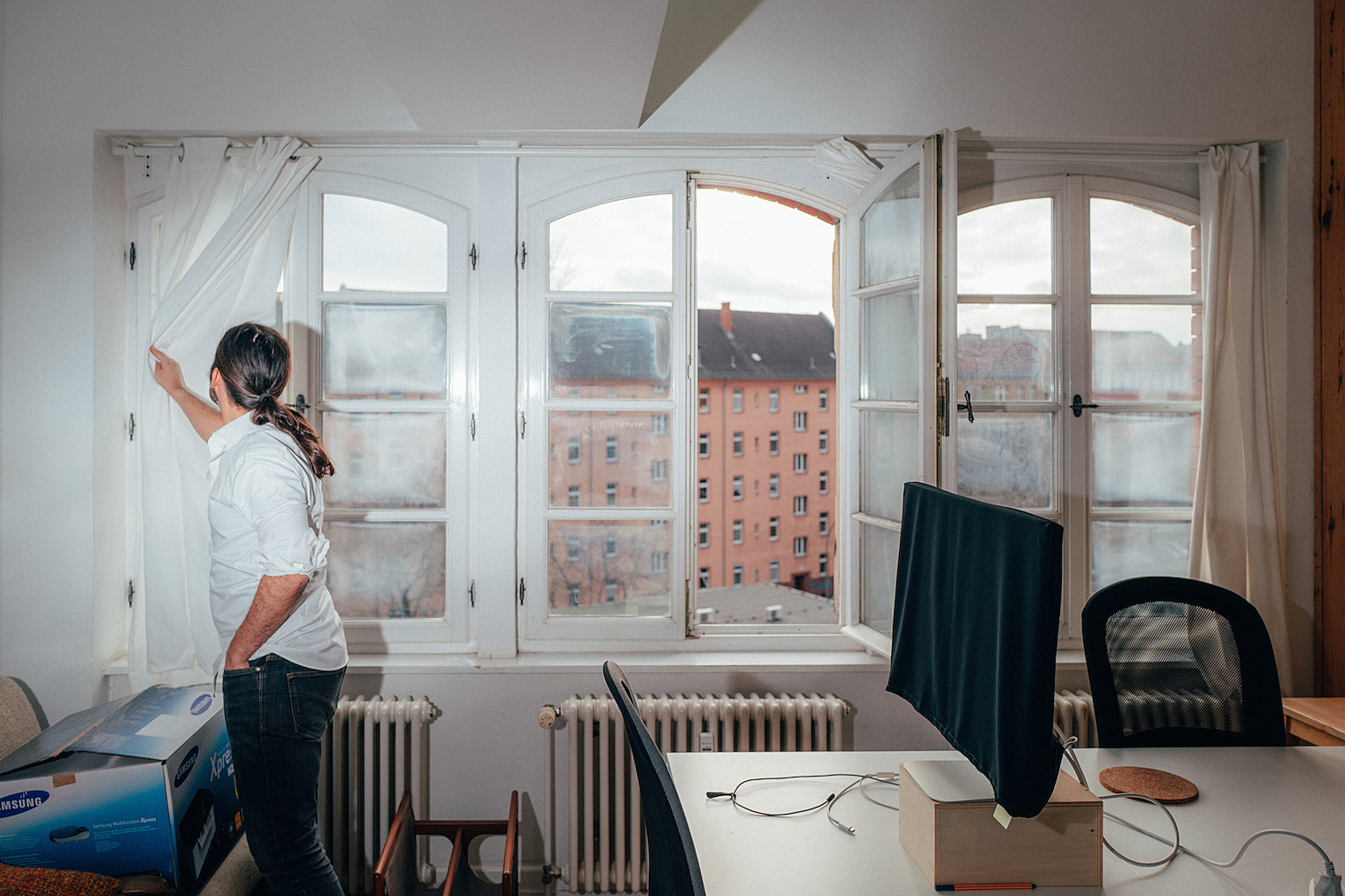 Adams isn’t able to recall an epiphany where he decided to focus on environmental damage; rather, he realized that there was a massive elephant in the room about climate change that had seemingly existed for decades, and it felt like this was the most important thing he could spend his professional time on. Now, he concentrates both on how technologists can be mindful about the ways in which their work has an impact on the environment, and also how tech itself can be used to help resolve environmental issues.

After graduating from the University of Westminster, London in 2006 with a degree in Contemporary Media Practice, Adams knew he didn’t want to work for a large corporation, and couldn’t find any opportunities of interest, so he and a friend started their own company. They were young and idealistic, and although, according to Adams, they misjudged their endeavor, they were committed to working on projects that would make the world a better place. “Basically, since graduating, I’ve been mindful that computers run on electricity, electricity comes from somewhere, and we should be thinking about how food gets on our plate.”

He and his friend got lucky, says Adams, and found a coworking space filled with other people trying to solve similar problems. They ended up working on Loco2, now Rail Europe, an online service that makes booking trains as easy as booking seats on an airplane, a mode of travel that is a huge cause of carbon emissions. They also worked on projects aimed at incentivizing people to use their work spaces in a more carbon-friendly way, for example, through sharing wi-fi and using smart meters. “Starting a company when you leave university [began to feel] like a really, really dumb idea,” says Adams. He and his friend didn’t know how to charge properly for their time or set specific goals, and underestimated how projects would progress. “I got thinner when I was working on a lot of that stuff.”

Adams then spent almost two years working for several companies, still in the climate space, but ended up leaving them after they seemed to become beholden to investors after big injections of funding. “I’ve seen the impact of VC [venture capital] and how that changes the direction of companies,” he says. So in early 2013 he started another company, Product Science, which helps creators grow their product team through coaching and offers specialist consultancy services, including Adams performing a role in a client’s workforce until they are able to fill it internally.

During the same period, Adams relocated from London to Berlin, where he got in touch with the people at Loco2 and started working on product management there. This gave him a good reason to stay on in the German capital, a place he admits he found himself entranced by. In his new hometown, he has moved around from self-employment to agency life to contracting to advocacy, the common thread being a mindful approach to technology, whether as a user or a creator.

“You see tech heralded as this source of hope without [any] thinking through [of] what that entails,” says Adams, noting that while the tech industry has a relatively small carbon footprint compared to agriculture and road transport, it still has a significant impact on the environment, and technologists need to rethink how they work. He also spent a great deal of 2019 trying to grow ClimateAction.tech, whose website states: “[The community’s shared vision] includes deep respect for the many existing efforts to tackle and address climate, an awareness of the privileged position many workers hold in tech, especially in wealthy countries, and a desire to contribute what we can through our time, skill sets, positions and other possible resources.”

Through this initiative, Adams has been working largely with people based in London and Berlin, which is great as he can travel to them by train. In December 2019, he and Mozilla Foundation Senior Program Officer Michelle Thorne hosted two informal study groups at the Mozilla office in Berlin for ClimateAction.tech members who wanted to talk about how they could mitigate the crisis. The focus for their discussions were the 10 bold ideas for climate action in the 2020s drawn up by the climate charity Possible. These include a helpline offering information on climate change and support for those suffering from “climate dread,” harnessing the heat from underground magma to create “community volcano power,” and electric motorways.

“I started doing something like this because I don’t have the answers and I see lots of other people don’t have the answers, and one of the things to be open about is not having the answers,” says Adams. “I got frustrated with this weird sense of learned senselessness—‘I’m just a developer,’ ‘I’m just a designer,’ ‘I can’t help but implement or deliver what a client has asked me to do.’ It felt really frustrating. We should be much more responsible about this.”

When it comes to the accomplishment that most makes him feel like he is doing the right thing and his efforts matter, Adams cites the number of people who have attended the study groups and the sincere interest they showed in wanting to change the way they work. “That’s what has made me happiest,” he says. “We sketched out some kind of guidelines about how we should be working as professionals in tech, and some of that right now is being used and going into some of the guidance for how people in government services are thinking about how they work in tech. And that feels like a nice thing to actually have that I wasn’t sure would happen before.” If he and Thorne can find the space, they intend to continue running the groups in 2020.

As for what technologists can start doing now to make a difference in how they work, Adams says they should think about the impact their products will have on all users, not just the ones they think they are designing for. This isn’t a piece of advice unique to the climate crisis, but it highlights the need for tech workers to have greater awareness of the sheer power and potential influence of the products they are building, as well as their own blind spots. The real-life side effects of these blind spots have been noted over the past few years in cases such as YouTube’s unintentional censorship of LGBT videos and Facebook contributing to stirring up unrest in countries experiencing genocide. “It’s really important for us as professionals to take real steps to avoid doing harm as much as we can,” says Adams. “Think through who ends up being harmed by the people we aren’t focusing our efforts on.”

However, Adams doubles down on his point that being a mindful and responsible technologist, especially now, means making sweeping changes in how you work when it comes to your carbon footprint. Even if you’re not sure what those are yet, it’s still your professional responsibility to acquire the skills necessary to address these challenges as well as think about them from a systemic standpoint. “It’s more about deliberately choosing not to join companies that work on projects that help get fossil fuels out of the ground faster,” says Adams. “Or if you’re already working for one, [it’s about] saying you won’t work on fossil fuel projects—just going to hack days [isn’t enough]. We know we need drastic changes now—we won’t get them by restricting our attempts to bring change by attending hack days and then, the [rest of the year], not thinking about the impact of our jobs.”

And If you’re not going to start having these conversations now, “I don’t know when you’re going to be able to do this,” he continues, “because the next 12 months are really, really, really important. We are running out of time.”