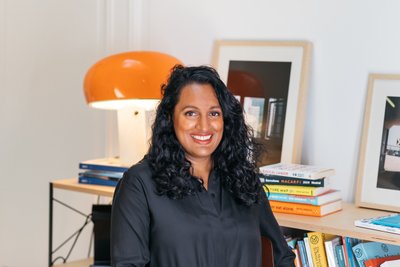 In recent years, there have been more and more articles devoted to the idea of fostering kindness in the workplace. Two camps have emerged: those who advocate kindness and those who think it’s bullshit. Our mindfulness and leadership expert, Betsy Parayil-Pezard believes it is time to take a more nuanced look at kindness at work. In this article, the chief executive of Connection Leadership, a coaching consultancy, examines the issues at stake, not only in terms of business leadership and company culture but as a way of life too.

During an all-day training session once, my colleague asked the group, “What is the place of kindness in a professional setting?” Immediate reactions were mixed. “It’s a cliché,” said one participant. “It’s supposed to be meaningful, but it’s not because it just gets overused.” Another member of the group said “kindness” was mentioned in a document about company values “but I haven’t seen any evidence of kindness there yet.” In later discussions, many participants said they thought this was a shame. “No matter what, kindness remains a fundamental value for me. It’s a moral compass and source of reflection for when we’re creating group projects,” they said.

But what are we really talking about when we talk about kindness? The Merriam-Webster dictionary defines it simply as “the quality of being gentle, caring and helpful.” Some similar words are “goodwill”, “charity”, “benevolence”, and “compassion.” Some opposite words are “cruelty”, “ill will”, “hostility” and “malice.” When choosing between the two, it’s likely that kindness is more appealing than its opposite. However, since the kindness culture trend began, strong arguments against it have emerged. An example can be seen in an article on “toxic positivity” in Business Insider while another in the Washington Post champions a backlash against woke workplaces. These articles present, among other things, the idea that asking people to be kinder can be counterproductive, demotivating and paralyzing.

Many arguments against kindness in the workplace are intertwined with the backlash against woke culture. Also known as “outrage culture,” it has become a mainstay of social media discussions and debates. Using strong language, one position is taken without other positions being explored. An emotionally charged approach often ensures a post or article is more widely shared and read, as happens with tweets or Facebook posts. Jay Van Bavel, a professor of psychology and neuroscience at New York University, pointed this out in 2019. “For every moral, emotional word that people used in a tweet, we found that it increased the rate of retweeting from other people who saw it by 15 to 20%,” he said at the time. Thoughtful language can have the opposite effect, according to Etienne Klein, a French physicist and philosopher of science. “A nuanced statement gives the impression that it is weakened by the form it takes,” Klein said in a YouTube video on the importance of nuance.

This reveals another aspect that’s relevant to managers. As people take a harder line on societal issues, language evolves to express these ideas. And this language has become increasingly inflammatory. If we believe sociologists, our culture is not in danger of becoming too kind, but rather the opposite, thanks to how social media is used. According to Datareportal.com, 57% of the world’s population uses social media and the number has grown by 13% in the last 12 months. A Yale University study analyzing 12.7 million tweets found that users are “trained” to become more aggressive and angrier as their social media use grows because the platforms reward expressions of anger by boosting visibility and likes. The more “likes” an angry post gets, the more likely users will recycle the same language for subsequent content.

This reaction is intimately linked to our biology. Professor Adam Alter of New York University explains that every time you get a “like,” your brain pretty much reacts as it would if you drank alcohol or smoked a cigarette. A social media hit also produces dopamine, the hormone associated with pleasure. Fed by anger, this quest for “likes” can become addictive.

The widespread promotion of kindness in all areas of society might not be linked to a moral injunction alone but is rather a genuine response to the growing phenomenon of malice.

In 2013, a study at a hospital in Stafford, England, revealed that an uncaring culture had been forming for some years. Among the evidence, it was shown that hospital patients were left in sheets soiled with excrement for long periods, people who could not eat on their own were not given assistance and water was left just out of reach. In investigating how such a situation could have lasted for so long, the report concluded that the organization’s culture was to blame. There was a genuine lack of interest from management in how staff provided care, a culture of fear, driven by an excessive focus on results and financial goals, with no concern for the experience of people. The team was described as insensitive and indifferent. Is this an isolated incident or evidence that we are living in an increasingly dehumanized professional world?

I’ve heard many professionals give examples that suggest “caring” is at an all-time low in the workplace. According to one workplace harassment study, 45% of staff in the US have witnessed harassment of a co-worker. And this lack of kindness doesn’t just come from internal corporate culture. In a study of 198 telephone customer service agents, 60% had experienced insults and shouting from the customers.

Kindness is not a concept imposed by a culture war in order to lower general standards; it is a physiological and neurological human need. As many studies have shown, humans are wired to detect and exaggerate what is negative. But human development requires positive emotions, ideas, and experiences too.

According to the Mayo Clinic, kindness lowers blood pressure and cortisol, a hormone that directly impacts stress levels. The practice of kindness is associated with better physical and emotional health, and a longer life expectancy. It is also contagious, as I explored in a recent article. A kind manager will foster kindness in their department or service within a company. Research also shows that kindness increases trust and empathy, both of which are essential for a successful team.

How can you cultivate kindness without making it a meaningless injunction? My recommendation would be to start with yourself. Spend some time thinking about kindness, practicing it regularly yourself and creating initiatives with the people around you.

Here are seven ways to think about and practice kindness.

CEO of Connection Leadership - Coach, speaker, author of “Reawaken your life through mindfulness meditation” and "My little routines : Boost your self-confidence" (in French, published by Marabout) 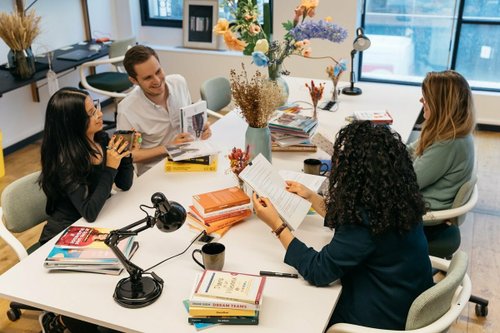