“Listen, I’ve got a really good idea. What if we moved offices and changed our processes, software, daily routine and the whole workflow?” Imagine what kind of response that would get from most people. “Change? Seriously? That’s mad!” they might say. “Things are working well enough. We’ve always done it this way and, anyway, nothing changes overnight.” Inertia is all around us—in our homes, neighbourhoods, schools, workplaces and at every level of government. Introducing change of any kind invites a stream of criticism, suspicion and opposition. Whether it’s only a tweak to their working routine or a major corporate reshuffle, most people find change terrifying. And fear is often paralysing, which perpetuates inertia. So what is the best way to achieve change in the workplace, and to win over colleagues and superiors alike? Vanessa Lauraire, an occupational psychologist and psychotherapist, has some compelling answers.

“Change is scary because it’s an invitation to leave your comfort zone,” said Lauraire. Perhaps you’ve been working hard to become more confident, master a certain task or nail a complicated process when suddenly change comes knocking on the door. “The invitation to change calls your professional identity into question,” she said. “Change feels like a direct challenge to your work and your way of doing things. It’s a stressful situation.” Anything new is thus perceived as a potential disruptor to hard-won balance. “In response,” Lauraire said, “your strategy becomes one of self-preservation and defence: you resist.”

And it doesn’t get any better with time. “The more time goes by, the more resistant you become to change,” she said. “You can see this, for example, in how hard it can be for older generations to adapt to new technologies.”

But where does this resistance to change come from? Is it part of your genetic make-up? “Everybody is prone to fear of change and the unknown,” said Lauraire. Although innovation and disruption are buzzwords in today’s digital era, many habits are hard to break. Look at the issues surrounding climate change, for example. Many people now agree with activists such as Greta Thunberg. But that doesn’t make it any easier to make radical changes in everyday life.

“Why aren’t people recycling their rubbish?” “What about scheduling a weekly team lunch?” “Couldn’t we think about changing providers?” When an enterprising individual suggests a change to the workplace routine—no matter how small—they are likely to be met with lame excuses and avoidance tactics. Here are some of the classic retorts used to silence the disruptor.

“And it’s about to change today!” is one way to answer this. When you get such a rebuttal, it shows that the established order is important to the speaker. Perhaps their favourite saying is, “If it ain’t broke, don’t fix it.” For Lauraire, the fear of change in this context is “a fear of not knowing how to do things differently. But it is also based on a misunderstanding between two individuals”. If you dig deeper, some aspects of the status quo probably could be fixed. The fact that someone is suggesting a change indicates that there is room to improve. “In essence, everything can be improved,” said Lauraire. “A refusal to change can be an unconscious defence strategy against the fear of this change, especially when it comes to the adjustments and adaptation it will entail.”

“We don’t have time for that.”

Just as “Rome wasn’t built in a day,” businesses need time to evolve. “Change and time are intertwined,” said Lauraire. “Change necessarily implies there will be a period of adjustment.” And the bigger the company, the more time that can take. Large companies, with their countless processes, are often criticised for “corporate inertia”. Smaller organisational structures such as start-ups, on the other hand, are often praised for their agility and adaptability. But big or small, time is an integral part of change. More importantly, time lost to implementing change could be time regained in the future under a more efficient system.

“We don’t have the resources.”

Lauraire said, “Citing a lack of resources is a common excuse that prevents dialogue and shuts down any further discussions.” After all, do you have access to the company’s budget? Do you know its financial situation? Depending on your position in the company, this excuse may be enough to stop you in your tracks. Even when the change in question doesn’t involve additional costs, you may be faced with a critic who says, “We don’t have the budget for that.” So if you are given that excuse, you might think about refining your proposal to make it an easier sell.

Vectors of change: getting everyone on board

“The very word ‘change’ can be scary,” said Lauraire. “It suggests a major transformation. I prefer using the words ‘new idea’ or ‘innovation’.” When it comes to convincing, persuading and winning people over, how you phrase it is as important as what you say.

“According to the science of work,” said Lauraire, “a group at work operates according to a set of rules. Together, the workers agree on the work and how to do it. ‘Outside-the-box’ thinking and individual experimentation is one thing, but you must run it past the collective. The new idea must therefore be collectively agreed upon.”

In practical terms, there are a few ways using which you can get your colleagues on board with your desire for change. For example, you can talk to them about it and raise their awareness. “Remember that you are only one link in the chain,” Lauraire said. “By involving the group, you will bring people together and encourage participation in a common project.” The more people on board with your change, the merrier.

There is a time for everything. “Certain contexts can be more favourable to change,” said Lauraire. “Contrary to what some people might think, a problem or crisis can force you to innovate and act differently.”

The context in which you put forward a new idea is crucial, according to Lauraire. “You have to choose the right time and the right person. Ask yourself if the context and timing are right.” The best time to bring up a new idea could be in a small group meeting. You could use a specific point on the meeting’s agenda to raise the issue or turn to a colleague whose say is final, for example. For your suggestion to impress the crowd, you have to address the right person. Finally, make sure there aren’t more pressing issues at hand. Getting a clearer picture of the terrain will only help your idea to gain ground in the long run.

“You’ll be better positioned to convince others that your idea is relevant when you can make them understand what benefits the proposed change will bring,” said Lauraire. “There are several motivational levers you can use when introducing change: [it will] make work more meaningful, help others to acquire new skills, boost performance or increase profitability. You need to highlight the benefits in general.” How does this project benefit the team as a whole? What positive impact will it have on the collective? Look at the big picture—don’t defend your individual stance but show what the group will gain by changing.

You don’t need to know your line manager’s stance on climate change to predict the outcome of an aggressive attack on office recycling habits. If you walk into their office and simply tell them things are shockingly outdated, your idea is likely to fall flat. “It’s good to be a source of new ideas,” said Lauraire, “but it isn’t the same as merely pointing out problems. You also need to offer solutions. Don’t raise an issue with your manager and put the responsibility for fixing it all on their shoulders. Instead, argue your point with an action plan, potential cost and other concrete concerns. Show your audience that your idea won’t increase their workload and that it will benefit everyone.”

5. Practise what you preach

There is a sure fire way you can help bring about meaningful change in the workplace: leading by example. “Leading by example makes the change concrete,” said Lauraire. “You can achieve change through small actions. Innovation always begins from the ground up. Embodying an idea by setting a good example is a concrete, tangible way to prove that change has value.” If possible, try suggesting a trial run to your manager or management team. It shouldn’t be something disruptive but should bring about positive change.

If you’ve tried everything and your new idea isn’t being taken up, it might be time to look inward. “What is this change really about? Does it show I don’t share the same vision and values as the company? Or is it just about processes? Is it more of a personal issue? Is my idea really relevant?” said Lauraire. “Finding the right answers to these questions can take a bit of soul searching.” Examining what lies beneath your desire for change might reveal a deeper, more personal motivation.

“If you’re sure it’s a good idea but it wasn’t the right time, don’t let it get you down,” said Lauraire. “You must not give up and shelve the whole thing. Keep your drive and motivation intact. Often, when a new idea succeeds, it’s because it has failed a thousand times before. There is no such thing as permanent failure, just good ideas at the wrong time.”

Fresh schemes and plans for change sound good, but an idea that hasn’t been turned into a concrete project is still just an idea. The real question to ask yourself is how you can turn your proposal into a practical innovation. “Innovation is an idea that has found its market,” said Lauraire. 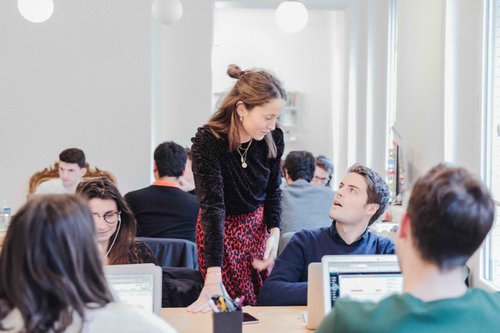 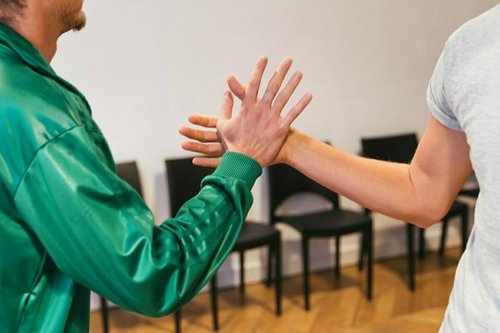 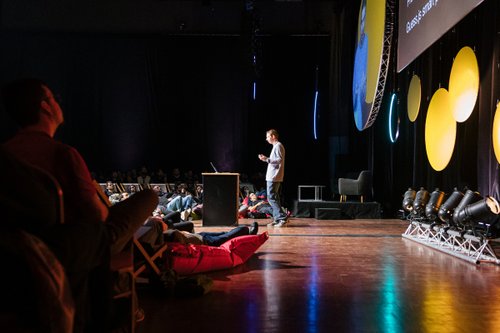 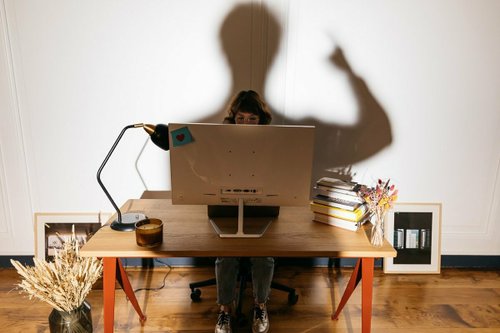 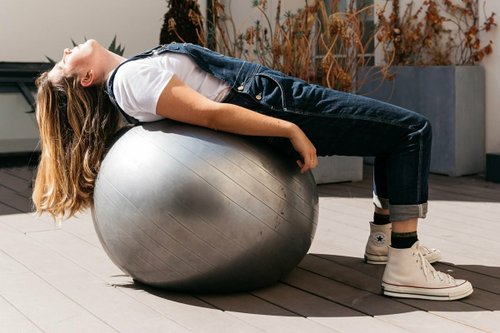