As the name implies, a CTO–chief technology officer—oversees the entire technical development of their company, including the website, application, and software development. However, the profession is ever-changing and covers a vast range of further responsibilities. Often, a CTO’s strategic vision influences a company’s overall decision-making, because the role encompasses both technology—knowledge of which is highly prized these days—and a lot of management. Welcome to the Jungle met up with Francis Nappez, CTO and co-founder with Frédéric Mazzella and Nicolas Brusson of BlaBlaCar, to get the inside scoop on his profession. Here’s what we found out.

DO: Master time management for yourself and others

Francis Nappez’s main goal is making sure the time his team spends on a task is evenly distributed. “I have to make the best possible choices when it comes to time, so that the company moves forward and successfully fulfills its mission,” he says. “That means paying special attention to the amount of time that the tech team spends on an issue. I need to ask myself is it beneficial for the company? For the customers?”The idea is to achieve good time management, by hiring a new developer, for example, or successfully prioritizing what needs to be done. It all boils down to one question: “Did you devote the right amount of time to the right issues?”

“I have to make the best possible choices when it comes to time, so that the company moves forward and successfully fulfills its mission”—Francis Nappez, CTO at BlaBlaCar

DON’T: Hire in a hurry

The current shortage in tech talent makes recruitment a difficult task. There just aren’t enough candidates for every new position that opens up in the sector. There’s a race to fill the role and pressure mounts at even the slightest mention of a potential candidate. Nappez cautions against rushing a decision, though. For him, if you have any doubts when hiring someone, that’s usually a bad sign. “Follow your intuition, don’t just hire for the sake of hiring,” he says. “Whenever I’ve had doubts before I’ve recruited someone, I’ve always ended up regretting it. It’s usually that both the skills and human aspect were missing during the interview.” The moral of the story is, even when there aren’t enough candidates, you should still take your time if you want to recruit the right person. 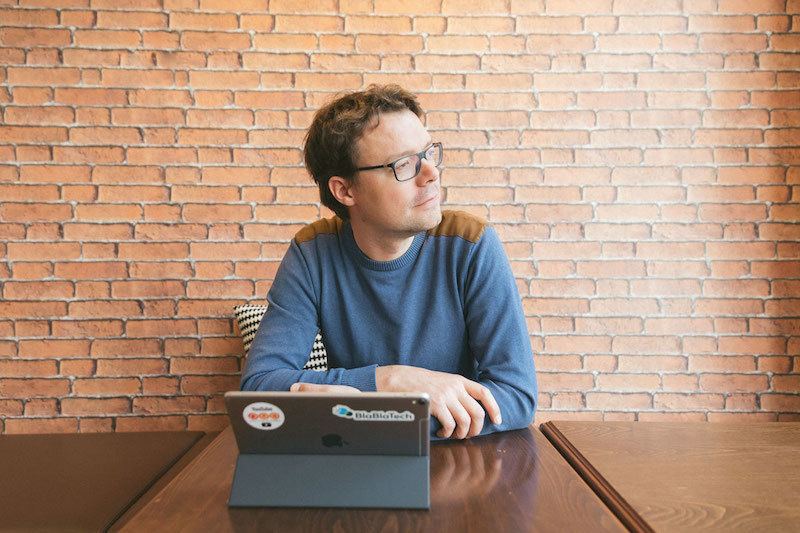 Learn more about: Sectors and jobs

When asked to summarize his job, Nappez answers that he “builds the team that builds the platform.” With a CTO’s role stretching across a whole range of responsibilities, it can’t be defined purely as a managerial one. The job could even be described in terms of triple management: “Management of time, people, and technology.” Good management is a genuine necessity that energizes teams and motivates employees. Having a CTO who is a good leader will also have a direct impact on the user. Being extra-inspired helps to motivate teams to meet the challenges of the fast-paced tech industry. “I like to support teams and individuals on a personal level,” says Nappez, “which means encouraging them and valuing the technical and human contributions they make.”

“I like to support teams and individuals on a personal level, which means encouraging them and valuing the technical and human contributions they make”—Francis Nappez

Beyond the CTO’s specific areas of responsibility, it’s also important to know what’s going on within other teams in the company to ensure everyone is going in the same direction with internal projects, rather than against them. This means lending an ear and making time to collaborate. “You have to make listening to other teams a priority, so that you can find out what is important and then see how you can help,” advises Nappez. “Our role is very cross-functional.” Spending time with other teams is also key to maintaining this connection.“I’m here to understand their problems. I’m interested in spending time with them to ensure that the decisions I’m going to make are consistent with their needs,” he adds.

“You have to make listening to other teams a priority, so that you can find out what is important and then see how you can help. Our role is very cross-functional”—Francis Nappez

DO: Give communication a boost

“CTOs may underestimate the need to communicate. We have our engineering side, so we sometimes assume that saying something once is enough. That’s not the case. Ramping up communication is key,” says Nappez. Communication is all about sharing—it’s about listening to others, hearing what they have to say, and putting it all together. This approach confirms that what you are doing is in line with the company’s overall mission. “By bringing together different viewpoints, you will see where you want to lead your tech team,” he continues. Listening is of paramount importance, and this includes listening to the CEO, the board, each team member and, in particular, the users themselves—it’s how you get the full picture. “The whole idea is that achievement should come naturally, through the signals we send out or the priorities we set,” says Nappez. 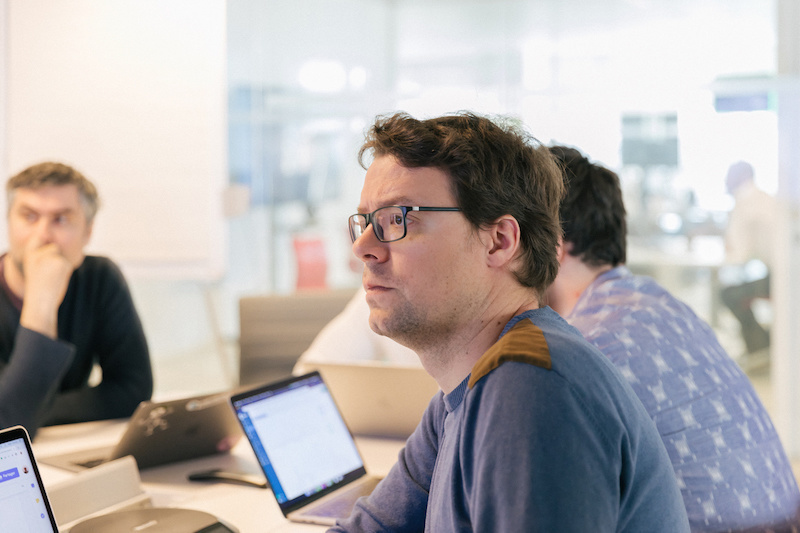 Remember that, in every company, tech projects come in thick and fast, and the main goal of all employees is to make the most of the time available to them. It’s not about building a solution at any cost, but more about asking if someone has already solved this problem, how they did it, and at what price? It’s also important to look into whether other companies have already taken the same steps, and to not hold back from making good use of what has already been done as a way of managing your own time better. “Tech people have this intense desire to build everything themselves,” says Nappez. “Sometimes you have to trust other set-ups or services. Our goal is to build only what others will not build for us.”

“Tech people have this intense desire to build everything themselves. Sometimes you have to trust other set-ups or services”—Francis Nappez

DO: Be pragmatic and stay focused

Keeping your feet on the ground is the secret to becoming a great CTO. It is very important to stay focused on one task, but at the same time, that task must be realistic and achievable. Nappez explains: “Some tech people build incredible things that they don’t actually need. Six months later, the company is filing for bankruptcy.” The CTO must continually challenge themselves to ensure they aren’t making the wrong choices, but focusing on the real needs of the company and prioritizing the right issues. The key, above all, is to avoid launching 50 projects simultaneously and to remain pragmatic. “You need to understand why you’ve made some choices and decided not to make others,” he adds. 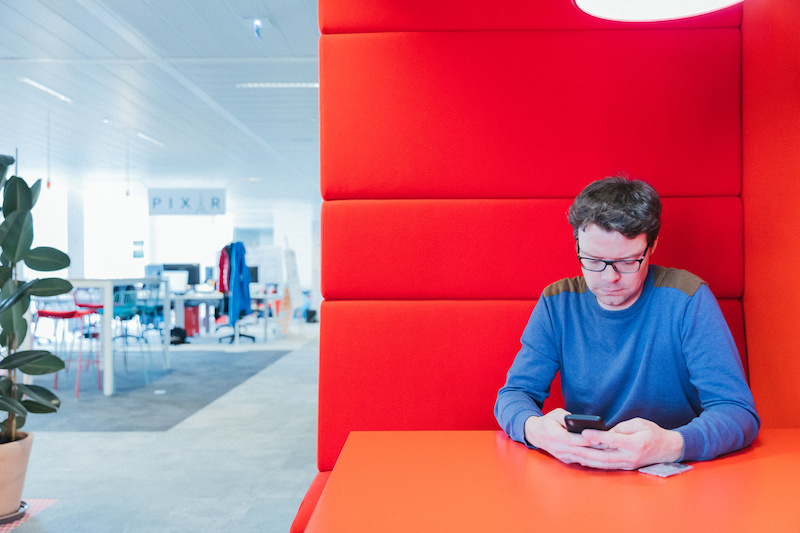 DON’T: Believe you are building something eternal

“We sometimes believe we are building cathedrals, but life makes everything go so fast, and some creations become obsolete within a few months,” says Nappez. Since a company’s objectives evolve, technology changes, and consumers’ needs progress, a CTO must always be able to adapt. Once again, remember to respond to real needs and ask yourself this question: How do I offer the best solution in a limited amount of time so that the impact on the company and our customers is as effective as possible? The important thing in development is always to learn from what you do so that you can do it better the next time, not just in terms of the technology but also when it comes to improving the customer experience.

“We sometimes believe we are building cathedrals, but life makes everything go so fast, and some creations become obsolete within a few months”—Francis Nappez

DO: Talk about problems, not solutions

“Talking about solutions is a bad thing—you need to be talking about problems,” says Nappez. For every problem that arises, a CTO and their teams are always faced with thousands of potential solutions. In order to choose one, you need to go back to the fundamental problem and study it in depth. What do you want to change to make it better? “Reflection and theories are inspiring, but you must ensure that you ‘get your hands dirty’ in the real world,” he advises. “The teams help me find the problems, as they’re the ones who feed me information. Then, when we encounter a problem, we try to qualify it, to get an overview, so that we can resolve it.” The more focused you are on the problem, the easier it will be for you to find the solution.

DON’T: Be rigid about your responsibilities

In smaller companies, a CTO can have a very operational role, be more of a contributor and less of a manager. On the other hand, when the company has more than 20 people in it, you have to be more organized as well as good at explaining things. You need to spend more time communicating and illustrating to the rest of the team why certain tasks are important. Depending on what stage a company is at, a CTO’s role can take different forms. “You go from being a ‘doer’ to being a ‘leader’, where you have to make decisions and communicate them,” explains Nappez. “The team behind the project must understand why they are working on it, what the goal is, and then the rest will come easily.”