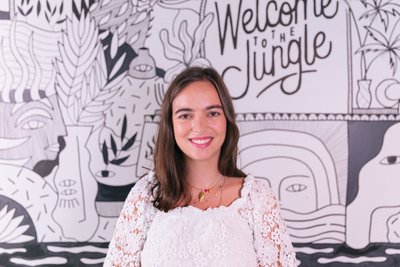 No one is happy when their Covid-19 test comes back positive. Even with symptoms that aren’t “serious”, having the coronavirus is an unpleasant experience. What’s more, you could end up losing your sense of taste or smell for weeks. For some individuals, however, the situation can be much more complex, particularly those whose livelihoods depend on these senses. Perfumers struggle to design scents, for example, and chefs can’t create signature dishes. So how do professionals who rely on these senses feel when they are gone? How do they adapt? And how can those who haven’t been affected ensure these critical senses are protected? To better understand this problem, we asked the difficult questions.

Five years after losing his sense of smell following an accident at home, Jean-Michel Maillard created the Anosmia Association in France with the intention of “fighting for this sense”. In his view, it is important to distinguish between the loss of smell and the loss of taste. “In everyday language, we say we have ‘lost our taste’ when in 90% of cases we have really only lost the sense of smell. These are two different senses,” he said. Not far away, at the Institut du Nez Paris, which specialises in issues with the nose, Dr Gilles Ayoun explains that anosmia, or the loss of smell, affects about 80% of patients with Covid-19 symptoms, while ageusia, or loss of taste, is less common. “These two sensory losses are often interlinked,” he said. “In fact, the taste of a food comes from a combination of its flavours––salty, sweet, sour, bitter––its smell, and its texture as perceived by the pressure of the tongue against the palate.” No wonder people feel disoriented when these senses are lost, especially when they rely on them as part of their day-to-day work.

In her pastry lab in London, Filitsa Gray experienced this problem last year. Between March and July 2020, the vegan baker completely lost her sense of smell and taste. Things have not improved much since then. “By the end of July, I had recovered about 50% of my sense of taste, but many foods were still tasteless and others didn’t smell the way they did before,” she said. “Then I would smell petrol and cigarettes for days on end, to the point where it would wake me up at night.” In medical terms, Gray now suffers from parosmia—perceiving an odour that does not correspond to what one is actually smelling—and phantosmia—olfactory hallucination or perceiving a smell that doesn’t exist. These two phenomena are part of the “road to recovery for a very large number of Covid-19 patients”, according to Maillard.

Most patients affected by anosmia and ageusia recover these senses within a month of their infection with Covid-19, according to Dr Irfan Syed, who is an ear, nose and throat surgeon, and director of the London Smell Clinic. Unfortunately, he notes, about 10% of his patients do not see an improvement in that time. Aside from the obvious psychological impact, Syed points to a “strong association between loss of smell and symptoms of anxiety and depression”. He said that many professionals are affected, “especially in the hospitality and perfume sectors” where the condition can threaten their income and even career.

This is true of Gray, who has yet to recover her full olfactory capacity. “When the symptoms started, I felt like I was losing the most important thing in my career,” she said. “Sometimes I would try to tell myself that everything would be fine. But then when I needed to smell or taste something, I would realise that no, everything was not fine. It was like I was in a period of mourning.” 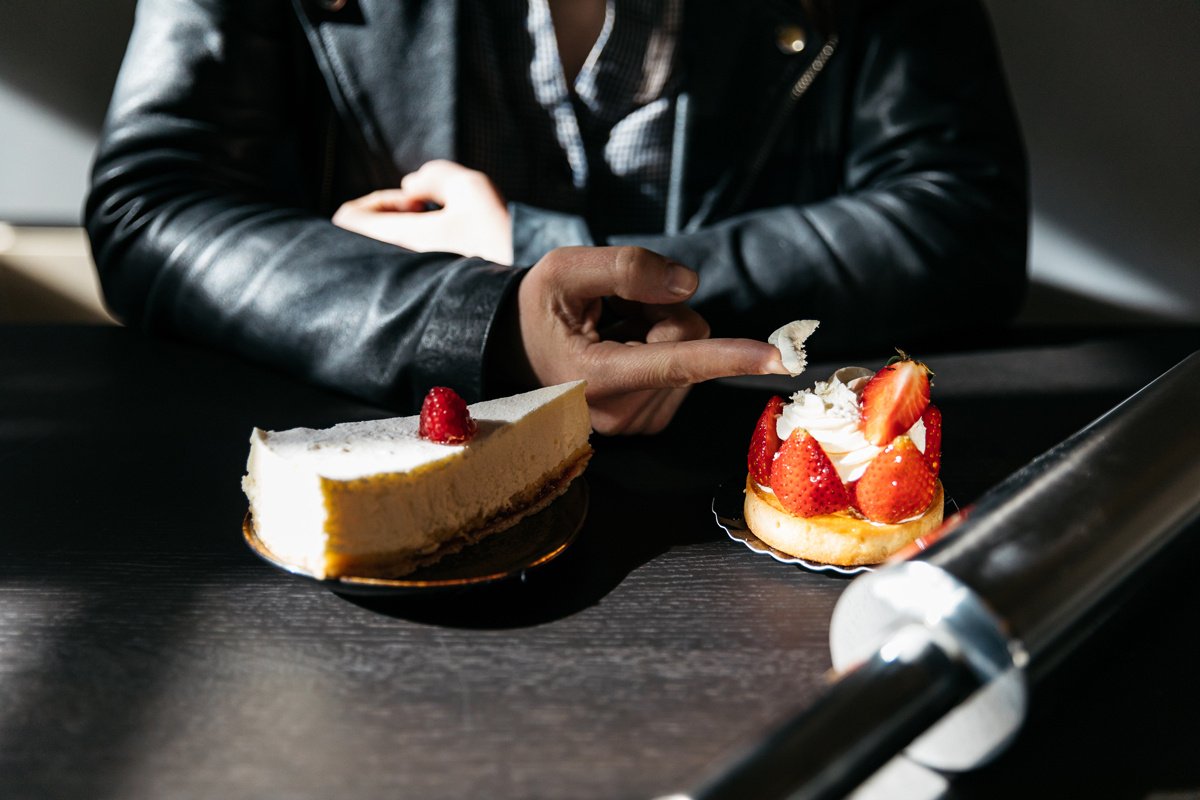 Despite this, the chef does not limit herself to recipes she had created before falling ill. “I use my experience to put together ingredients that go well together,” she said. “The problem is, I can’t test them—chocolate still tastes like cigarettes! Sometimes my partner is here to check my recipes. Other times, I just have to trust myself and learn to get help from others.” Happily, her customers still compliment her cakes. Other than two long-standing regulars, most of her clients have no idea what she has been through. She prefers to remain discreet: “It would be like asking someone to paint your portrait while blindfolded. When you find yourself in that situation, you don’t want to be judged and immediately overlooked without having the chance to prove yourself.”

In the face of these obvious concerns, how can those who make a living using smell and taste protect themselves? Nathalie Helloin Kamel, vice-president of The Fragrance Foundation France, said: “We protect our hands as well as our eyes. We have to be the best in class.” When it comes to using their noses in particular, while she and her colleagues used to test formulas together, that’s now just a distant memory: “It’s no longer possible to test in pairs, without using masks, in the same room. We feel a bit isolated. It all becomes very complicated.”

Helloin Kamel explains that while a perfumer’s main tool is the brain, it is the nose that makes the ultimate decision: “Composers first create in their heads, drawing on a kind of olfactory library of the mind where they store thousands of odours. They start by writing the formula for the perfume, then use their nose to smell it and pass the final verdict. One does not work without the other.”

It would be difficult for those affected to function normally in the profession. Helloin Kamel said: “Even though I’ve heard very little about serious cases in the profession—perhaps thanks to our very strict protocol—one can imagine that a perfumer who is deprived of their nose would have to compose based on a formula they create, and then have a partner test the smell, without being able to verify for themselves that it corresponds to what they envisaged. It would be extremely frustrating. It would be like Neymar breaking his leg!” 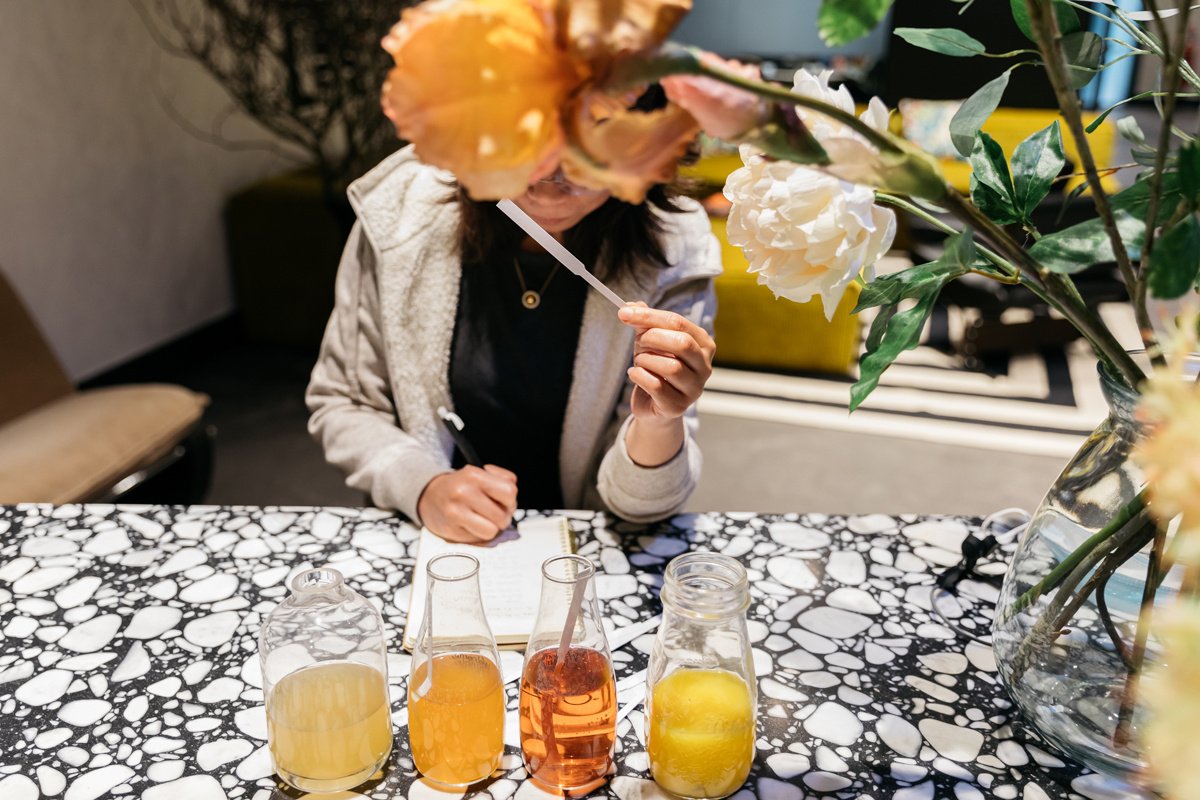 Adapt by any means necessary

When you lose your best asset, after the anxiety wears off, you have no choice but to adapt. Before Katia began her training in oenology with Franck Thomas, Europe’s best sommelier, at 50, she never dreamed it would be so challenging. Testing positive for coronavirus on the morning of December 26, she lost her sense of smell two days later. She couldn’t tell rum from whiskey by smell or by taste: “I knew it was alcohol, but I couldn’t identify them.” How could she sit her tasting exam? Initially, Katia felt immensely frustrated. “For me, the nose was the foundation of the profession!” she said. In the end, even though she took her exam with tears in her eyes, she now has a new tasting method: “Not being able to use my nose has forced me to focus more on the visual of the wine, and my sensations––Is it warm, cold, cheery, sad?––which I had not done as much before the virus.” Determined not to ignore this emotional dimension, Katia even humorously recounts her experience on her blog.

It was much the same for Olivier, a consultant for La Cuina D’en Garriga, a restaurant in Barcelona run by his wife. Usually, he creates the hundreds of recipes on offer and selects the wines. Hit by the virus last December, he is no longer able to test his green pea hummus or his potato salad with smoked sardines—or update the wine list, for that matter. Although “sick of it”, Olivier has bounced back. “For the food, we can always ask someone else to test it. It’s annoying, but we can still do our job. When it comes to wine, losing those two senses pushes you to develop others. You learn to test wine differently. You focus on its colour, its density. And suddenly you start listening more to your suppliers,” he said with a laugh.

In her kitchen in Blackheath, southeast London, Gray has also adapted. In addition to creating new recipes, she has launched a range of kitchen products: “I make kits for baking and decorating cakes at home. The advantage is that I don’t have to constantly smell and taste. Since this situation has lasted longer than I ever imagined, I focus on what I can do to keep moving forward and I use my imagination.”

Working to recover the senses

Dealing with this kind of loss also involves retraining your senses. You can start at home, like Katia, who “practises smelling every day, trying to remember smells she used to know, and to exercise her brain”. Through his association, Maillard offers a programme to rehabilitate olfactory neurons using essential oils. Ayoun advises practising olfactory rehabilitation regularly by using the power of olfactory memory. He emphasises the importance of appealing to the emotional brain, which involves creating associations between smell and memory, to make it easier to get the sense back.

“Psychological support is as important as medical treatment,” said Syed. “Recognising the significant impact of smell [and taste] is vital.” In other words, providing meaningful support to those affected requires an understanding of the importance of their senses and how losing them constitutes a genuine ordeal. According to Maillard, “Even in the land of perfume, gastronomy and sensuality [in France], we do not understand the importance of taste and smell.”

This is why talking about anosmia and ageusia with patients, and educating them, is important to collectively find “resources that will help them to recover” both personally and professionally. Olivier, who remains optimistic, says that people can always “broaden their horizons” as they find ways to keep going in the face of adversity. 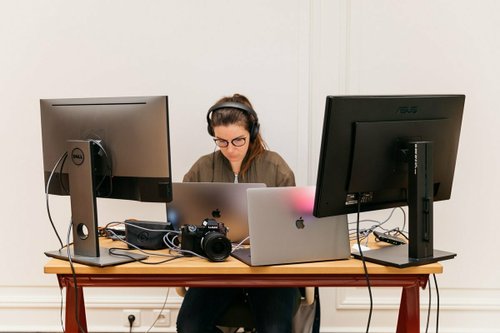 Working on a computer: How do you keep it from damaging your health?

Have you noticed colleagues turning up for work with very red eyes or a hunched posture? 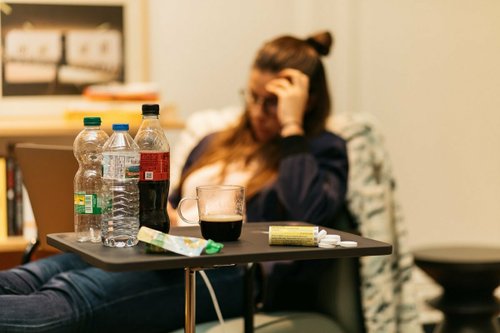 Hungover at the office: how to get through the working day

Hard day at work after a superb happy hour the previous evening? Here's just the guide you need to push through! 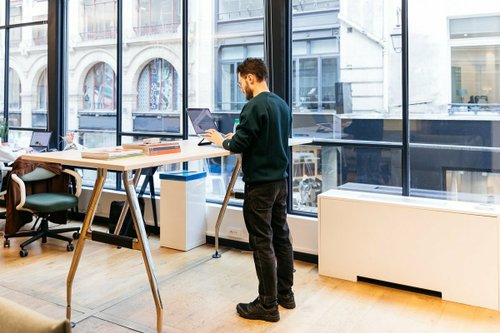 Standing up: do we work better on our two feet?

Standing desks have been on the radar for a while now. But are they truly beneficial for our health and well-being? Let's find out. 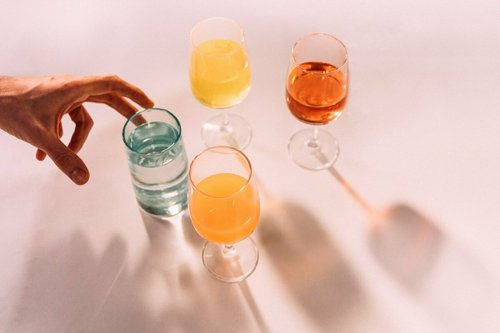 Dealing with alcohol at work: Raise a toast to sober workers

The pandemic changed us — even our drinking habits. We hear from five people on how they deal with workplace drinking culture. 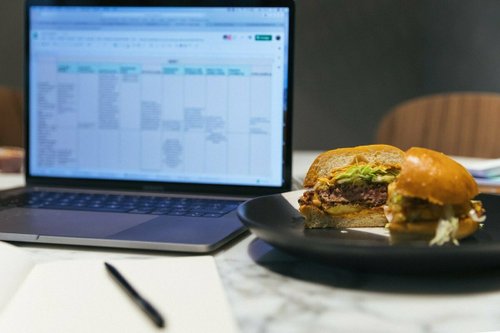 How working from home affected my eating disorder

For people dealing with eating disorders, working from home has affected the way they manage, control and cope with their food anxiety.