Switching from an eight-year career in customer service to professional dancing is not everyone’s cup of tea. But Mithun Gill took the risk anyway, to pursue his life-long calling. His switch was difficult to say the least, but not an impossible feat.

When Mithun Gill turned 30, he put down his headset, looked up at his computer screen and realised that he would never be happy if he continued working behind a desk. “I felt unsettled, unhappy and unfulfilled. There was nothing stopping me from progressing at work, I was good at what I did. But something was stopping me from going that step further,” he said.

Where it all began

Born and raised in Bedford, Gill was drawn to kathak—an Indian classical dance similar to flamenco in movement and ballet in theory—as a child. “There’s a beauty in it [kathak] that I can relate to,” said Gill. At the age of 12 he met his guru, Sujata Banerjee, during a dance and drama community project. He then began classes in kathak and in 2007, he graduated with a degree in dance performance from Middlesex University in London.

“…as I recovered from my illness, what took its place was something a lot harder to recover from—a sense of self-doubt.” 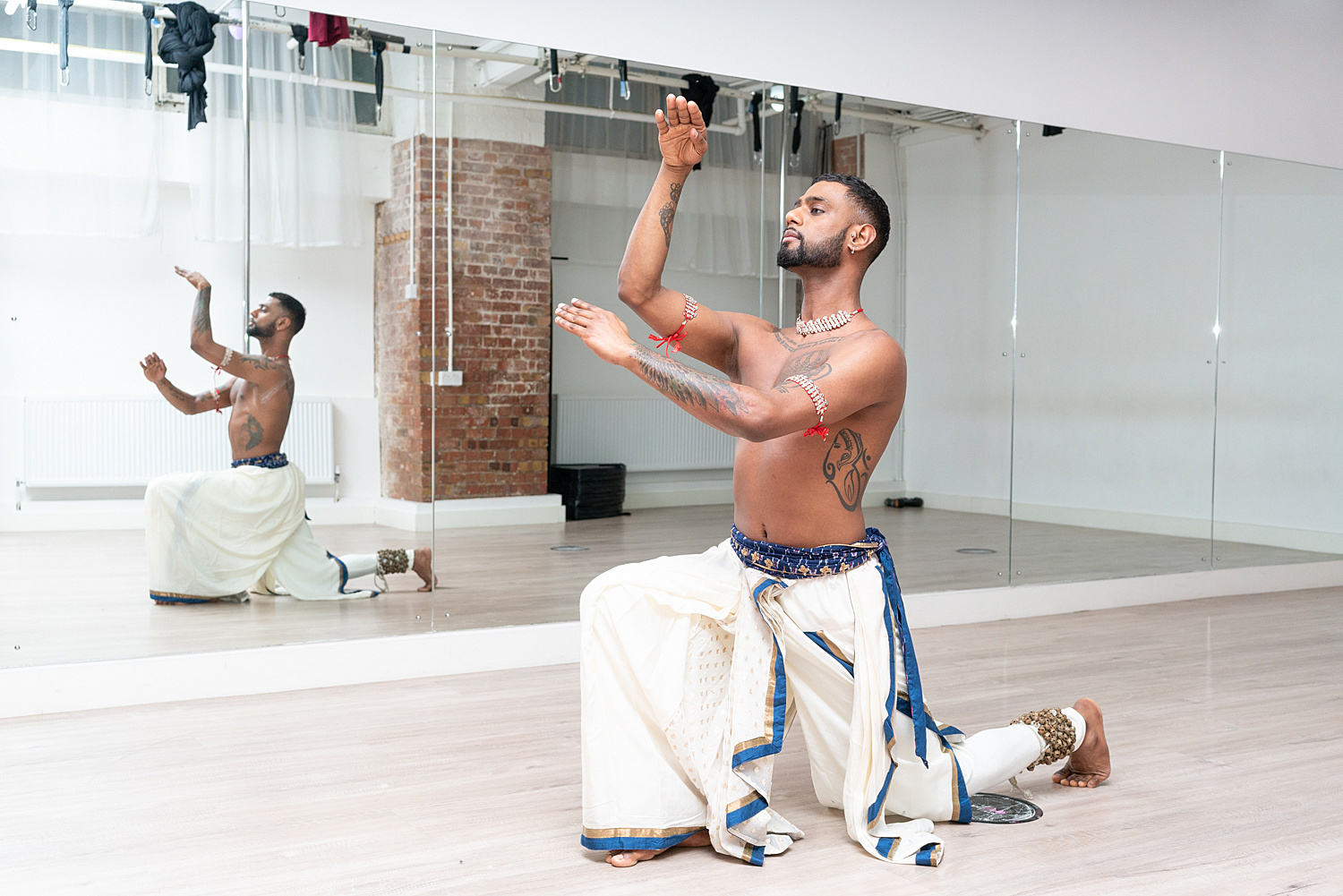 Soon after, everything changed. Gill was diagnosed with a life-changing illness and was unable to pursue a career in dance. “I focused on recovery, but through those years, as I recovered from my illness, what took its place was something a lot harder to recover from—a sense of self-doubt,” said Gill. He began to question if he could make it professionally as a dancer. “Could I physically cope with the demanding nature of the job? Will I earn any money to sustain the life I want?” These doubts led him to abandon his dream and start working in customer service at Autoglass, where he was comfortable but far from content.

Gill first learnt about Autoglass when his mother worked at the company several years ago. “I was applying for multiple jobs at the time [after college] but decided to take the Autoglass offer. Bedford is small, so it helped that I knew some people already working there. I started off at the call centre and then worked in different departments until my last position at the billing validation department,” said Gill.

His work at Autoglass included handling logistics between customers and insurance companies, as well as technical skills to assess the damage caused in each case. But perhaps the most difficult part of his job involved human communication skills—breaking the news to customers in case their insurance policies didn’t come through.

Before he reached his tipping point at 30, he continued to dance. He attended several week-long summer intensives during his eight-year career in customer service. This training, however, was erratic and left him longing for more. Between financial stability and his passion for dance, Gill found himself in a tough spot, considering that 68% of actors, dancers and musicians in the UK earn under £5,000 a year—and 66% have to take second jobs to make ends meet.

In March 2016, a few months before his 30th birthday, Gill toured with his guru’s company and performed at a festival in New Delhi. “Being back in a studio for rehearsals was the environment I had been missing,” said Gill. This tour gave him the final push he needed. In June, Gill handed in his notice to pursue dance professionally.

“…I knew something was missing. I just had a disconnect from myself and being creative.” 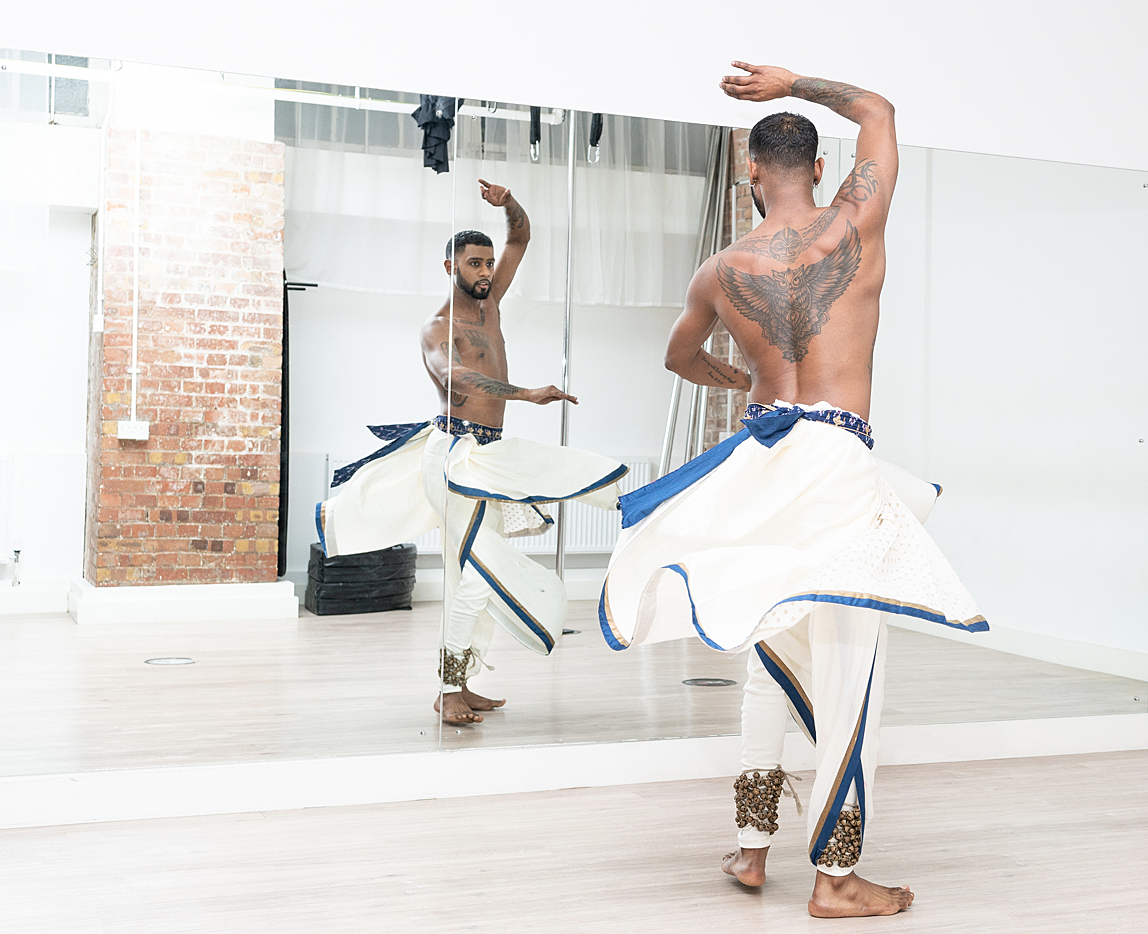 “I was actually very good at my job, in all the different roles I had at Autoglass. My call quality was always way above target. My work ethic was always commended by managers,” said Gill. He had a future at the company and could have quickly risen through the ranks. “As much as I was good at my job, I don’t think checking insurance policies and knowing the types of glass that go in a vehicle was really my calling in life. I knew something was missing. I just had a disconnect from myself and being creative,” said Gill.

“When you dive into something, you can’t have everything pre-planned…”

It was the riskiest career switch he could have imagined. “When you dive into something, you can’t have everything pre-planned. I learnt as I went along,” he said. Two months after his resignation, he was a professional dancer.

He had lost 10 years of solid dance training and it was time to catch up.

His switch was far from easy. Every weekend, Gill would commute from Bedford to London for kathak practice with his guru. If money and time permitted, he would practise during the week too. He had lost 10 years of solid dance training and it was time to catch up. “The biggest change was in my mindset, an inner strength, that no matter how difficult the process may be, I know I am working towards something bigger and better, and hugely rewarding,” he said.

While Gill’s mother was supportive of his choice, his colleagues were apprehensive and taken back. “They didn’t even know that I danced. A lot of them questioned how I would make a living. The only Mithun they ever knew was the one that worked at Autoglass,” said Gill. It was financial instability that proved to be the most difficult hurdle. Gill took several odd jobs with a temp agency to keep afloat. “I took whatever was available,” he said. From bar-tending to packing in factories, these gigs gave him the flexibility to prioritise his dance career.

“When I first decided to leave, I dived straight in. So the first year and a half were quite difficult.” Now, he is used to the rhythm. This year, he spent six months practising, touring and performing dance. Rather than taking up several temp jobs when he isn’t dancing, Gill works on a zero-hour contract with DTV Optimise, a telephone fundraising company. “They completely understand that my dance comes first, so they are super flexible. I am a lot more [financially] stable now,” said Gill.

In 2019, 40% of Gill’s income came from dance. He took on projects that broadened his repertoire beyond Kathak, to theatre and contemporary dance performances. One such initiative was #MakingManchester with the Olympias Music Foundation. The multimedia project involving live music and text told the stories of people who migrated to Manchester and today, call the city their home. 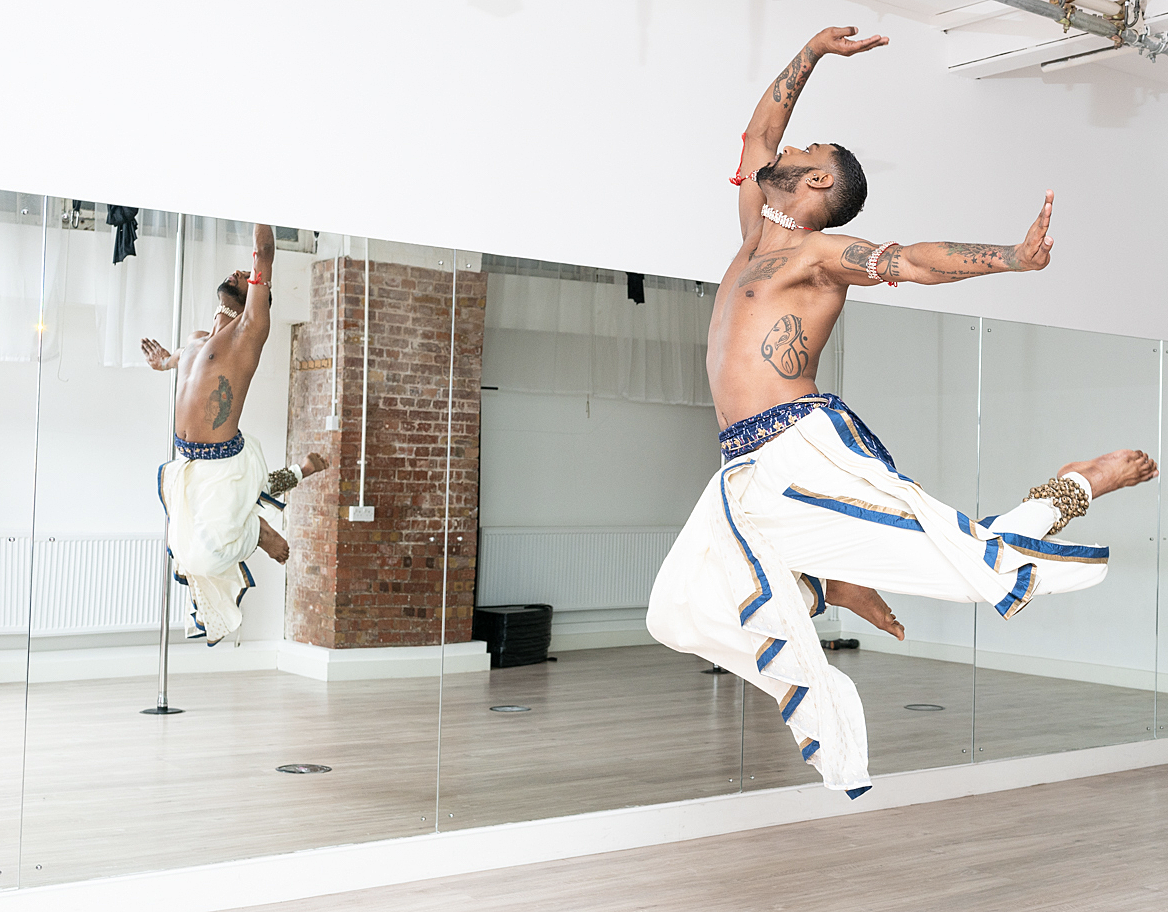 And Gill didn’t stop himself at performing. For the Social Arts Festival, he choreographed a contemporary duet named Alex Moses. All these opportunities added to the income he received from his solo Kathak performances.

“I am already fully committed to dance, even if I’m not doing it every day. I’m still a professional.”

Gill’s career switch stands as a positive testimony to all the talented dancers, artists and musicians out there who want to follow their passion. “This is the guy who followed his dreams, very proud of you”—comments like these from ex-colleagues, including one of Gill’s managers from Autoglass, now adorn his tour-related Facebook posts. “I am already fully committed to dance, even if I’m not doing it every day. I’m still a professional,” said Gill.

For the estimated 2,500 professional dancers in the UK, just like Gill, their profession is not a job, it’s a way of life. As artists, they break the boundaries of set hours and stable income. Their work becomes something they live and breathe. None of these aspects make it any less of a profession.

Photos: Chiara Luxardo for Welcome To The Jungle