This is it; there’s no turning back. You made it through the interview process and it’s the moment of truth: your first day in a new job. Do you dread being given the most exposed workstation in an open-plan office, or being drawn into water-cooler chat with colleagues? For those who are shy or introverted, the business environment can prove particularly stressful and adjusting to a new job can be a major challenge.

According to Susan Cain, the author of Quiet: The Power of Introverts in a World That Can’t Stop Talking, the Western social model often favours extroverts, whose personality traits are regularly linked to professional and social success. As a result, the extrovert ideal heavily influences our living spaces, schools, and businesses, through designs that are entirely based on the needs of extroverts. This is surprising given the fact that between a third and half of us are believed to be introverts. In fact, introverts and shy people possess amazing qualities that can have a positive impact on the professional environment. Sound familiar? If the answer is yes, this article is for you, as we take a closer look at introvert personality traits and how introverts can make an easier transition into a new team or job setting.

This is a good question because the two terms are often lumped together and generally ill-defined.

The concepts of introversion and extraversion, as described by Carl Jung in 1921, refer to how individuals respond to stimulation, including social stimulation. Moreover, these two personality traits are opposites: introverts need solitude to recharge their batteries whereas extroverts (or extraverts, the spelling originally used by Jung) are energized by being around others.

Furthermore, introverts sometimes find social interaction taxing—they would rather turn inward and have downtime to think things through. Quieter and more discreet, introverts are less verbal and don’t tend to share their feelings compared with their extrovert peers; they also need time to formulate their ideas during discussions. However, contrary to popular belief, introverts don’t necessarily have problems socializing in the same way as those who are shy.

Shyness is a personality trait linked to social anxiety, which is characterized by the fear of being judged negatively. Shy people dread the judgmental gaze of others, which means they withdraw from social interactions as a defense mechanism, not from the introvert’s need to take time out and turn inwards. Therefore, both introverts and extroverts can feel shy.

How can people who are shy, introverted, or both, integrate into a team?

Since Western culture values self-promotion, limitless drive, and the ability to tell a good story, introverts and shy people can fade into the background. Yet their personalities and outlooks mean they possess undeniable strengths that can become real assets in the workplace. Here is a brief overview of the pros and cons of being shy or introverted at the office:

Tips for introverts and shy people: ‘I’m introverted/shy, but I’m trying to cure myself.’

It’s important to remember that the two personality traits presented here are not pathological. The following tips should be considered as avenues to explore, which will enable you to be more flexible in your way of working and help you to make your mark upon joining a new team.

Take time to analyze the personality types of your team members

When you join a new team, your powers of observation are an asset that will help you better understand the group’s dynamics. This phase of analysis not only lets you identify relational issues but also any coworkers whose working style is similar to yours, which could make them excellent allies.

Rituals play an essential role in any social group. When you are introverted or shy, this might seem overwhelming, but even low-key participation is vital if you want to feel like you belong. If you arrive to discover there are no rituals, such as eating together at lunchtime or hanging out after work, it’s the perfect chance for you to put forward some ideas. For example, you could suggest having a few breakfast pastries at the Friday morning team meeting or ask your coworkers to join you for lunch once in a while. If that seems too much at first, simply start by asking the coworker you feel closest to if they want to grab lunch with you.

Explain how you work

Both introversion and shyness can be misunderstood and lead to negative assumptions. Indeed, they are sometimes mistaken as being antisocial or antipathetic behaviors. If it’s appropriate, you could always be honest about how you operate: “I need time to think about what we discussed, but I’ll get back to you after lunch with my feedback.”

Fitting into a new organization is often challenging, especially for those who are shy or introverted. It’s extra important for them to take breaks to recharge their batteries and enjoy a little solitude. For example, you could set aside 10 or 20 minutes during the lunch break to go for a walk or read a book in a nearby park.

You might be more comfortable with one-on-one interactions, which often involve more in-depth conversation. If this is you, then try and suggest individual discussions whenever possible so that you can express your thoughts calmly and confidently.

Seek help if it’s too crippling

If your shyness seriously affects your daily life or your introversion makes your work environment a significant challenge, it might be a good idea to consult a therapist who can give you the tools you need to better understand how you work and exercises to make the workplace more manageable.

While exciting in itself, starting a new job always brings a certain degree of anxiety. If you are an introvert or shy, adapting to a new team and fitting in can be complicated, but there are ways to make it easier and help available to make the transition seamless. Susan Cain, a self-professed introvert, suggests a three-step course of action to change our view of introversion:

“Number one: End the madness of constant group-work. (…) We need much more autonomy and freedom at work. (…) Number two: Go to the wilderness, be like Buddha. Have your own revelations. (…) Number three: Take a good look at what’s inside your own suitcase, and why you put it there.” In other words, don’t apologize for being yourself: every individual has something to contribute, and it’s the collective work, fueled by the strengths and weaknesses of each person, that makes great teams.

Quiet: The Power of Introverts in a World That Can’t Stop Talking by Susan Cain (January 2012) 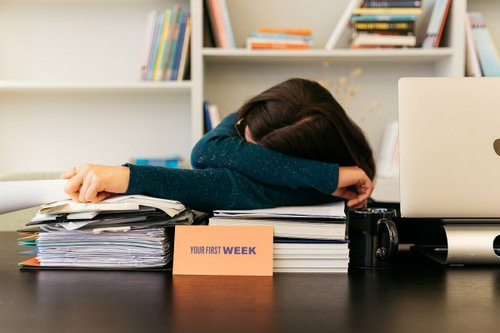 New job? Here’s how to avoid getting overwhelmed 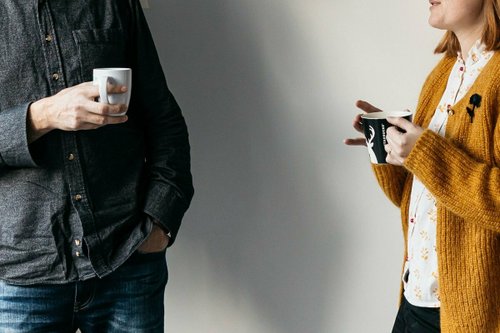 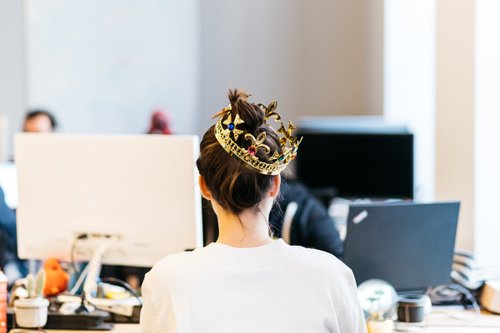 Well-connected at work: how to avoid being labeled a 'nepotism hire' 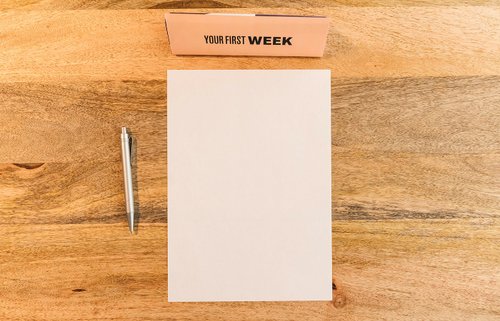 Remote onboarding: starting a new job from your living room 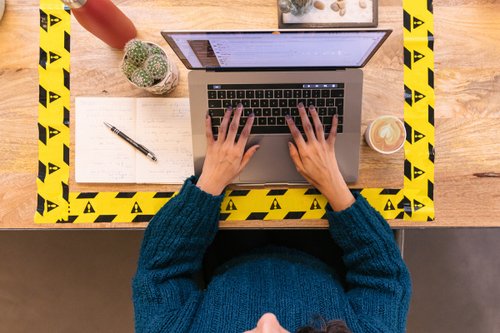 My new job is poorly defined: how do I perform well?