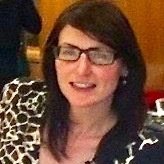 A timely apology can work wonders in business. Volkswagen took out full-page ads to apologize for its emissions scandal in 2015. PwC apologized for its part in La La Land being named best picture at the Academy Awards in 2017 when it should have been Moonlight. And who could forget about Will Smith and Chris Rock’s ‘slap heard around the world’ debacle which spurred Will’s public apology. But while there is certainly enough public mea culpa to go around, should it really be an everyday ritual in our working lives?

Check the dictionary and it is clear why you hear the word “sorry” so often. It is used to mean “I apologize”, “I sympathize”, “I regret” or “excuse me”. It can also be used to indicate that you are about to disagree with someone. According to a YouGov poll58% of Americans will say sorry if they make a mistake while helping someone and 22% will apologize after they sneeze. It’s not just a cultural trait, it is gendered too. A “woman is significantly more likely than a man to apologize” according to the same poll. For example, 41% of women would say sorry if someone bumped into them compared to 31% of men.

Maja Jovanovic, a Canadian sociologist and author who describes herself as an “apology-hater,” says women tend to apologize or downplay their accomplishments when it isn’t warranted. “Apologies matter. Don’t let anybody tell you differently,” she says in her TEDx talk. Yet, women say sorry when taking the microphone at a conference, before speaking up at a meeting or if someone bumps into them. According to Jovanovic, it needs to stop. Much of the time, it’s nothing more than a habit and we are not even aware that we are doing it.

Actor and executive coach Rita Smyth agrees. She runs Role Players for Training, which helps companies prepare their staff to deal with challenging situations by supplying actors to play the part of difficult colleagues, customers or even criminals. The staff is then trained how to respond appropriately. Smyth says that people are not always aware of their behavior and how they come across. “I am continually dismayed at how often talented, skilled and experienced women present themselves negatively by displaying an apologetic style,” said Smyth. “This includes the language they use to describe their career achievements to date by trivializing achievements, dismissing past experience as irrelevant and using terminology that devalues how they are perceived as a potential strong candidate for a role.”

Victoria McLean, the founder and chief executive of City CV, a careers consultancy, says the problem is ingrained. “Many women in the workplace begin practically every sentence with the word ‘sorry’. They say, ‘Sorry, is this a good time?’ ‘Sorry, can I come in?’ ‘Sorry, can I speak?’ ” she said. “It has become our habitual way of communicating, and we need to stop.”

Repeatedly apologizing can affect your self-esteem too.“It might seem harmless but constantly apologizing for every little thing can undermine your self-confidence as well as your authority and credibility,” said McLean. “It can also lessen the impact of future apologies.”

This can also hinder promotion prospects. “The ‘sorrys’ we sprinkle through our days make us appear less confident and competent,” said McLean. “How to talk confidently, and unapologetically, about your achievements in an interview is one of the most common challenges we address in our coaching sessions.”

This habit tends to develop in adolescence, according to Dr Stephen Hinshaw, a professor of psychology at the University of California, Berkeley, whose book, Triple Bind, tackles this topic. Teenage boys are praised for winning a game or showing confident behavior, but with girls it’s more complex. They can be confident, but not conceited, for example, or assertive, but only if it doesn’t upset anyone otherwise they can expect to be called bossy. “Girls are more often rewarded for focusing on others’ feelings while boys are more often rewarded for asserting themselves,” he writes.

How to get the balance right

According to McLean, there are plenty of instances when you really don’t need to apologize. These include doing so for other people’s mistakes, for needing help, more information or resources, or for an answer on a decision. “It’s also self-sabotage to apologize during discussions about salary or when you’re negotiating flexible working or parental leave,” she said. “And you should definitely never apologize for having an opinion and speaking up.”

That’s not to say that everyone should give up apologizing at work, explains McLean. “If you’ve made a mistake or harmed someone, obviously a genuine apology is in order,” she said. “It can be a great way to heal divisions and calm people down. My advice is to save your apologies for situations that really warrant a sincere apology.”

Nobody’s perfect and there are times when you will want to apologize. For McLean, the way to do so professionally is to admit your mistake and acknowledge what’s gone wrong. “Be specific about it,” she said. “You’re apologizing for one mistake, not for existing. Then focus on what you’ve learned and suggest a solution or plan to put it right.”

Do it as soon as reasonably possible, especially if a delay risks making the problem bigger. “Take responsibility and don’t blame others, particularly if you’ve let down the team, actually use the words ‘I’m sorry’,” she said. “Then clearly and concisely acknowledge what it is you did wrong.”

Learning how to deliver a genuine and thoughtful apology is an essential career skill. Follow these simple steps to do it well:

If you’ve made a straightforward mistake—you’ve missed an email for example—then keep it simple. “Say something along the lines of, ‘I just realized I missed your email. I’m sorry. What can I do to help?’” said McLean.

2. Get back on track

Explain how you will make amends. If your mistake affects a team project, for instance, you’ll need to address how you’re going to get things back on track. Try this: “I apologize for missing that important deadline. I’m going to work on the report over the weekend to make up for lost time.”

Sometimes things are a bit more complicated, according to McLean. Your mistake may have damaged a colleague’s reputation, for example. If so, you need to acknowledge that. “In this scenario, you’ll need to take responsibility and let your boss or client know that the mistake was yours and not your colleague’s,” she said.

McLean helps chronic over-apologizers to become more confident in expressing their professional abilities. “Often, apologizing is a reflex action so clients need support to take a different approach,” she said. Here is what she advises her clients to do:

1. Pay attention to your own behavior

Notice when you are about to apologize and decide if it is really necessary. “The next time you find yourself about to say ‘sorry’, focus on how you can resolve the issue instead—this is a much more empowering story,” said McLean.

It’s also important to practice responding to workplace issues with confidence. “Instead of ‘I’m sorry, I always mess up’, try ‘That didn’t go as well as planned, but I’ve got this now and I’ll know exactly what to do next time,’” said McLean. “It’s a much more rational and practical response.”

Another strategy is to ask for constructive feedback rather than apologizing. “That way, you boost your self-awareness and confidence as well as demonstrating that you’re keen to develop and improve,” said McLean.

There will be times in your career when it will be appropriate to express regret, take responsibility and vow not to do the same thing again. That should not be an everyday occurrence. “Think about it: if you say sorry 20 times a day, you’re going to feel like a burden to others rather than a confident person who has their life together,” said McLean. “It can turn into a vicious cycle. You feel insecure so you tend to over-apologize and then that very act of over-apologizing triggers more feelings of insecurity.” Just because it is the norm, doesn’t mean it is a good idea. 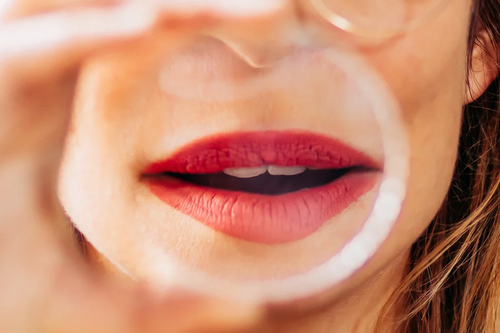 Mergers, acquisitions, and company sales can be an exciting new start for a company. But how do staffers best prepare for the upheaval that follows?