Angela Mondou’s history includes flying planes, navigating war zones and holding CEO positions. The Nova Scotia native was fuelled by a sense of adventure for the road less travelled. Mondou got her career up and running as a logistics officer in the Canadian military in the mid-1980s and quickly found herself to be the only woman in the barracks of war-torn Yugoslavia. In 1994, she took a leap into the tech industry—and found herself the only woman in the boardroom.

She is now CEO of TechNation, a company that focuses on increasing Canada’s global competitiveness in tech and innovation. Here will find out just how Mondou rose to the top of these traditionally male-dominated industries.

You loved flying aeroplanes and went into the military—not a common choice for a woman in the 1970s. How did that happen?

I started flying airplanes when I was 18, I wanted to be a pilot. However, at the time I joined [the military], they didn’t allow women to fly. I always wanted to do things that seemed more adventurous, things that were non-traditional—and my background in flying got me talking to a military recruiter. Actually, my dad got me speaking to a recruiter.

So your father encouraged you to take that direction?

My dad was in the Air Force, but he never pushed me down the traditional route. When I was in high school I was really athletic. But I really wanted to be a cheerleader, so I went to try out. I came home and told my parents how excited I was because I had made it onto the team. My dad said, “Why the hell aren’t you on the football team?” He really influenced my thought processes. He taught me that we could do whatever we wanted, it didn’t have anything to do with gender. 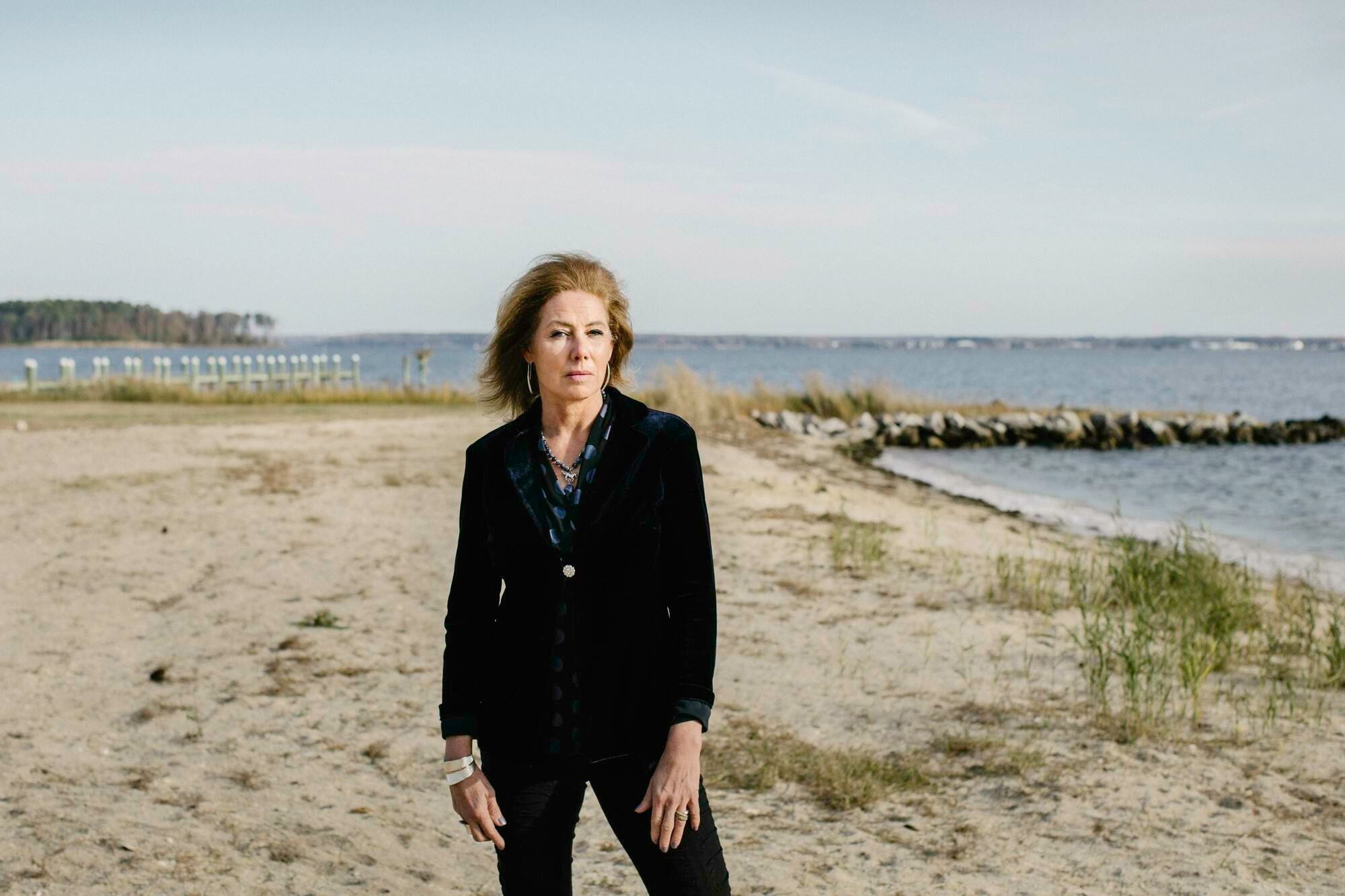 So you ended up in war-torn Yugoslavia. How did that happen?

I had zero thought about going into war zones initially. Canada hadn’t been to war in decades, so it wasn’t something that was front and centre in 1985, when I joined the forces. Within three years that changed and I got posted to Europe. It was during the Cold War, and I landed there just before the Berlin Wall came down [in 1989] and Yugoslavia erupted within a year or two.

A general was doing the briefing about a couple of the units going into former Yugoslavia. I remember thinking, “How come nobody’s come to talk to me?” I went and told my major and colonel that I really wanted to be considered for the logistics role. I ended up convincing them right up to the general that they should send me.

It was dangerous from every angle, whether I was possibly going to get shot at, step on a mine or get raped. It didn’t occur to me that that might happen, but my colonel set me up with two bodyguards. He immediately realised I was the only woman on the ground and there was a lot of risk.

That must have been terrifying. How did it feel to be alone in such a masculine environment?

When I got on the bus to Yugoslavia, there were maybe 20 Canadians. We were the advance party, the first group to head into the war zone. I could hear a pin drop when I climbed up onto that bus full of men. Everyone was staring at me. It felt lonely and terrifying.

When I got to Belgrade, each time we went to talk to military leaders, the first thing they’d say to me was, “Urgh, you’re a woman!” I would ask, “So how is this a problem?” I realised when I got to the barracks in Belgrade that there was nowhere for me to sleep or to go to the bathroom. There were 2,000 men all sleeping in common rooms…The first two nights, I moved furniture against my door and slept with a loaded weapon.

You must have had to find a way to get in with these guys and get the job done?

I’m pretty resourceful. I talked to everybody. I started getting information from other peacekeepers who had been on the ground a little longer. Some of the Canadian guys warmed up to me, and one of the older sergeants took me under his wing.

At that point, my biggest fear was failure. My job was to figure out how to move the army from Germany, across five countries to Yugoslavia. So that means moving everything from cots and beds, boots and bullets, tanks and tents for them to sleep in, and thousands of troops into a war zone. 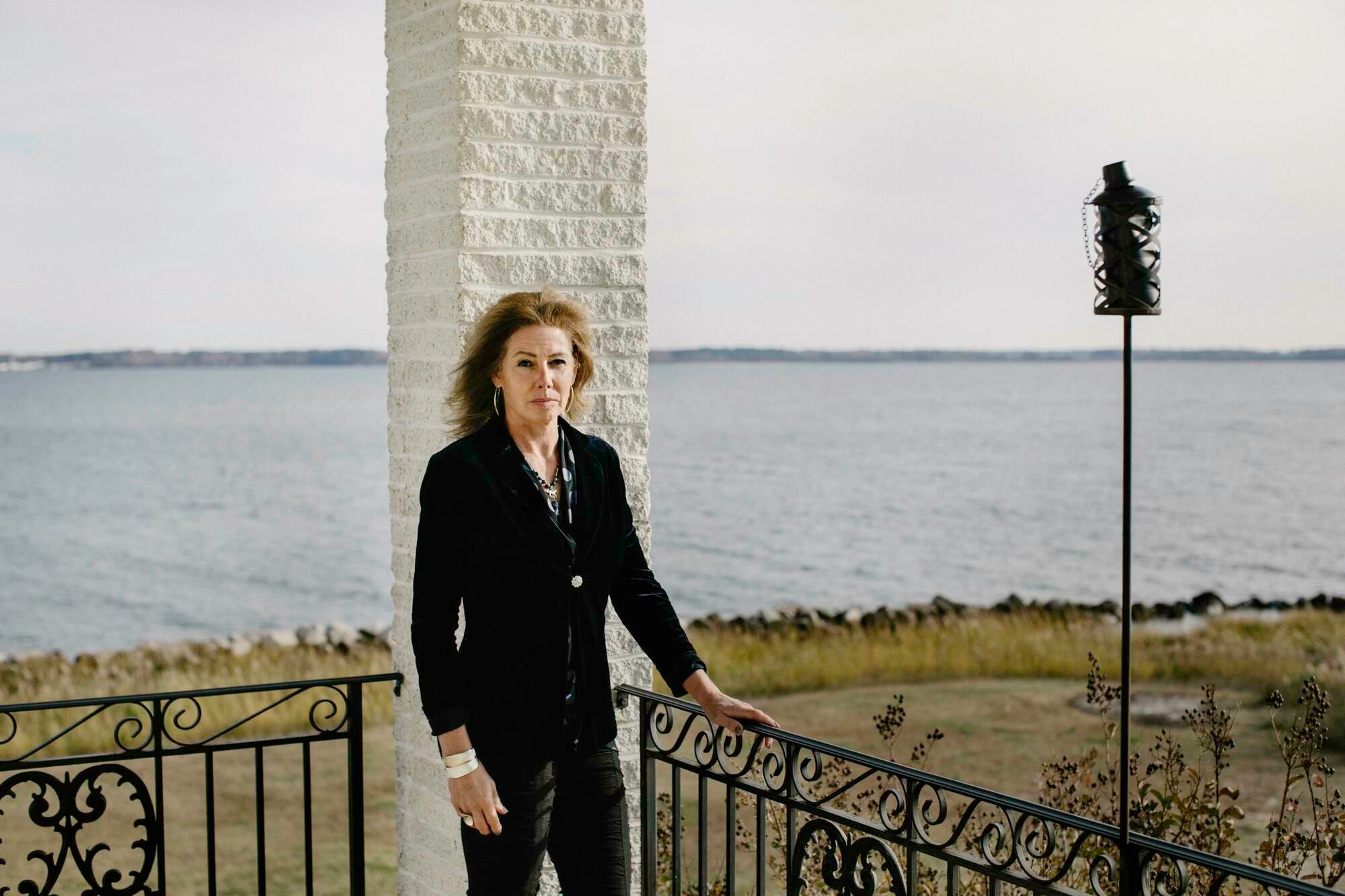 Despite feeling intimidated, you were essentially in charge?

I was totally in charge. There were senior ranked colonels there with me, but nobody could do anything until I figured out how we would move the supply chain. It was a lot of pressure. All the countries were waiting to see how Canada did it, because we were first. It was pretty incredible when I look back. I was only 27.

After all this chaos, fear and excitement, you shifted into tech, another male-dominated field. How was your experience?

When I got out of the military in 1994, the first job I had was for a logistics company. I was the only female manager, but I had a really sweet boss. He asked me to present a project at our quarterly meeting. The managing director came into the meeting and I was the only woman. He said to my boss, “Why is Angela here?” My boss told him I was going to present the project, and he said, “She doesn’t need to be here.” Like that, he dismissed me from the meeting. My boss was horrified. I was humiliated, I felt devalued and angry. I immediately started looking for a new job, and it turned out my client was hiring a senior manager, and I got the job.

I don’t bang my head on glass ceilings, I break through them. 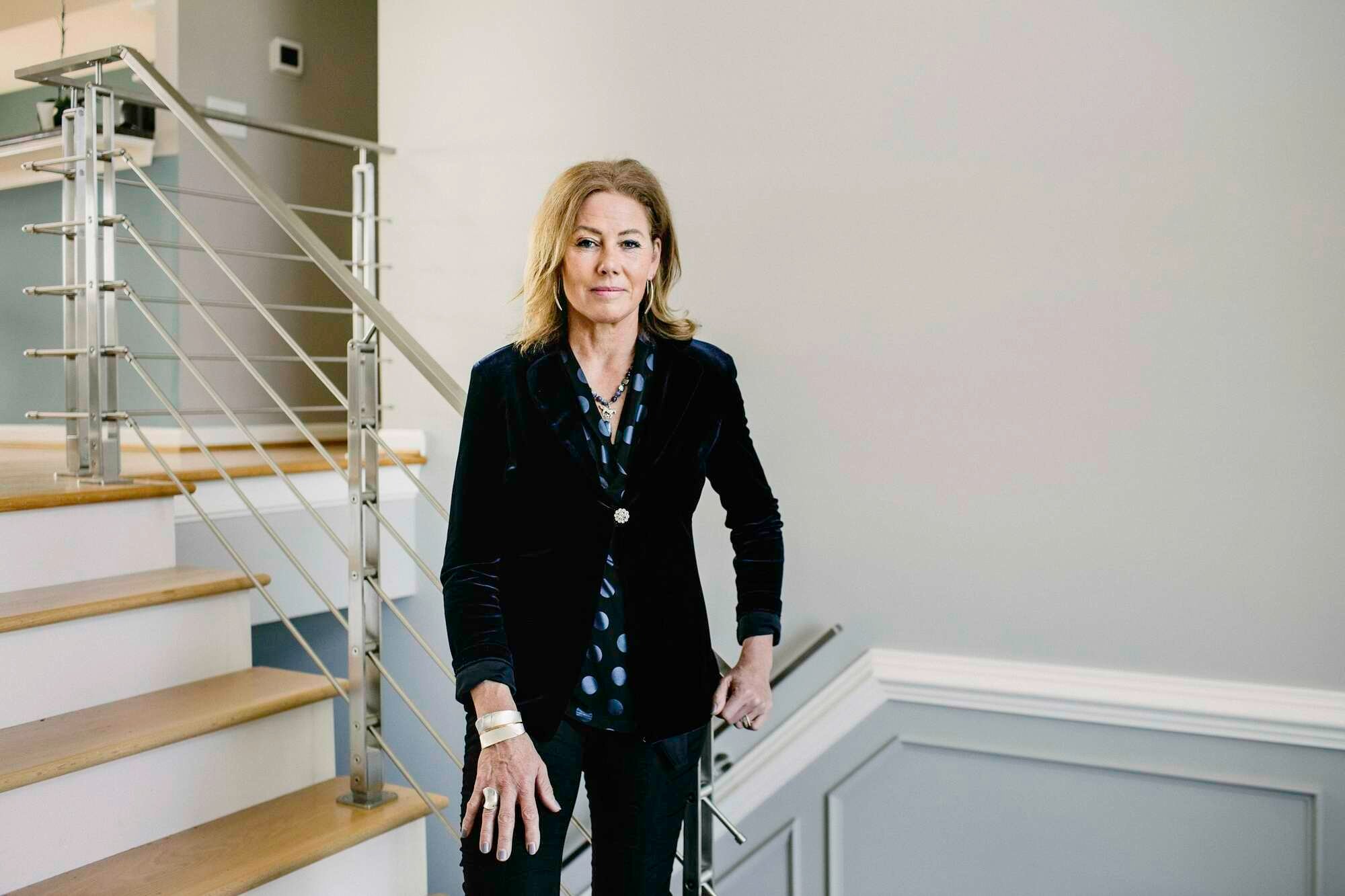 What about your CEO role?

I worked in tech for a long time [including roles as strategic marketing director for BlackBerry and a global solutions leader at Nortel Networks] after leaving the military. In 2006, I launched my own company and became the CEO within five years. I love being a big fish in a small pond, it gives you the ability to be very creative and visionary.

Currently, I’m the CEO of TechNation, the largest technology association in Canada. I represent any technology company in Canada that wants to be a member of our organisation. We have everybody from Facebook, Microsoft, Amazon and Google to innovative up-and-comers. I have more than 30 employees working for me and we have a really diverse group of leaders on the team.

I don’t feel like I experience sexism like I did in the military—nothing has ever compared to that. We have programmes on our team to lead diversity and inclusion projects. We are trying to expand the diversity of our board, whether that’s women, LGBTQ, indigenous or any marginal groups. It’s still a front and centre topic.

Nowadays we don’t necessarily get the overt sexism of the past, but we are in the era of subtle sexism, gaslighting, denial. How do you address sexism when it isn’t obvious?

I think it’s often more subtle. You’ll be thinking, is he just making fun and am I overreacting? We always second guess ourselves. But you have to go with your gut and your core values. Mine are really strong and I won’t tolerate a lot.

Women in power often face questions about how they got into their positions. Do you ever feel people don’t trust your authority?

There will always be people out there who don’t trust you; men and women. I had to fire someone last year who was totally undermining my authority and it was actually a woman.

I feel the younger generation may do better with their peers. Older workers who grew up with sexism being ok are a more challenging task. 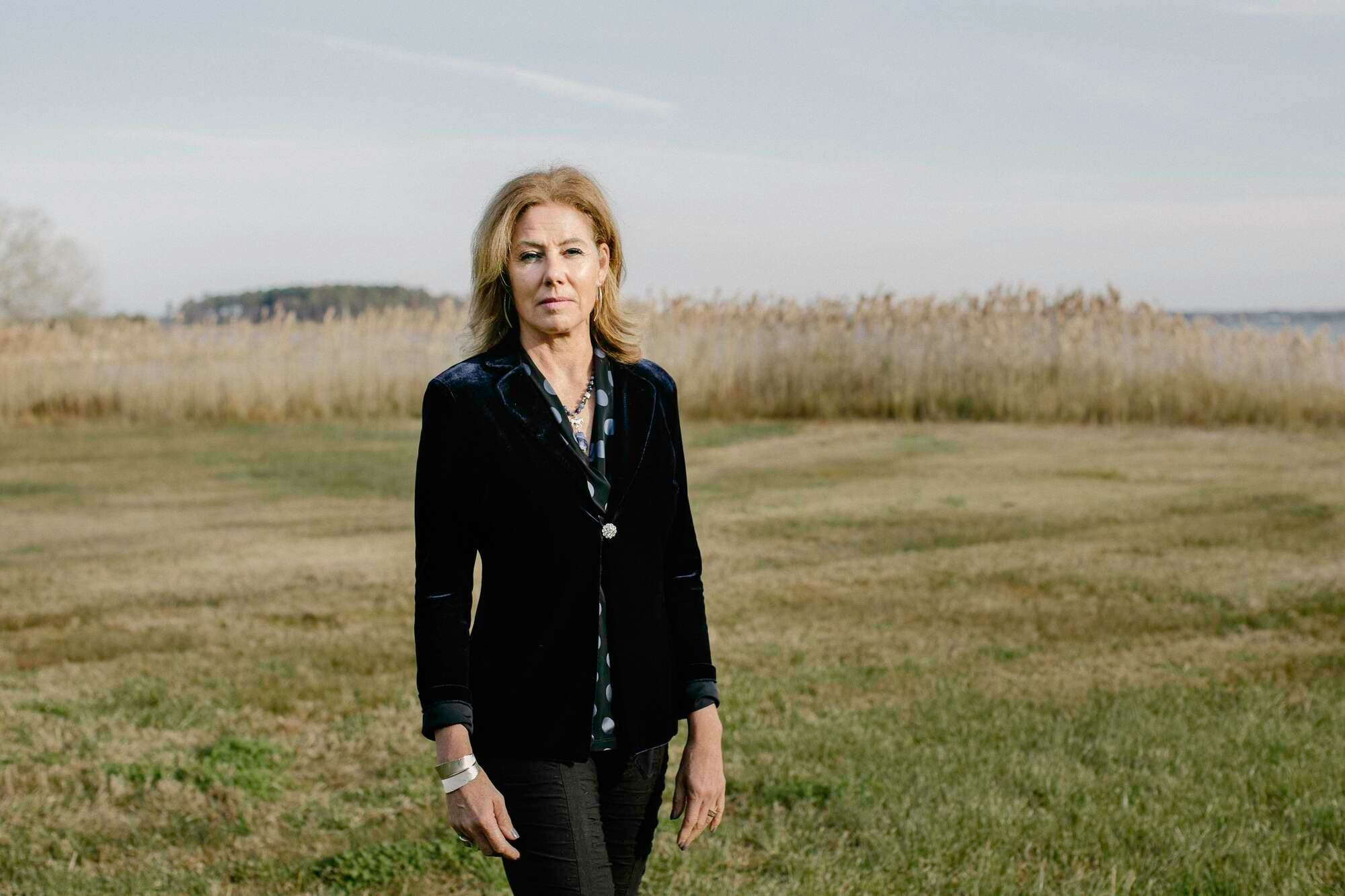 We’ve been talking trash on men for a while, but I’m sure you’ve had some good experiences?

For every man who was difficult, there were many other men supporting and helping me. They were my bosses and colleagues alike. I am surrounded by incredible tech leaders who are absolutely committed to women and diversity in the workplace—there are a lot of open-minded people in the industry. My survival instinct has been to go to those good leaders, you can’t do it alone.

What advice would you offer young women wanting to get into these fields?

Go for it. Tech especially has a lot of diversity and it’s changing every day. There isn’t enough space for [tech] companies to be sexist in their hiring. The rules of the game are changing, people are very open-minded.

Even when I was in the military—and there was a lot of sexism around—I still loved it. Understand the culture of the company you are going to. It could be good, or it could be toxic. If it’s toxic, there might not be much you can do, and that’s worse than being around too many men. I’ve done so many years as the only woman, whether it’s in the boardroom or in the military. So I have learnt how to engage and deal with men, and it’s eventually become a non-issue. The conversation, the culture, the leadership and the people can make or break the environment.

Photos by Jason Andrew for WTTJ