Meet Rashid, Faaeq, and Fariza, from Iran, Syria, and Chechnya respectively—they’re all former refugees who are part of Sébastien Prunier and Louis Jacquot’s pioneering catering business, an enterprise like few others.

In 2016, after spending a few years working in finance (Sébastien) and marketing (Louis), the duo decided to do their own thing and set up Les Cuistots Migrateurs—The Migrant Chefs—a cheerful name for a noble venture. Its concept? To hire refugee chefs from around the world to create authentic international cuisine. The project’s food and success have been so impressive that The New York Times dedicated an article to the company just a few first months after its launch. We spoke to Jacquot to find out more.

I come from the Vosges mountain region in the east of the France. After completing my preparatory training at HEC business school in Lyon, I enrolled at the Rouen Business School [now part of NEOMA], thinking I would go into finance. But what I really enjoyed was communication, marketing, and entrepreneurship. That’s why I opted to complete my studies specializing in entrepreneurship.

What did you do after your degree?

I started out in a start-up developing a mobile app, then I worked at ISIC, a company selling student cards that are accepted worldwide to gain discounts with partners. In these roles, I oversaw everything relating to digital output and graphic design. But after four years, I said, “Enough’s enough!” 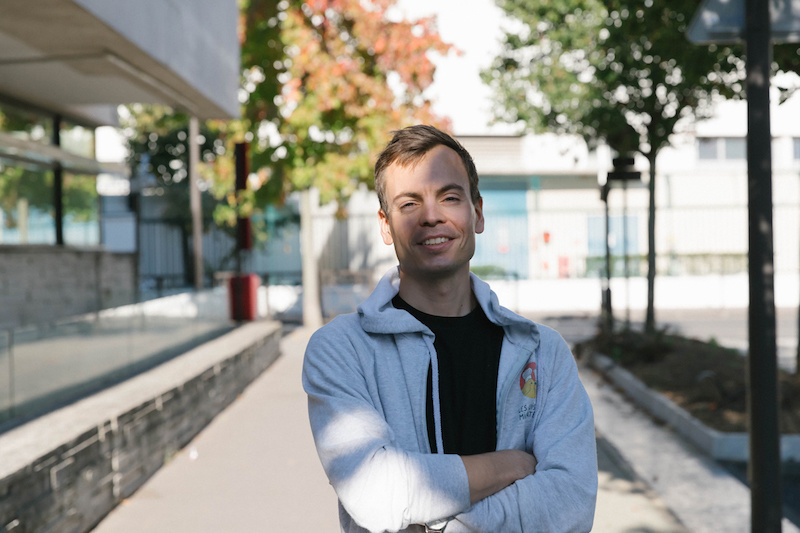 Why did you decide to stop?

I liked design, communication, and marketing very much, but I felt like I was always doing the same thing. I craved a more fulfilling experience. I wanted to feel more useful by engaging in a project that had purpose for both me and others. I’ve always been curious about entrepreneurship. So I left my job by mutual agreement with my employer and started to think about what I could do instead.

“I wanted to feel more useful by engaging in a project that had purpose for both me and others. I’ve always been curious about entrepreneurship”—Louis Jacquot, Les Cuistots Migrateurs

What were you thinking at the time? Did you know where this move would take you?

The only thing I knew is that I love to cook. I cook non-stop. So I thought about pursuing a venture based on cooking and catering, but for some reason I didn’t put my ideas into action then. I freelanced in communications for a year before thinking about creating Les Cuistots Migrateurs.

How did you come up with the idea of Les Cuistots Migrateurs?

It was after talking to Sébastien, a friend of mine from business school, who also wanted a change in direction and to get involved in something more meaningful. We decided to work together on projects that involved both cooking and a social dimension. Then the news caught our attention. In September 2015, the plight of refugees began to gain more coverage in the media. The subject of migrants became a daily topic, and was often presented in a rather negative light. We wondered how we could show their value, in our own way, and the idea of cooking immediately came to mind. 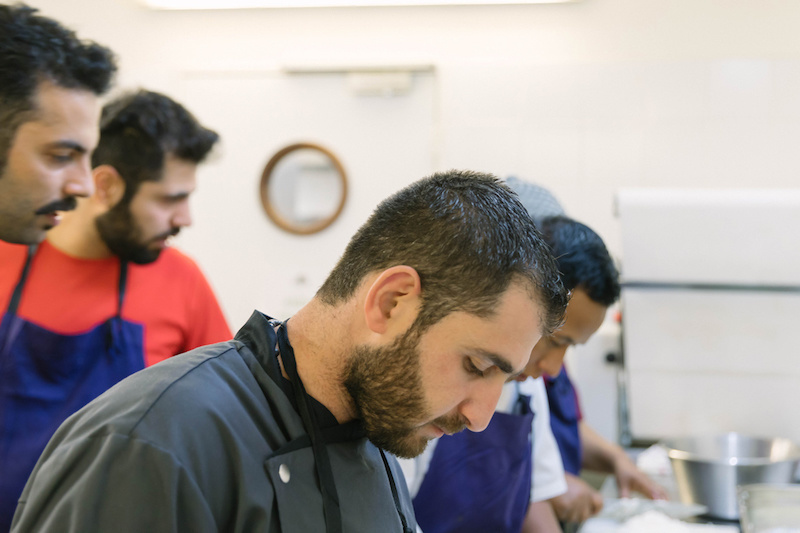 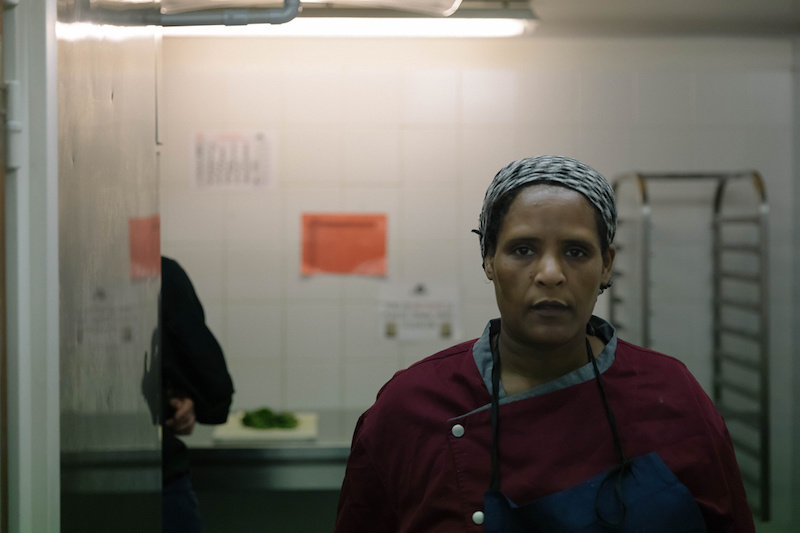 Cooking provides an insight into other people’s cultures. It brings people together and puts everyone on an equal footing. Meals are often a great time for exchange, meeting new people, peace… And the French certainly appreciate good food.

“Cooking provides an insight into other people’s cultures. It brings people together and puts everyone on an equal footing”—Louis Jacquot, Les Cuistots Migrateurs

What were the first steps you took to implement the project?

Since we didn’t know anything and had not yet had any personal involvement with the situation, we met with France Terre d’Asile and other associations who work to help refugees. Everyone told us that our project seemed impractical—they thought it would be difficult to work with refugees, as they felt they were likely to be in a fragile state because of what they’d been through.

In December 2015, an event organized by a reception center for asylum seekers proved that our idea had real potential. Refugees there had prepared dishes for the evening. There was a huge buffet of specialties from around the world—altogether, the table area measured 3km! We immediately knew that we needed to make others aware of these highly talented people’s skills. 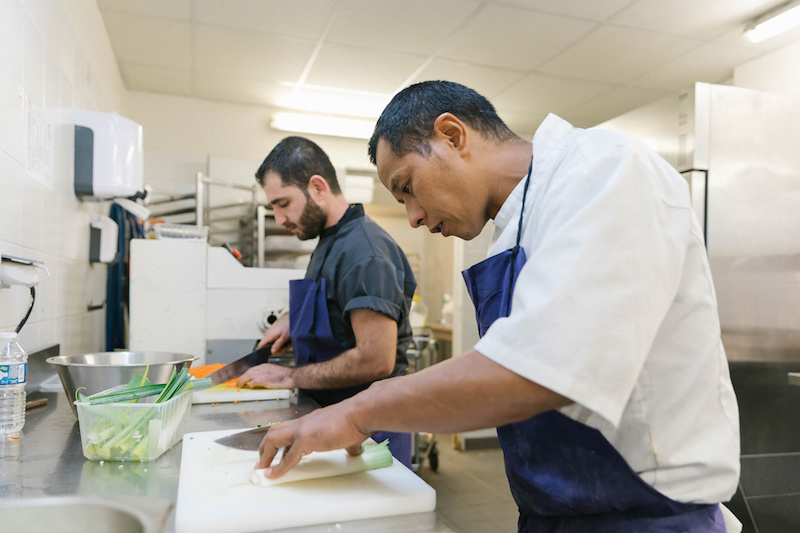 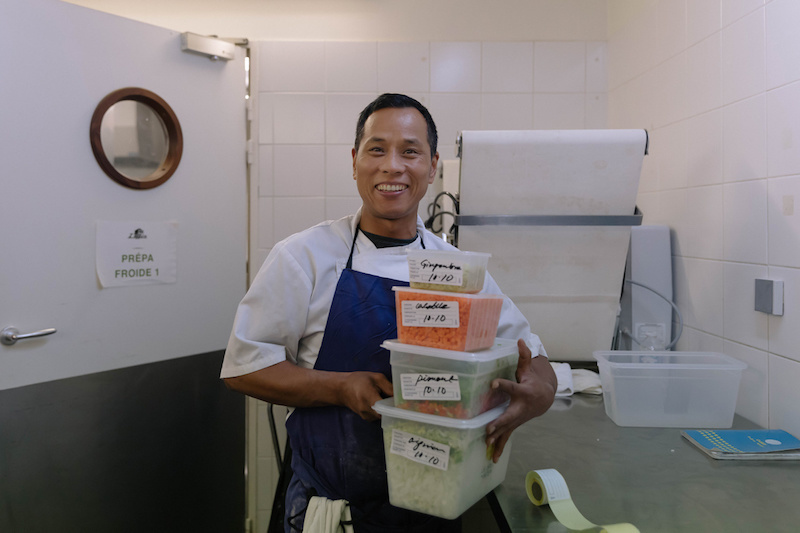 How did you launch?

In February 2016, Makesense [a platform that offers support to social entrepreneurs] asked us to prepare a buffet for a last-minute event for 30 people. We had a week to come up with a name and logo, set up our structure, recruit a chef, and create a menu! We had nothing, but we got there. We cooked at my home and everything went very well. This is how Les Cuistots Migrateurs was born.

Did your team members work as chefs in their home countries?

Apart from Rashid, who was a chef in Iran, no, though the others are passionate people who have worked in catering but haven’t necessarily been trained to cook professionally. So the aim is to train them to become professional chefs, given that most of their recipes come from them personally.

Faaeq, our Syrian cook, is a great example [of the project’s success]. He really learnt alongside us—he has improved his recipes and now he’s a chef de partie [a chef in charge of a particular area of production]. Like all our chefs, he oversees his recipes and manages the apprentices—he’s showed incredible professionalism. Today, all of our chefs are on permanent, full-time contracts. They are given an increasing level of responsibility and our team is growing.

Your chefs are of eight different nationalities—what are the pros and cons of this diversity?

They are all highly motivated and really want to work. They are courageous people who strive to do good work. So at the end of the day, there are no real disadvantages. There is a small language barrier but that’s part of the project. During our lunch breaks we talk in French, which is part of the integration process. This is why it’s important not to be an orientation scheme but, rather, a long-term project.

“They are all highly motivated and really want to work. They are courageous people who strive to do good work”—Louis Jacquot, Les Cuistots Migrateurs 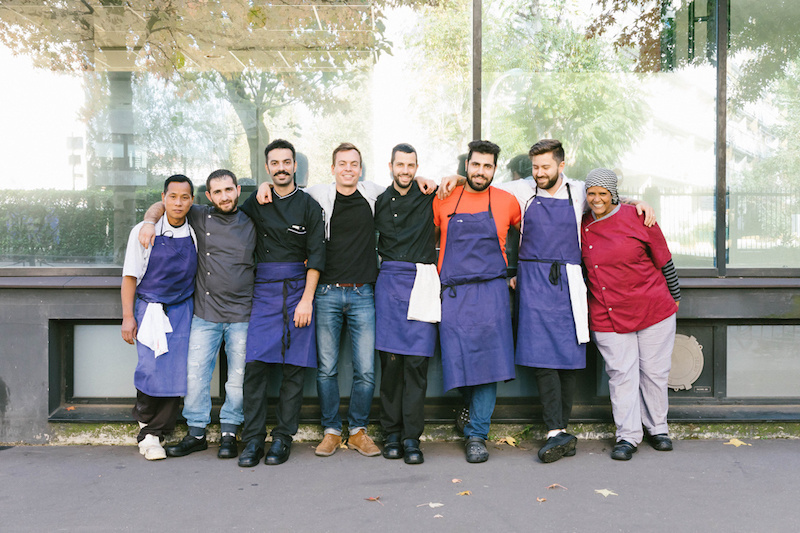 What have you learnt about yourself since you set up Les Cuistots Migrateurs?

It’s more what I’ve learnt from others. I didn’t know who these people were—all I knew about was the Calais Jungle. I wanted to get involved but I’d never done something like this before, so I wasn’t really sure where to start. I discovered people with amazing stories. They pass on their motivation and that gives us a lot of energy on a daily basis.

What gives you the most satisfaction now?

Knowing that people have found housing and a job thanks to what Sébastien and I have worked to achieve.