Provocatively, Graeber targeted “HR consultants, marketing managers, corporate lawyers, and lobbyists,” who spend their time in committee meetings “without ever doing anything.” He never imagined he would receive this kind of reception for his criticism of a capitalist system that rewards those who destroy value over those who create it, paying higher wages to consultants, marketing experts, and creators of financial products than nurses, teachers, and sanitation workers. The article brought the identity crisis of white-collar workers into sharp focus.

“This is a profound psychological violence here. How can one even begin to speak of dignity in labour when one secretly feels one’s job should not exist?”—Michael Graeber

Shortly after the article was published, various pollsters addressed the subject. The market-research firm YouGov, for example, surveyed UK workers using Graeber’s premise and expressions: 37% of respondents thought they had bullshit jobs, while 13% said they were “not sure.” An identical survey undertaken in the Netherlands revealed that 40% of Dutch employees acknowledged that their positions had no good reason to exist. Graeber later confessed that these figures were well above what he imagined at the time he wrote the article.

In a YouGov survey of British workers, 37% of respondents thought they had bullshit jobs, while 13% said they were ‘not sure’

In Bullshit Jobs: A Theory, published in 2018, Graeber delves further into the subject and provides a fascinating analysis of the trend. He provides the definition of a bullshit job as “a form of paid employment that is so completely pointless, unnecessary, or pernicious that even the employee cannot justify its existence, even though, as part of the conditions of employment, the employee feels obliged to pretend that this is not the case.” He goes on to say: “Those who work in bullshit jobs are often surrounded by honor and prestige; they are respected as professionals, well paid […] Yet secretly they are aware that they have achieved nothing […] they feel it’s all based on a lie—as, indeed, it is.”

He also asserts that the value of such a job is inversely proportional to pay, and by and large, the more useful a job is, the worse paid it will be. He illustrates this point using the example of nurses, teachers, childcare professionals, and cleaners (roles that are also mainly filled by women).

“A bullshit job is one that is so completely pointless, unnecessary, or pernicious that even the employee cannot justify its existence”—David Graeber

Despite the polls and expressions used, it seems that many “creative class” employees are struggling to find purpose or meaning in what they do. This “search for meaning” has become a recurring theme in books and articles on employment today. The French journalist Jean-Laurent Cassely also addressed the topic in his book La Révolte des premiers de la classe: métiers à la con, quête de sens et reconversions urbaines (The Rise of those at the top of the class: bullshit jobs, the search for meaning and urban renewal), which describes the choices being made by young workers who are “fleeing corporate jobs” and turning to artisanal trades.

But why are people with bullshit jobs so unhappy?

Isn’t getting paid to do nothing a sweet deal? No, because those who have a bullshit job are paying a much dearer, moral and psychological price, says Graeber. It’s not uncommon for them to sink into depression. Not only do bullshit jobs provide no sense of meaning, but they always come with a raft of lies, a situation that becomes increasingly unbearable. Worse still, some of these jobs require you to deceive the general public—in other words, “sell your soul to the devil.”

Bullshit jobs are based on the belief that people only work if they are being monitored—left to their own devices, we’re told, they will only become “parasites,” so we need to tell them what to do and check that they’re doing it. Obviously, this is not correct. It’s a misconception of what really motivates us. As psychologists have shown, children take pleasure in “being the cause” of their actions. They learn that their actions have consequences. This is still true in adults. It’s why “a human being unable to have a meaningful impact on the world ceases to exist,” says Graeber.

The idea of selling one’s time to an employer is relatively new in historical terms. It implies that the employees’ time no longer belongs to them. Idleness becomes theft. This system, Graeber says, is deeply alienating and perverse: “If you’re on the clock, don’t be too efficient. You will not be rewarded […] Instead, you’ll be punished by being given meaningless work.”

Why is our society creating more and more bullshit jobs?

In his book, Graeber demonstrates that there is a growing number of bullshit jobs. Since the 1930s, and especially the Second World War, economic policy in the West has been based on the ideal of full-time employment. Inefficiency or meaningless work is seen as a lesser evil. The thinking is that bad jobs are better than not enough jobs.

During the Glorious Thirty (the period of growth and prosperity experienced by some European countries between 1945 and 1975), profits raised though productivity gains were shared with workers, but in recent decades, only those in managerial positions have been the ones benefiting. The more we’ve done away with blue-collar jobs (and other non-bullshit jobs), the more we’ve created extra layers of hierarchical and administrative staff. Graeber calls this phenomenon the “rise of managerial feudalism.” We’ve grown to love hierarchy with a passion.

Lastly, the proliferation of bullshit jobs has much to do with the growing importance of finance, which set off “a vicious cycle whereby workers, who no longer felt any loyalty to corporations that felt none toward them, had to be increasingly monitored, managed, and surveilled.”

Combining anthropology, history, psychology, and sociology, Graeber provides a captivating and disturbing analysis of the world of work today. His book is an absolute must-read.

Our relationship with work
Modern Work 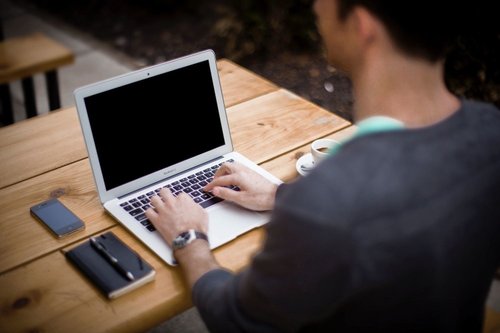 ‘Boreout’ Syndrome at Work: The Causes, Consequences and Cures