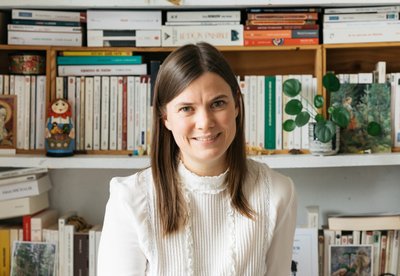 You left the office quickly the weekend before the lockdown and now you regret not anticipating what was going to happen. Had you known you wouldn’t be able to return for a while, you would have done what your colleague Leo did and taken files and a computer monitor. That might have helped you to avoid neckache and some professional headaches.

You’re not the only one with thoughts like these. If we’d all had the appropriate information beforehand and the time to prepare, no doubt we would have opted to do things differently. But why are we paralysed when it comes to making swift decisions during a crisis? And how do we adapt our approach at times like these to maintain foresight and effectiveness?

Making a decision during a crisis: the impact

When faced with the unknown, our reaction can be rational, emotional, impulsive or even paralysis. But what about the way you make decisions, especially during a crisis? The mechanisms of decision-making are not that easy to explain, even for the experts.

To start, let’s consider whether choosing and deciding are the same thing. For the philosopher Charles Pépin, who came up with the theory of “the art of the decision”, there exists a real difference between the two terms. “Choosing is based on using rational criteria to arm your decision-making weapon. Deciding is reacting before knowing.” When a situation is complex and it’s difficult to know all the elements involved, it might come down to making a quick decision, while accepting the uncertainty and the risks tied to it. Even in normal circumstances, that requires quite a bit of courage.

There are several models explaining the mechanisms of decision-making:

So are our decisions truly rational or somewhat emotional? For neurologist and psychologist Antonio Damasio, the two are not mutually exclusive. The American scientist was one of the first to point out the importance of emotions at the core of our decision-making processes.

Decision-making: how is the crisis reshuffling the deck?

What are the characteristics of crisis situations that affect decision-making?

When a crisis occurs, whether it’s economic, health, political or otherwise, the balance of any system needs to be readjusted, often abruptly. That’s what we’re currently living through during this global pandemic. Take the example of Thomas, a human resource manager, who is in charge of human resource policies for an industrial site with 750 employees on the outskirts of Paris. The Covid-19 pandemic forced him, along with his team, to come up with measures to close the site and get employees working remotely. Making a series of decisions is not easy in these circumstances, particularly given:

To deal with the crisis, Thomas and his team have had to make decisions quickly, without necessarily having the time to check all the parameters beforehand: “It wasn’t easy to see things clearly as the situation was changing constantly. We would get orders and then counter-orders . . . our instructions from the morning would contradict those in the evening.”

During these kinds of emergencies, when faced with too much information or with uncertainty, people are forced to simplify their mental patterns unconsciously so as to make quick decisions, according to Daniel Kahneman, a doctor of psychology and cognitive psychology, and author of Thinking Fast and Slow. This intuitive mode of operation is, however, more vulnerable to reasoning bias. How then can we make good decisions in such a context?

Crisis: how to optimise your decision-making and avoid drama with your colleagues

1. Start afresh with a common goal

If you want decision-making to be easier, whether for yourself or a group, it’s important to start by identifying the underlying objectives. What is the goal of making the decision? What problem does it need to solve at its core? For Thomas, as an HR manager, starting anew with a common vision is what has allowed him to maintain a good atmosphere and make the right decisions during this pandemic: “It was necessary to understand the meaning of the decisions to be made, that is to say: define an objective, a goal and a context before acting on it.” The format for crisis meetings set up by the company was changed: “There was an agenda and we had to reach a decision by the end each time.” The meetings then became shorter, more efficient, more frequent—and ultimately, more practical.

2. Come up with scenarios and evaluate the risks

In times of crisis, as in normal times, the options must be reviewed so as to reach the best solution. It’s then essential to measure the risks and consequences of each option for the organisation. However, situations can evolve quickly and unexpectedly. Thomas had to arrange for everyone to work remotely from last March 17 to limit the risk of contagion, even though his company had prepared a plan to rotate teams on site that would allow it to continue operating without taking risks. The final decision was not part of the initial plan.

Make plans, yes, but stay flexible and responsive in case things change. The focus of decision-making in times of crisis is managing the unexpected. After all, you can’t plan for every possibility and sometimes you have to change direction swiftly, as Thomas has done in recent days. “At the beginning of the health crisis, we spent a week working on lists to get unemployment benefits for the staff before we realised that the guys weren’t eligible under the specified criteria.” It’s better to stay flexible and keep your nerve when you have to make a u-turn.

A crisis can quickly become upsetting and, when dealing with your emotions, it’s not always easy to take responsibility for stressful issues. For Thomas, it was an emotional roller-coaster: “At the beginning, I felt like I was in a washing machine. There are stages that are very stimulating and, at the same time, there are stressful and frustrating situations. You work on something and, by the evening, you have to throw it all out.” Since certain times can be stressful to the point of having a physical impact, such as fatigue, irritability or insomnia, it’s essential to regain control of your emotions so you can make good decisions.

5. Avoid the pitfalls of decision bias

Emotions can hinder decision-making and some reasoning can be influenced by cognitive biases that lead you to make bad decisions. In a crisis, for example, loss aversion bias can push you, when in doubt, to choose the least expensive option; and sunk cost bias can see you sticking with a bad proposition just because you’ve invested a lot in it already. Also common, when you don’t know which option to choose, is compliance bias. For businesses, this could manifest, for example, as the temptation to look at what your neighbours are doing so you can take the same actions, without taking too many risks. While this is an important step, it’s quite complex, so it’s good to be aware of it.

Using your intuition lets you save time when making decisions. Doesn’t seem very rational to you? Nothing could be further from the truth. Our intuition is linked to our emotional memory of things, a sort of instinctive reaction based on experiences. So there is a place for it in your decision-making. Albert Einstein, for whom intuition was an ally, said: “The intuitive mind is a sacred gift and the rational mind is a faithful servant.”

7. Be careful in your communication with your colleagues

Communication is always important but especially during a crisis. These challenging times should not be seen as an excuse not to inform staff about ongoing negotiations and decisions being made. If your colleagues don’t feel involved, they may be less cooperative in putting into place any decisions reached. “What pays off is communicating well, working together, agreeing on the objectives, reflecting a vision to everyone, giving meaning to what we do, so that no one feels disconnected,” said Thomas, who oversaw the smooth negotiation and unanimous signing of an agreement between HR and staff representatives on emergency measures for the entire company.

8. Move forward – even if it means fixing decisions later

Since it’s not possible in crisis situations to have control over all the variables, you have to decide to keep moving forward, even if it means changing strategy several times. Finding the balance between waiting to get a better understanding of the situation and blindly moving ahead is not always easy. What distinguishes good decision-makers is often their ability to make ad hoc decisions – and then to question those decisions later so as to work out if there are better options. Crisis or no crisis, decision-making involves arbitration that is a bit dizzying and fraught with responsibility. It is worth accepting that it is best to let go and recognise that there is no such thing as a perfect solution.

Crises put not only your ability to make decisions to the test, but also your ability to adapt. When faced with too much, too little or contradictory information, you may have to let go a little and accept the uncertainty and the risks involved in making decisions. It’s best to keep the ultimate goal in mind and come up with a response that will give the best result in the long term. 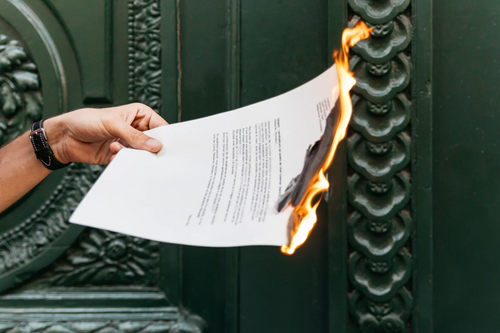 How many times have you searched "cover letter templates" on Google? Well, it's time to stop! Use your voice and share your originality. 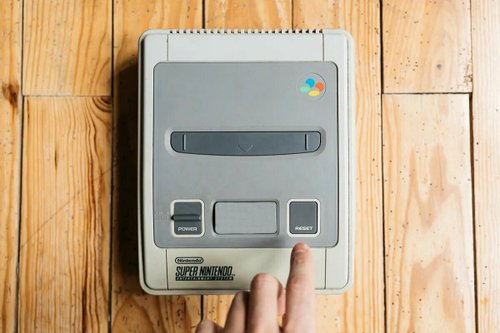 Reset: Is making a "fresh start" always the best option?

Making a "fresh start" is a seductive proposition. But is it the right step for you or should you make smaller adjustments to better your life? 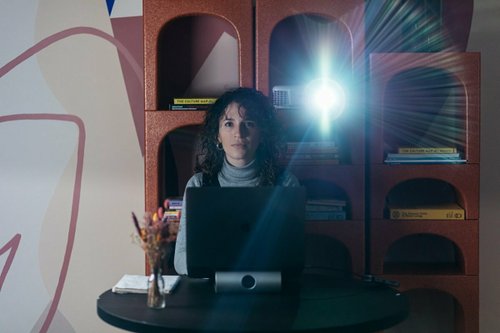 When it comes to leaving your job, everyone has their own way of doing it. Some people leave quickly and never look back, while others... 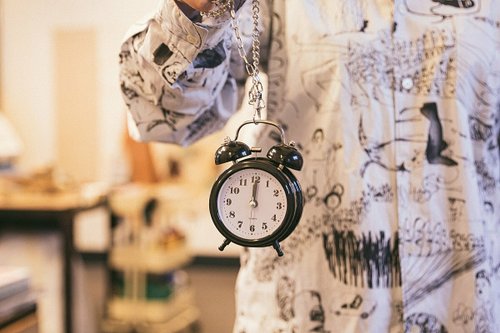 What can you do when you’re late for a job interview?

Arriving late at an interview may seem like the end all, but it doesn't have to be. Here's how to navigate the situation best. 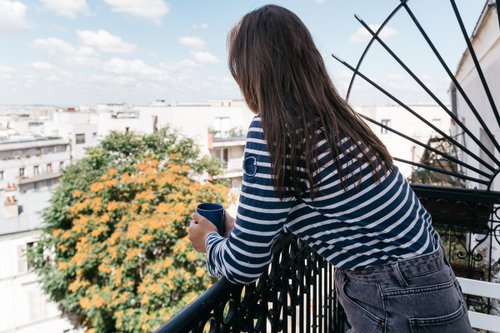 Getting closure: how to mourn the end of a job

How do we deal with losing our job? What are the best ways to get closure from a job loss and move on?