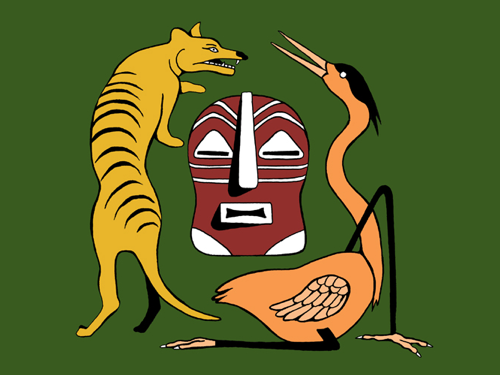 Tribes: We Need You to Lead Us by Seth Godin

Remote: Office Not Required, the book everyone should read about remote work
Who: The A Method for Hiring by Geoff Smart and Randy Street
Rework: Change the Way You Work Forever by Jason Fried, David Heinemeier Hansson

Our episode 7 is dedicated to Seth Godin’s mustread leadership classic, Tribes: We Need You to Lead Us. In our increasingly connected digital world, no business can succeed without tribes. A tribe is a group of people connected to one another and to an inspiring leader with an idea. They share an interest and a way to communicate, usually a platform. Tribes require leadership. They advance change and novel ideas.

Seth Godin is an American entrepreneur, marketer, blogger and public speaker. When his book Tribes was published in 2008, it became an instant best-seller. Its main ideas were groundbreaking, for they offered a new vision of marketing in the digital age. 9 years later, some of Godin’s aphorisms have been used thousands of times and are now world-famous. Some of his ideas have become mainstream. The book is now a mustread classic: it offers valuable insights into management and leadership in our age of social networks that still ring true today.

“We live in a world where we have the leverage to make things happen, the desire to do work we believe in, and a marketplace that is begging us to be remarkable.”

On the importance of leadership

We can’t help it: as human beings we have a strong urge to belong to something bigger than ourselves. Tribes are the result of that primal need. They can be defined as groups of individuals connected to one another, to a leader and an idea.

We all belong to several different tribes. Tribes used to be essentially local. But now the internet has eliminated geography. There are now many more tribes and tribes that could not have existed before. There are thousands of new ways to connect and coordinate groups of people that didn’t exist twenty years ago, which means that just about anyone can now exert influence.

Many organisations are still stuck in a “factory-centric model of producing goods and services”. They believe they need to act like managers or employees, rather than leaders. But leadership is not management. Whereas “management is about manipulating resources to get a known job done”, leadership on the other hand is about creating change. Leaders lead followers, not employees.

The old corporations are traditionally built around the CEO the way kingdoms revolved around kings. The closer you get to the king, the more influence you can hope to have. Marketing however changed all this. Today, everything is about engaging with the tribe, delivering products with stories that spread.

Unlike managers, leaders need to be partisan. The more partisan the better. Indeed middle-of-the-roaders are boring: they do not stir enthusiasm and aren’t followed. Partisans want to make a difference and reject mediocrity.

Why you need faith to make a difference

All tribes are about faith, the belief in an idea and a community. Three trends have created the need for strong faith-based leadership today:

In that new environment, heretics are the keys to our success. They are the ones who create the new movements that challenge the status quo. To challenge what has always been done, they must believe it is possible. They must be engaged and passionate.

Learn more about: Must-reads for leaders

Why factory work is doomed

Seth Godin defines a factory job as “any job where your boss tells you what to do and how to do it”. It is a broad definition that includes many white-collar jobs too. Paradoxically, factory jobs are also comfortable: many people want the stability and the absence of responsibility that a factory job can provide.

As factory jobs used to be associated to comfort and safety, they were also quite appealing. But the factory advantage has faded with time. Today factory jobs are not as safe as they used to be.

“Now it seems, the air-conditioning and the illusion of deniability aren’t worth so much. Now, when we envision our dream jobs, we’re imagining someone (…) who has control over what he does all day, creating products or services that he’s actually proud of. It certainly involves having authority over your time and your effort and having input into what you do.”

The growth of freelancing and remote work over the past decade prove Godin’s insight true. More people seem to want to have control over their work time. They want more autonomy, responsibility and creativity in their jobs. Quite the opposite of a factory job.

Godin quotes a fellow author, Dan Pink, who coined the phrase “Free Agent Nation” over fifteen years ago, to describe the movement of qualified people leaving organisations to become self employed. We don’t need factories anymore, says Godin. Tomorrow’s organisations are filled with smart and flexible people “on a mission”. These organisations require leadership.

Why we must recruit leaders

The status quo is persistent—everyone believes that what they have is probably better than the risk and fear that come with change. If they are serious about their desire to change, companies need to recruit heretics who will be leaders of change.

Above all, companies ought to avoid “sleepwalking”, as defined by Seth Godin as “the outcome of hiring people who have been raised to be obedient and giving them brain-dead jobs and enough fear to keep them in line.”

Whoever is hired must be given the means to become a leader, i.e. be allowed to work autonomously. “When you hire amazing people and give them freedom, they do amazing things”.

Increasingly traditional organisations as we know them will be replaced by tribes. With the internet you can build a bigger, faster and cheaper tribe than ever before. Transactions costs are down whereas the costs of running a formal organisation (with office, benefits, management) are up. All this means traditional HR and recruitment will have to change dramatically.

The end of average and mediocre

Management was designed to maintain the status quo and help organisations deliver mass-produced products to mass-consumers, i.e. average products to average consumers. In the era of standardised products, it made sense to build reliability and predictability, and cut costs. Companies relied on traditional marketing to push their products. They spent vast amounts of money on advertising and distribution so their standard products could be bought by their standard audience.

In the era of tribes though, average becomes impossible. Average means mediocre and boring. Average does not engage tribes. Today’s products must stir strong enthusiasm. It doesn’t matter if only a few people share the enthusiasm at first. As blogger Kevin Kelly once wrote, all you need is “1,000 true fans”. A true fan is a member of the tribe who cares deeply about you and your work.

An artist, for example, needs only 1,000 true fans to make a living. True fans connect with other true fans and amplify the noise the artist makes. The most important thing is to turn a casual fan into a true fan. “What they’re missing is the depth of commitment and interconnection that true fans deliver”.

How to start a micro-movement

Every leadership and every venture must start with a “micro-movement”. The key element in creating a micro-movement consists of 5 things to do:

And 6 big principles must be followed:

Remote: Office Not Required, the book everyone should read about remote work