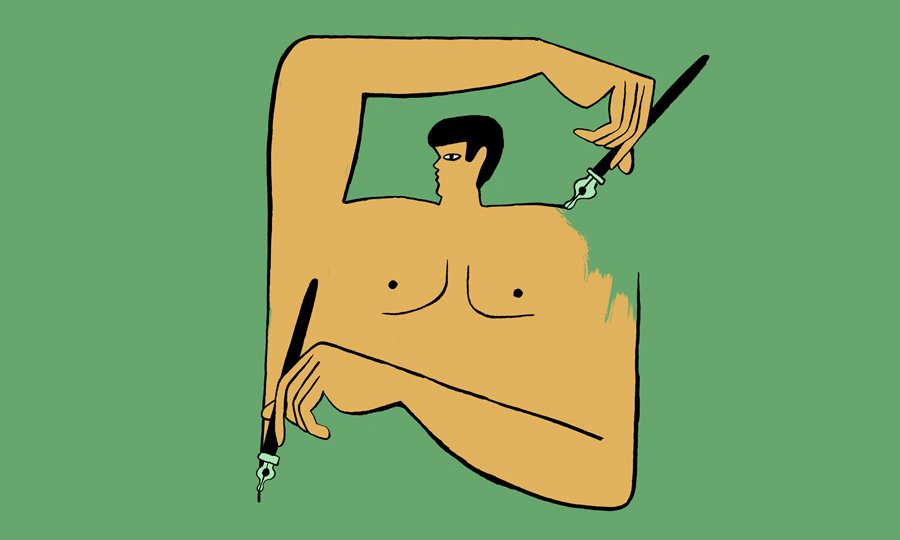 Creating a winning corporate culture: lessons from the greatest leaders

The 8 keys for managing multicultural teams by Erin Meyer
Future of work: are you ready for the Passion Economy?
Innovation: What you could learn from the world's famous chefs

What is corporate culture? How do you shape it to serve your mission? Silicon Valley venture capitalist and best-selling author Ben Horowitz insists that “What you do is who you are” and the culture of your company depends on it. With the talent of a consummate storyteller, Horowitz takes his readers on a journey through history to help them learn some valuable culture and leadership lessons.

What You Do Is Who You Are (2019) is a must-read book about culture and leadership to understand what culture is not and the traps we should all try and avoid. Culture is not the values you paste on a wall. It’s not what you say in speeches and meetings. It’s not even what you believe. It’s what you do and who you are.

Ben Horowitz is a cofounder and general partner at iconic venture capital firm Andreessen Horowitz. This book is not his first: The Hard Thing About Hard Things (2014) was a sincere and funny account of his years as an entrepreneur and manager which became an instant classic.

This new book combines historic lessons from wartime leaders of the past who created a rocksolid culture to sustain their victories and from contemporary companies, notably some of the Silicon Valley startups that make the headlines today in articles devoted to corporate culture.

“Your culture is how your company makes decisions when you’re not there. It’s the set of assumptions your employees use to resolve the problems they face every day. It’s how they behave when no one is looking. If you don’t methodically set your culture, then two-thirds of it will end up being accidental, and the rest will be a mistake.”
- Ben Horowitz

Culture is a strong force

Culture is one of those concepts that everyone loves to speak about but can’t help but be vague when asked to define it precisely. What is culture? Horowitz, like everyone else, finds it easier to say what it is not than what it is. “Is culture dogs at work and yoga in the break room? No, those are perks.” Although intent matters, it is far from enough to sustain a culture. It can be altered by accident: “there’s a saying in the military that if you see something below standard and do nothing, then you’ve set a new standard.”

“Companies—just like gangs, armies, and nations—are large organizations that rise or fall because of the daily microbehaviors of the human beings that compose them.”
- Ben Horowitz

Horowitz does volunteer a short, effective definition of culture: “Culture isn’t a magical set of rules that makes everyone behave the way you’d like. It’s a system of behaviors that you hope most people will follow, most of the time.” And it is a strong force, he explains. Even if it changes with time and cannot be sufficient if you have a product nobody wants, culture “is the strong force in the universe”.

To make his point, Horowitz selected four “models” that were effective in getting the cultures they wanted.

The first one is Haiti’s Toussaint Louverture who managed to “reprogram” slave culture and lead the only successful slave revolt in human history. The second is the Bushido code of the samurai that enabled the warrior class to rule Japan for 700 years and shape Japanese culture. The third is Genghis Khan, a “total outsider” who succeeded in building the world’s largest empire. And the fourth is Shaka Senghor, a man convicted to 19 years in prison for murder, who led a powerful, ferocious prison gang, but eventually transformed his gang leadership into a force for good.

The 7 lessons learnt from Toussaint Louverture

François-Dominique Toussaint Louverture (1743-1803) was a Haitian general who led the first and only successful slave insurrection. In Napoleonic times, he made Saint-Domingue a de facto autonomous colony of which he became governor. Horowitz’s effective storytelling of Louverture’s exploits leads him to examine “7 key tactics”:

The samurai, or how to build a 360-degree culture

The samurai, the warrior class of ancient Japan, had a code of conduct—a culture—that enabled the samurai to rule Japan for 700 years. The “way of the warrior” (Bushido) selected from Shintoism, Buddhism, and Confucianism, in a “meticulous approach to building a 360-degree culture”, that Horowitz believes is “extraordinarily applicable today”. The samurai defined culture as a set of virtues. Whereas values are merely what you believe, virtues are what you . And is what matters.

The Japanese culture is characterised by great attention to detail and extreme focus on quality, both of which can be accounted for by the bushido “shocking rule” that says “keep death in mind at all times”. If everything you do may be the last time you do it, then you start becoming more mindful.

All bushido virtues worked in concert, as a system. Honour was seen as the immortal part of each warrior. “Your individual reputation should be at stake in everything you do (…) are you willing to put your name on it?”. is a complex set of rules that determines how the samurai must behave in every situation. And is “the end and the beginning of all things”.

Shaka Senghor (his real name is James White) was imprisoned for murder for 19 years. In prison he successfully led a gang, and finally used his leadership to transform the gang members’ lives for the better. As he was transferred to state prison, Shaka was kept in quarantine. The very day he got out, he witnessed somebody get stabbed in the neck. That was his “orientation” (onboarding) into prison culture.

This shocking anecdote leads Horowitz to ponder the importance of first impressions at work. “People learn more about what it takes to succeed in your organization on that day than on any other. Don’t let that first impression be wrong or accidental.”

The 3 principles behind Genghis Khan’s success

Genghis Khan (1162-1227) was the founder and Emperor of the Mongol Empire, which became the largest contiguous empire in history. He came to power by uniting many of the nomadic tribes of Northeast Asia who all became loyal to him. For Horowitz, “Khan was the most effective military leader in history.” And his success owes a lot to his ability to create an “inclusive culture”.

The three pillars of Khan’s successful culture are meritocracy, loyalty and inclusion.

Design your own culture

There is no one- size-fit-all approach to creating culture. Culture must fit a purpose, a mission, a strategy and a business model. Also, it isn’t static: it must evolve with time to help a company face new challenges. “All cultures are aspirational.”

Horowitz encourages his readers to be themselves. “A key to leadership: you must be yourself. If you try to be someone else, not only will you be unable to lead, but you’ll be ashamed to have people emulate you.” His advice brings to mind a famous quote often attributed to Oscar Wilde: “be yourself, everyone else is already taken”.

Each culture must reflect who the founders are, and be designed that way. But each culture will also come in different flavours. Depending on their mission, different groups may develop different subcultures. For example, sales and engineering teams often have different subcultures within companies. “When you ask an engineer a question, her instinct is to answer it with great precision. When you ask a salesperson a question, she’ll try to figure out the question behind the question.”

The 8 keys for managing multicultural teams by Erin Meyer