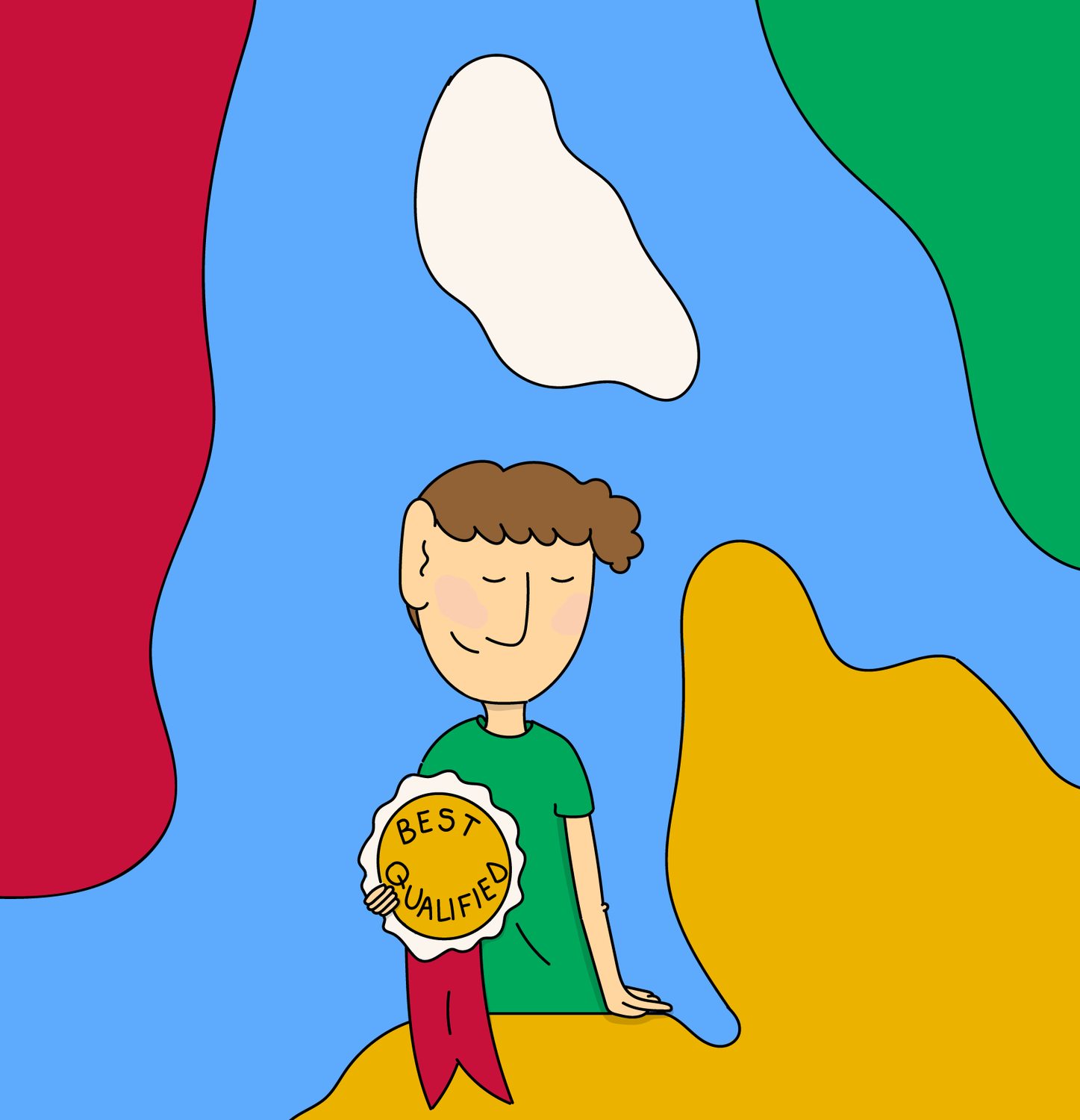 The Dunning-Kruger Effect | We’re all biased!

We humans are not rational beings capable of always putting emotion aside so as to process information and take the best decisions for our company. We are biased. “Cognitive biases” refer to the distortions created by our cognitive system when we receive and process information. When it comes to human resources, these biases have a tremendous impact. Most of us are unaware of them, yet they often hinder diversity and efficiency. With this series, we aim to provide short and insightful articles to help you identify the biases, understand how they affect HR, and what to do to address them. Number 1 : The Dunning-Kruger Effect.

It’s one of the biases that affect how we evaluate people. The Dunning-Kruger effect refers to the cognitive bias that leads a lot of people to assess their cognitive ability as greater than it actually is. Also known as the bias of “illusory superiority”, it causes the least qualified to overestimate their skills and the most qualified the underestimate theirs. The phenomenon is quite natural really: the less you know about a given subject, the less you know how much you don’t know, whereas when you truly master a subject, you know how rich and complex it is and how little you master it.

A tourist who’s only been to a country once may believe they know it, whereas someone who goes to that same country every year may have begun to explore all of its facets and become aware of the complexity of its history and culture.

The effect was first described by social psychologists David Dunning and Justin Kruger in a landmark study published in 1999 in the Journal of Personality and Social Psychology. But it’s been understood intuitively for a long time. Charles Darwin said, “Ignorance more frequently begets confidence than does knowledge: it is those who know little, and not those who know much, who so positively assert that this or that problem will never be solved by science.”

The Dunning-Kruger effect is two-sided. On the one hand the least competent tend to entertain illusions about themselves and not recognise their own incompetence. On the other hand, the most competent people tend to underestimate their own competence and not understand that the tasks that they find easy may not be easy for everyone.

Since incompetent people have a tendency to overestimate their competence, they are also more likely to feel self-confident and inspire confidence. Recruiters naturally prefer those who claim they are experts, rather than those who seem too modest.

Furthermore incompetent people can’t properly assess the competence of others. So they generally recruit other incompetent people. This idea was illustrated with humour in 1969 in the book The Peter Principle by Dr Peter and Raymond Hull. “In a hierarchy every employee tends to rise to his level of incompetence,” they wrote. And added the following corollary: “In time, every post tends to be occupied by an employee who is incompetent to carry out its duties”. The authors originally intended the book to be satire, but the “principle” was later proved valid by a lot of serious academic research.

More structured interview, tests, case studies and work situations can partly compensate for the Dunning-Kruger effect. To find out more, read our must-read article about the book Who: The A Method for Hiring by Geoff Smart and Randy Street.

Of course, recruiting isn’t everything. A company culture that values humility, questioning, and the expression of ignorance is more conducive to developing competence. When growth mindset and continuous learning are valued, people will rectify their shortcomings and fill their knowledge gaps. Give extra credit to the people who dare say: “I don’t know”!

The Halo Effect | We're all biased