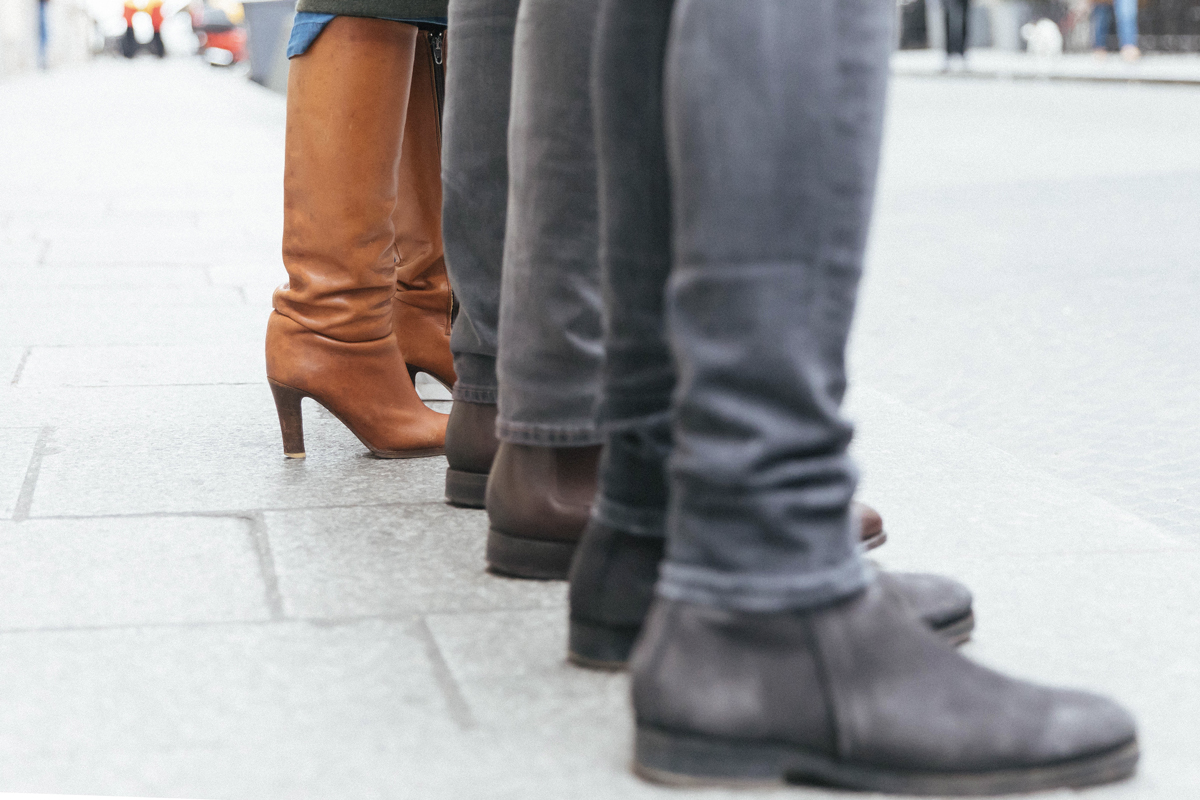 Unethical and Illegal Practices in Coding: From Prevention to Action
5 Things to Expect When You’re the Only Data Scientist on a Developers Team
Life Without Leadership

So you’ve just gotten a new programming job—congratulations! Unfortunately, every single other person on your tech team is a guy. The ratio of men to women in tech varies throughout the world, from 13% representation in Japan to 30% in Bulgaria. Those numbers are slowly improving, but you will still often have to get work done in an otherwise all-male team. Here are some situations you can look forward to if that’s what happens to you.

Sexual harassment in the workplace is no joke, and recent scandals at major tech firms have shown how difficult it can be to work as a woman in a mostly male arena. Even for the more enlightened team, Slack can fill up with inappropriate jokes and memes. A cutting remark about “dumb blondes” or a joke referencing a woman’s figure can feel like a direct threat—uncomfortable for you, but seemingly not for your male colleagues. From company-provided copies of the Kama Sutra to comments about women not belonging in the industry, you’re bound to encounter a wide range of insensitive or even openly aggressive commentary.

Your male colleagues probably haven’t thought about how this marginalizes you as a woman. On the plus side, there may be men on your team who would also prefer to keep any banter about sex, gender, or other sensitive topics out of company email and chat. If you reach out, you’re likely to find a number of allies on your team.

2. Your male colleagues will have lots of great advice about investments

The plain truth is that men make more money than women in this industry, particularly if a woman has children. In both the US and France, for example, the gender pay gap in STEM fields is nearly 12%.

There are many reasons given for this disparity—women pulling back from their careers to raise children, being less aggressive in negotiations, only applying for less-prestigious jobs, and so on—but for any lone woman on a tech team, it can mean that everyone around you is making more money.

3. You’ll have the chance to blow your own trumpet

Be prepared for some of your male colleagues to consider you a “diversity” hire—someone who has been brought in to show that the team has multiple perspectives, or even for the team to look better to shareholders worried about appearances in the #MeToo era. While male employees may have no problem getting assigned challenging and rewarding tasks, women may find they have to fight to prove they are a “real” programmer.

Therefore, try not to get stuck doing too much of the easy work. Women sometimes find themselves volunteering for things like renewing software licenses, performing mundane data entry, taking notes, or arranging birthday cakes for other team members. This detracts from what you’re capable of and your core skill set—a complete waste of your time, when you could be solving technical problems.

Volunteer—not for taking notes at the next retrospective, but for a task that really pushes you. You may find you have to put yourself out there, as it’s likely that most of your male colleagues will be disinclined to do so.

4. You’ll learn to speak up

A tech team is often no place for the faint of heart. People who love computers tend to want to get to the point and move on. So it may be that team meetings aren’t so much about gathering ideas but more about making public displays of knowledge.

Additionally, it has been shown that women often value their own work less than men’s. All of us are subject to imposter syndrome—the pattern you fall into where you believe that you can’t really do the work and will soon be found out for being a fraud—but women seem especially prone to these feelings. If you have something to say, you’ll have to learn to butt in—multiple times, if necessary—to make yourself heard.

5. Management tasks will come easier to you, even if you haven’t been put in a leadership position… yet

Studies have shown that women have a greater emotional empathetic response than men, making them more suited for leadership positions that require managing people. With this greater understanding of how individuals are feeling, they are able to juggle personalities and better adapt to work environments to meet everyone’s needs. If you have your eye on leadership, why not consider channeling your empathy superpowers into improving team communication or work processes? But remember: You’re working in an industry where women are frequently passed over for advancement, so don’t forget to speak up at your reviews about how these changes have benefited the team.

6. That hotel room will be all yours when you attend conferences

It’s not all hardship and woe. When you go to conferences with your coworkers, they’ll probably find themselves having to double up, but you’ll always get a room to yourself, meaning you’ll be able to stream episodes of Mr. Robot without having anyone call out spoilers. And for once, the queues for the bathroom are weighted in your favor! On a serious note, women are underrepresented both as attendees and speakers at tech conferences. This can be intimidating, but it perhaps also makes it easier to approach the women who are appearing on the podium.

Progress is being made to bring more women into technology, and to level the playing field in terms of reducing workplace harassment, achieving equal pay, and getting better female representation in STEM fields. Initiatives such as Women Who Code, Rails Girls, and Girl Develop It are helping bring girls’ and women’s voices to the forefront.

Many companies recognize the business problem of having only young, generally white, men as their developers. If they were selling to any other segment of society, the demographic homogeneity of their tech team would be a real liability. In other words, many companies are both trying to hire more women and attempting to improve their work cultures enough to attract them.

Unethical and Illegal Practices in Coding: From Prevention to Action