Whether you admire Mozart for his operas, Sartre for his philosophy, Fellini for his films, or Agatha Christie for her mysteries, do you sometimes wonder how those artists were able to create such masterpieces while the rest of us have difficulty just getting out of bed on a Monday morning?

So how do geniuses go about their day to maximize their productivity and creativity? If we’ve any chance of achieving the same, should we make sure we’re in a comfortable space or a confined one when we work? Should we be putting all our time into one project, or getting it done piecemeal while doing other things? Should we follow a routine or should we be mixing it up as often as possible? To answer these questions and sift out the common trends in order to find inspiration, the author Mason Currey gathered details of the daily routines of nearly 250 artists, composers, and creators for his book Daily Rituals: How Artists Work. We take a look at what he discovered here.

In terms of working, there are two camps: Those who work long hours knowing very well that what will be worth keeping at the end will be minimal, and those who only dedicate a small part of their day to pure creation and feed their minds in other ways.

For the Swedish director Ingmar Bergman, to make a film meant working eight hours a day to obtain just a few minutes of worthwhile creative content—if he was lucky! In his online class for the US site MasterClass, David Lynch echoes this approach. According to him, creativity is about being able to work knowing that 90% of what you produce will not be of good enough quality, but also that it’s a necessary step in getting the thread of an amazing idea.

It’s interesting to note that there isn’t a miracle solution: The true key to success is finding the routine that suits you the best. The French writers Honoré de Balzac and Victor Hugo are equally renowned, yet the former organized his days into two six-hour (or longer) blocks of writing, separated by a nap, whereas Hugo would focus all his energy on the two hours between 6 PM and 8 PM. Similarly, Beethoven would compose for nearly eight hours every day, while Mozart, who was occupied with other activities during the day, only composed for two hours upon waking and another two hours before going to bed. 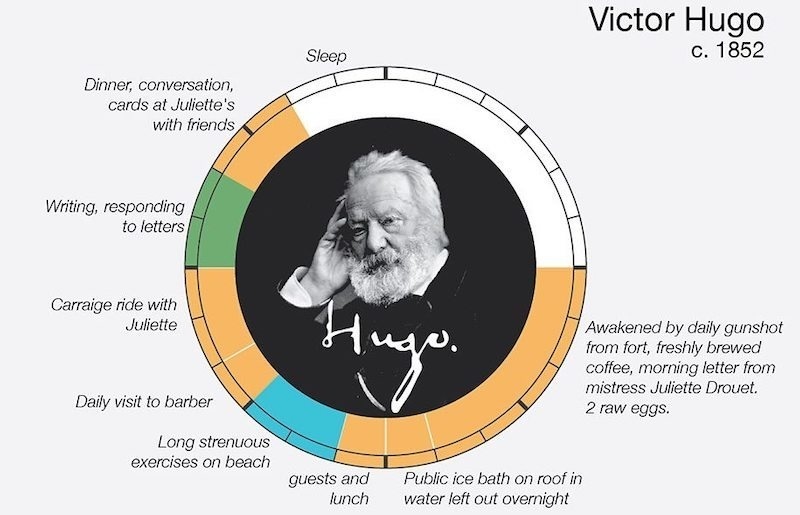 There are plenty of contradictory clichés when it comes to artists and their sleep schedules. On the one hand, there’s the theory that the early bird catches the worm, but on the other, there is the image of the creative process being fueled by nightlife and debauchery.

In Currey’s book, it becomes apparent that, even though the times that artists go to bed and get out of it vary, they all end up getting the same amount of sleep. In fact, most of them get six to eight uninterrupted hours of sleep a night. Of course, some artists are earlier risers than others, which is notably the case for those who have another professional activity during the day. One of the most prolific British novelists, Anthony Trollope, worked for the Post Office his entire life. Despite this, he would set aside three hours each day for writing, during which he would force himself to write at least 3,000 words. This type of bimodal life allowed him to do his work in deep work mode, meaning in a highly focused and efficient fashion.

The French novelist Gustave Flaubert worked intensively from 9.30 PM until 3 in the morning, whereas Balzac would sleep from 6 PM until 1 AM and then work until 4 PM! On a scientific level, it has been found that our efficiency depends on our circadian rhythm, in other words our biological rhythm throughout the day. Knowing your own rhythm allows you to figure out the moments when you’re most efficient and those when you get the most tired. In general, we are our most efficient four hours after waking up, and the hours after eating are essentially dedicated to digestion. 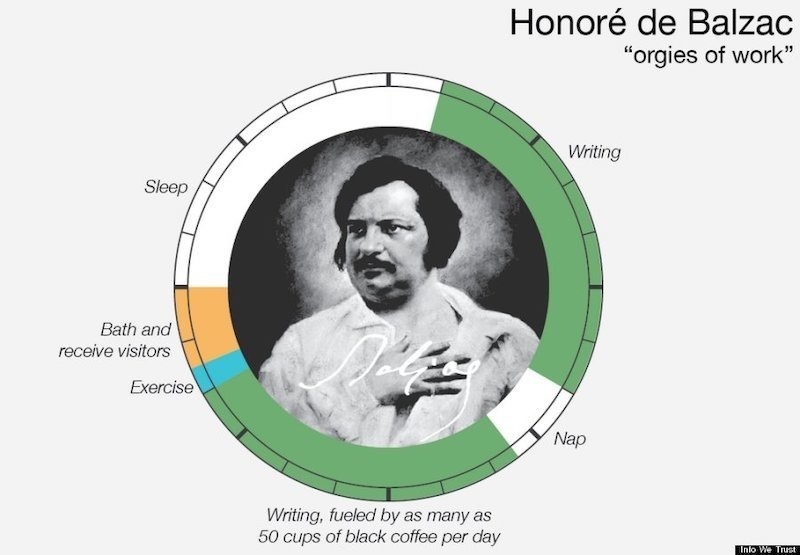 The German philosopher Friedrich Nietzsche wrote, “All truly great thoughts are conceived while walking.” In the daily life of a large number of artists, there is indeed a noticeable presence of this activity. We are aware of the benefits of taking walks, since going out for one and getting air allows you to get some perspective on your own thoughts. It’s been proven many times over that walking increases productivity and creativity. Research recently carried out at Stanford University in California showed that it allows the brain to oxygenate and that the students in the study were more creative after taking a walk. Charles Dickens would walk vigorously in London for nearly three hours a day; the poet John Milton would stroll in his garden for nearly four hours; and Charles Darwin included three periods of walking in his working day—upon waking up, before lunch, and before dinner.

In some companies, co-walking has recently become a trend both due to the benefits this activity offers and because it fosters better relationships with colleagues and managers. According to American researchers, the positive effects are noticeable after just a few minutes of physical effort and last up until sitting back down at a desk.

Currey’s book also highlights how most creative geniuses have a limited social life, considering it a useless waste of energy. Pablo Picasso would only see friends on Sunday, for example, while Marcel Proust withdrew entirely from the world to devote himself to writing. Once again, it is up to each person to determine the balance between creation and social life that suits them best. 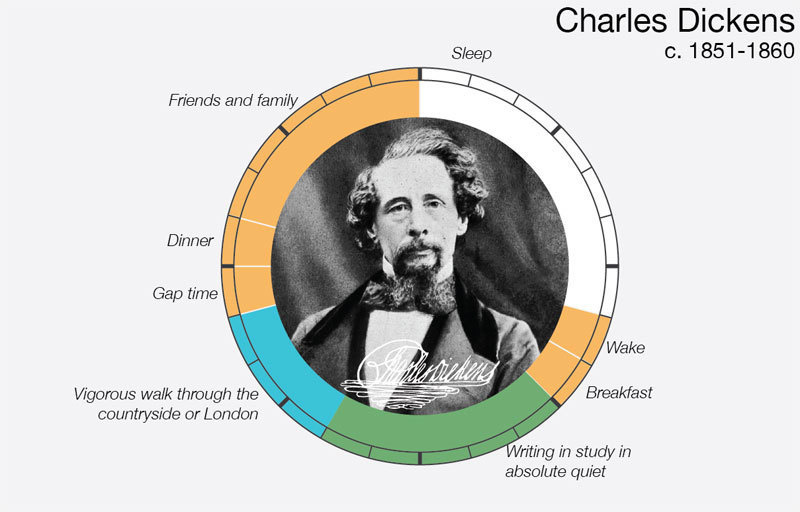 We’ve heard about routines, but sometimes a creator needs to avoid habits at all costs to stay stimulated and productive. Several artists have highlighted the necessity of taking breaks in the way they work to stimulate constant change. Woody Allen, for example, admits that he needs to constantly change the room he writes in to get the most out of an idea, as each change brings something fresh to the table. He also takes long showers several times a day, particularly when dealing with writer’s block.

Some need to create a specific space dedicated to work, whereas others do everything they can to avoid the feeling that they’re working. In her autobiography, Christie told how a typewriter and any flat surface would do, whether it was a marble edge in her bathroom or the dining room table. But it’s not always easy to find a quiet space to work: Graham Greene used to keep his office’s location a secret in order to be left alone. 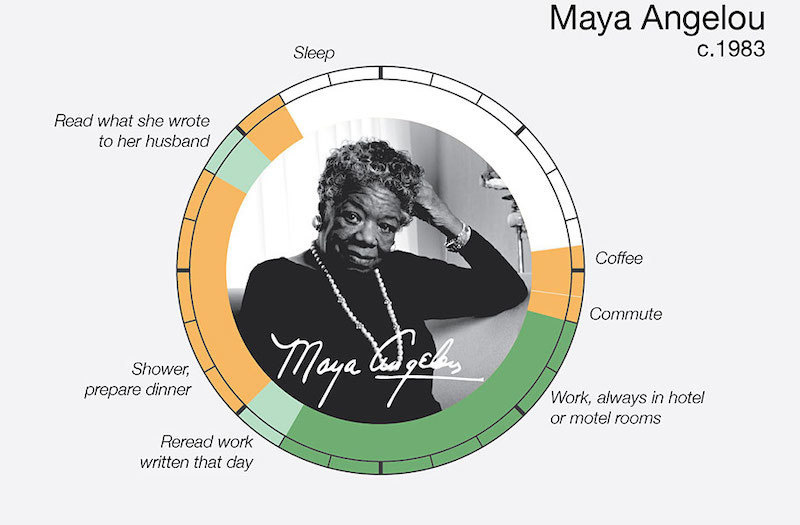 The most unusual routines 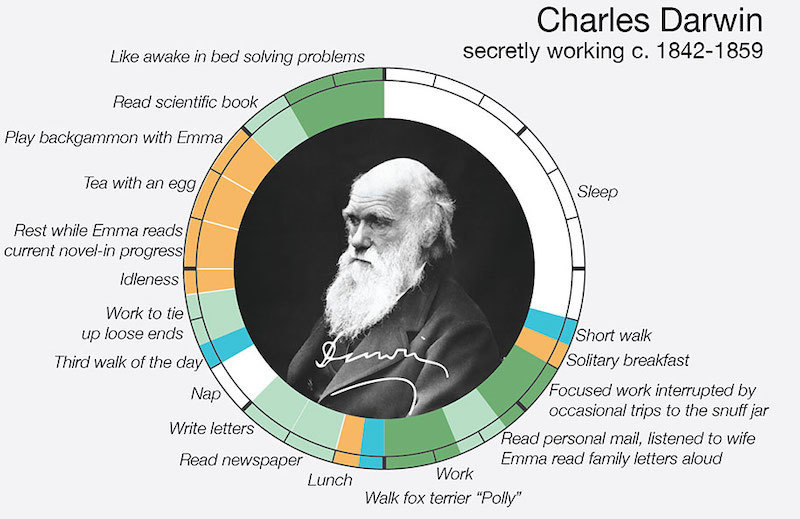 From reading Currey’s book, it becomes clear that there are as many routines as there are artists, and it’s up to each person to find the one that suits them best to maximize their creative potential. Many geniuses were keen on stimulants such as amphetamines, coffee, and alcohol, but they didn’t always lead the healthiest lives. What stands out from all the comparisons is that, in the end, the most important idea is simply to experiment: Get to know yourself, listen to yourself, and be receptive to the right ideas at the right time. The Rolling Stones’ Keith Richards wrote and recorded the chorus of “Satisfaction” after suddenly waking up in the middle of the night. Ideas are often fleeting and the most important thing to do is train yourself to remember and record them. It’s probably why Beethoven never left home without his notebook. 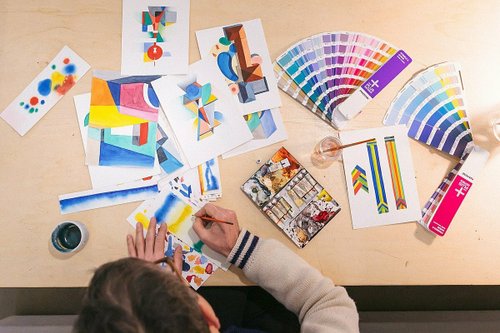 Learn to boost your creativity (and let go of your fears)

No one is immune to the effects that negative feedback can have on their creativity. Danielle Krysa, the author of Your Inner Critic is a Big Jerk... 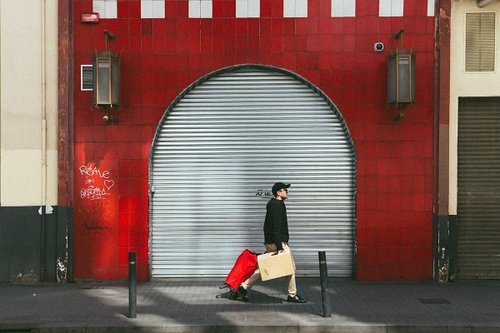 Take a walk to boost your health and creativity

The simple act of taking a walk improves our general wellbeing, focuses our attention and boosts our creativity. 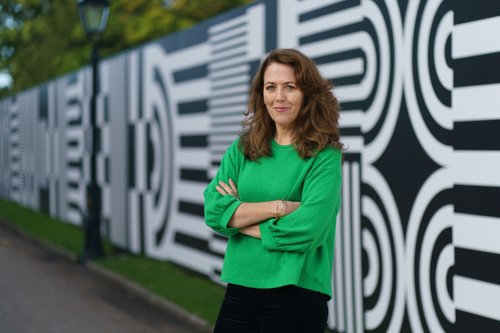 She’s been nominated for a Bafta and an Emmy, but it’s unlikely you’ll recognise her face. Meet Lorna Mugan, a costume designer from Donegal. 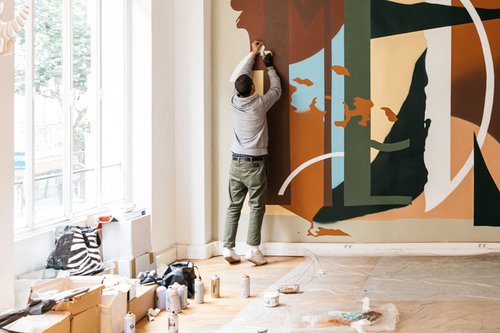 In lockdown and running out of ideas? Six tips to stay creative

Whether it’s through creating art or just finding inventive ways to adapt at work to this strange time, being creative is a new survival skill. 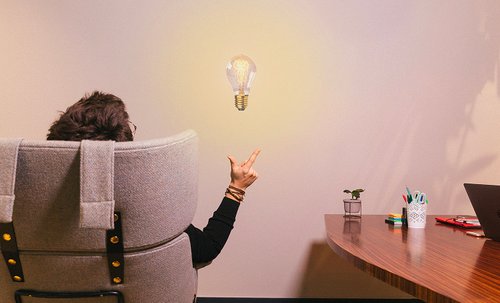 Guide to being creative at work (regardless of your position)

Even if your position doesn’t theoretically have a creative profile, creativity can become your best ally. Find out how to be more creative at work.