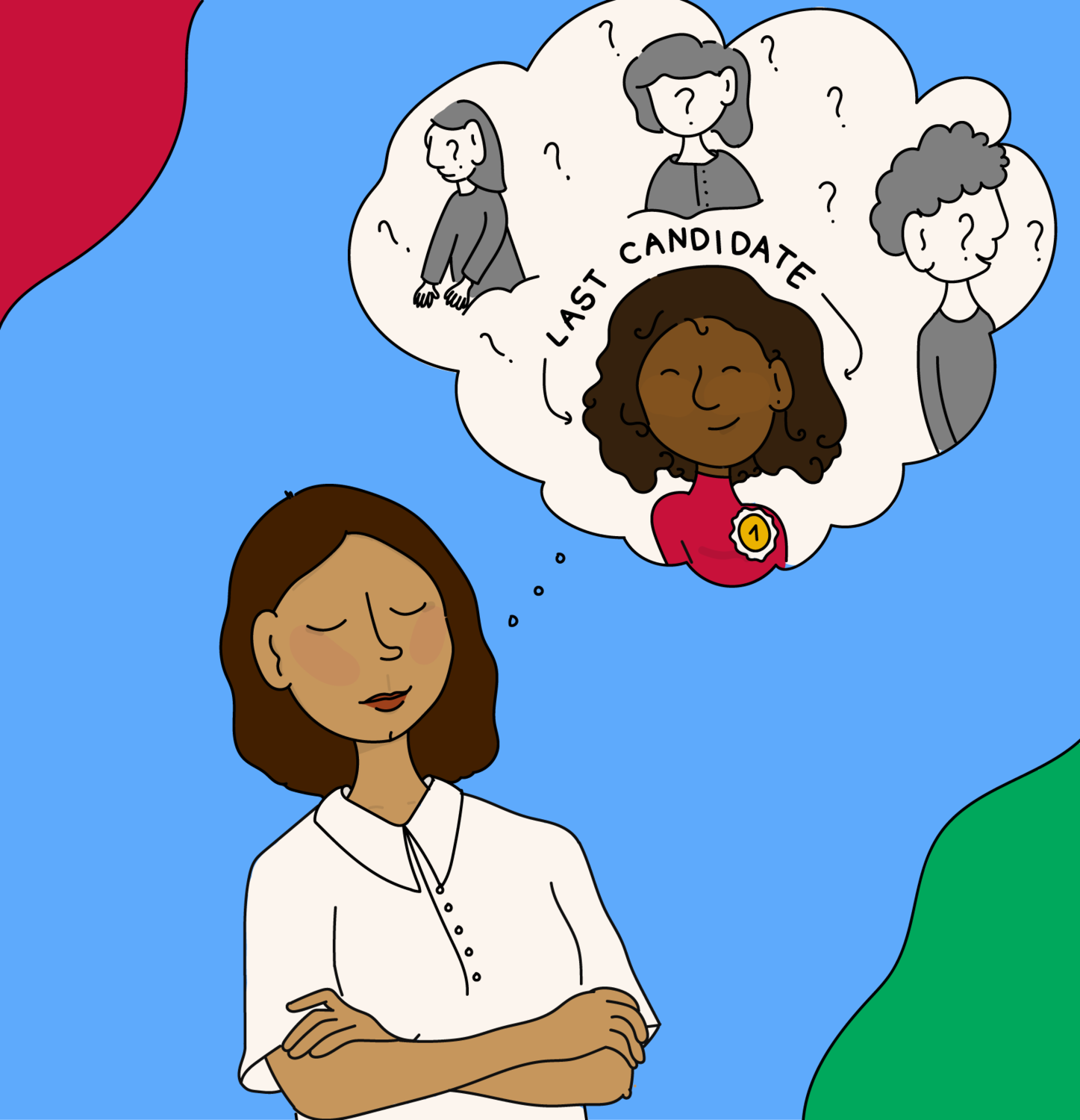 How your memory plays tricks on you | We're all biased

Moral licensing | We're all biased
Beware of the "Projection Bias" : it has you hiring an army of clones
What you should know about survivorship bias

We humans are not rational beings capable of always putting emotion aside so as to process information and take the best decisions for our company. We are biased. “Cognitive biases” refer to the distortions created by our cognitive system when we receive and process information. When it comes to human resources, these biases have a tremendous impact. Most of us are unaware of them, yet they often hinder diversity and efficiency. With this series, we aim to provide short and insightful articles to help you identify the biases, understand how they affect HR, and what to do to address them. Number 3 : the memory biases.

We all know our memory can play tricks on us. A memory bias is a cognitive bias that either enhances or impairs the recall of a memory, or a bias that modifies the content of a memory. Memory is connected to perception: indeed you can only remember what you actually perceived. There are many types of memory biases. Each time you summon a memory, your emotional state may alter its content. There are so many possible distortions, it’s a wonder people keep trusting their memories!

The recency bias refers to the bias that leads many of us to remember more easily something that has happened recently while struggling to remember something that occurred a while back. In the 1960s several researchers conducted studies to test people’s ability to remember lists of words. They concluded that we humans have a short-term and a long-term memory. The recency bias is the short-term bias. But there’s also a long-term bias: the primacy effect results in a person recalling first impressions best. So an individual who reads a long list of words is likely to remember words toward the beginning and toward the end better than words in the middle.

Another memory bias was also brought to light in the 1960s: the mere-exposure effect. It is a phenomenon that’s well known to advertising professionals. People tend to develop a preference for things merely because they feel familiar. The more often you see a person, the more likable you will find that person to be. Last but not least, the hindsight bias, also known as the knew-it-all-along phenomenon, refers to the tendency for people to perceive events that have already occurred as having been more predictable than they actually were before they took place. “I knew it,”, confident people often say. The hindsight bias is a source of overconfidence regarding our ability the predict future outcomes. It denies the role of chance

Memory biases are dangerous for recruiters, especially when a recruiting process takes weeks (or months), or when many candidates are seen on the same day. Too often recruiters let their memory play tricks on them and prevent them from choosing the best candidate.

A recruiter’s ability to remember a candidate they interviewed will depend on factors not related to the person’s qualities for the job. If eight people were interviewed in one day, the first two and the last two may be much easier to recall than the four in the middle. The last candidate in particular may be a recruiter’s favourite for the sole reason that it’s easier for them to remember the interview. Also you may evaluate more favourably a candidate who you have already seen at a job fair or a conference (mere-exposure effect). Or you may let first impressions matter disproportionately: if the candidate was a few minutes late, he/she can’t be serious.

Once you understand the influence that memory biases can have on your recruitment decisions, you may consider designing a recruitment process that can neutralise some of these biases. If you see several candidates in the course of the same day, it is critical to rely on structured interviews during which each candidate is asked the exact same questions as the other candidates. To find out more on the subject of structured interviews, check our “must-read” article about Who: The A Method for Hiring by Geoff Smart and Randy Street

It is essential to systematically record every piece of relevant information during and after each interview. Don’t trust your memory. Don’t wait until you can “see the whole picture”. And don’t rely on your “gut feelings”. If you see 8 candidates in one day, pay extra attention to those “in the middle”, as you are more likely to remember the first and the last.