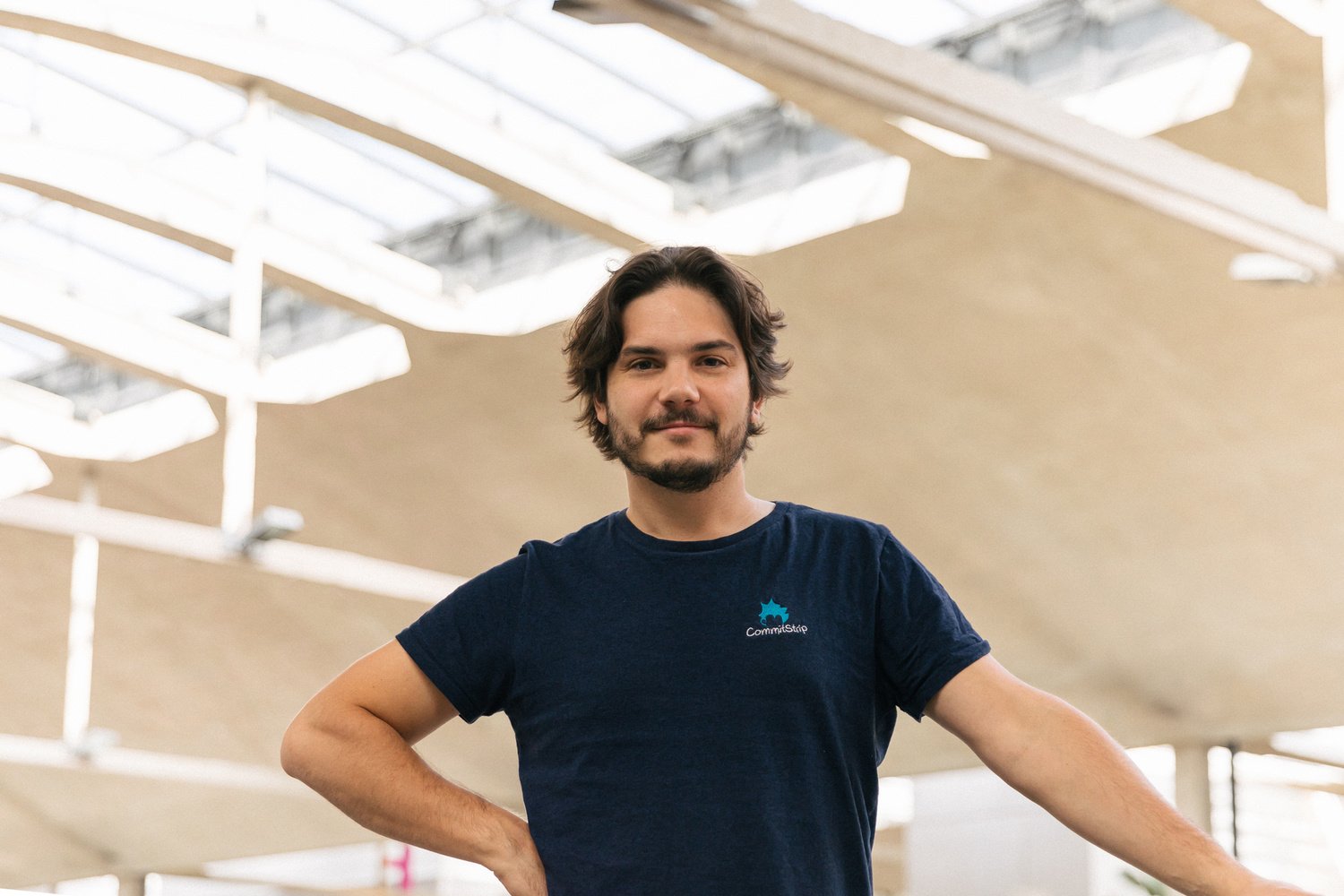 5 Tips to Overcome an Impostor Syndrome
Meet Thomas Parisot, a Web Developer Who Has Left Reporting Lines Behind
How to Take Your Talk Slides to the Next Level

Thomas Guenoux is the founder of CommitStrip, a comic strip about the daily life of developers, and the CEO at Yelda, an enterprise-ready voice-assistant platform. We chatted to him about the creation process behind the strip, what makes developers laugh, and the main industry trends he’s noticed from his work as a developer and the contributions he receives for CommitStrip.

Where does your interest in programming stem from?

When I was 15 years old, I got my first computer from my dad, with Windows 95 on it, and that’s how I started to develop websites for myself and my friends! Then, after studying at the Telecom Business School, in Évry, so that I could add management skills to my technical ones, I started several companies. Some friends from college and I introduced the concept of Facebook to France, but obviously what happened next is that Facebook arrived in Europe and that was the end of that. So, in 2008, I cofounded KRDS, a social-media marketing agency that started to develop games on Facebook. But from about 2015, I started switching to chatbots and am now totally focused on voicebots—in other words, artificial intelligence for automatic conversations. During my career, I have been both a front-end and back-end developer, but I soon began spending more time on project management. I am still coding, but not full time.

How did you end up creating CommitStrip?

When I was working at KRDS, I wanted to find a way to raise the profile of the agency as well as hire developers. A blog format wasn’t innovative enough, as there were already so many in the world of developers. So, in 2012, I started CommitStrip with Etienne, a cartoonist friend of mine who I’ve known since we were 10. This side project quickly became a standalone project.

How do you come up with the ideas for your stories?

I find material from news sources such as Reddit, my daily life at the office, or our readers who contribute. I have a story box with hundreds of ideas waiting. To begin with, I thought that I would only be writing 50 stories about deploying on Fridays, naming things, internships, and that would be all. But there is so much innovation and so many new things happening! When I started CommitStrip, there was no Docker, no containers, no continuous integration—the DevOps world wasn’t even really a thing then. And even if you’ve already covered deploying on Fridays, there are still hundreds of ways to joke about it. For example, I had already covered the death of Flash about 10 times in the strips, but the news about the end of Flash on Chrome and Firefox provided a new way to talk about it. I’ve now written more than 1,300 strips in total!

Who is your audience?

I am writing for developers all around the world. That means that my jokes need to be understood by French and American readers, but also Indian and African developers. It’s like producing an Avengers or Disney movie—you include some universal jokes that are compatible with all cultures!

What are the most-liked topics?

For the past few years, JavaScript fatigue has provided endless inspiration. I would also add to that DevOps fatigue, which has been cropping up recently. Fifteen years ago, when you wanted to deploy a project, it was usually quite simple, but nowadays your continuous integration pipeline can end up being huge, with so many tools! So containers and automatic testing are also a good source of inspiration. And of course, talking about browsers and device compatibility is always funny, too.

What strips have been the most popular? And which ones have your readers been less fond of?

One of the most popular strips was about Apple buying Beats. We made a joke about how the price of headphones had increased just because Apple was selling them. There was no text in this strip, only illustrations. It proved that sometimes you don’t need text to convey an idea.

The biggest flop happened at the very beginning of CommitStrip, when we were still learning about our audience. It was about a connected bra.

Can you joke about everything on CommitStrip?

No. For example, we don’t joke about offshoring because, even if it’s related to daily life, some people will be offended by it. We also don’t make jokes about religion anymore because some people complained that they were feeling attacked. Another sensitive topic is sexism. Once we did a strip about a new TV show at the time, Mr Robot. The main character of the strip, a coder, was watching the show with his girlfriend who wasn’t able to understand everything because she didn’t work in tech. Some people thought we were making fun of girls in tech but in fact we were just representing a person who was not tech savvy. It made us realize that we had a responsibility to represent women in the tech world and so we introduced a female character who’s a front-end developer.

What do you think are the main difficulties that developers are encountering currently?

There are more and more technologies available, making it difficult for developers to choose the right one. And if you go with the wrong one, you need to be able to switch quickly to another, which isn’t easy, as sometimes you may need to practice for years to become really efficient. Is it better to learn one JavaScript library for a whole year or to learn a different JavaScript library each day of the year? From one perspective, if you focus only on one thing, you’ll end up missing something else, but if you jump from one technology to another, you end up not becoming properly proficient in any of them. This is the trade-off developers need to get to grips with. But an initial problem can sometimes be developers forgetting how to be a developer before learning how to be a developer of a certain language or framework. The best developers are the ones who can jump from one language to another because they really understand the underlying aspects of the languages.

Another difficulty for developers right now is how to make the right choice regarding positions and companies when wanting to move forward with their career. Of course it’s always possible to jump from one company to another—there is no other industry today where you can do that more easily—but it can be difficult to know whether you’ve got the timing right. I would advise developers to try both start-ups and big companies during the first years of their career because it will teach you different things. And I would also recommend developers not to hesitate to launch projects in their free time during those first years. You’ll be able to take on more stable, long-term positions later on in your career.

What trends have you noticed happening in the industry?

Right now there’s a buzz about artificial intelligence. There is more and more talk about machine learning, deep learning, bots… I have spoken at a conference about how I think the future of full-stack developers will involve greater focus on the back-end part, as the front-end is likely to become automated at some point thanks to conversational bots.

Another important trend I’ve noted is that the security world is becoming more and more interesting. Investors are showing interest because the challenges will keep increasing.

What do you see happening with CommitStrip in the next five years?

Right now we are publishing our third book, and we’ll continue to do what we are doing now for the next few years. Maybe, at some point, we might be able to think about expanding CommitStrip to recruitment and news, or to try to reach a broader audience with stories that are more tech related than about developers. But our main focus remains to publish strips about the daily life of developers, because that’s what we do best!