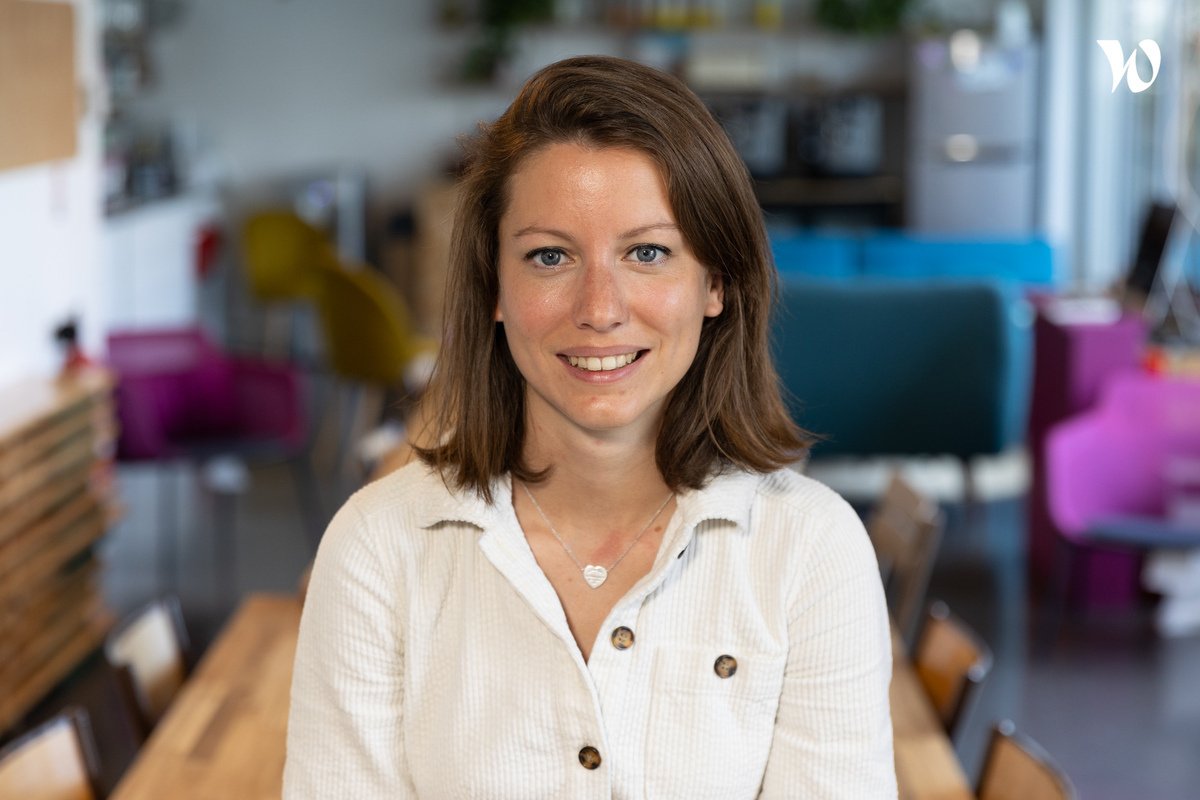 Margaux moved to Paris 4 years ago to begin her career at Getaround. She started out as a claims associate where she handled damage claims for the French market. Two years later she took on the position of team lead for the French, Belgian and British markets and then got promoted to the role of head of claims for Europe.

Her mission is to make sure the customer experience goes as smoothly as possible when encountering a damage or car accident during a rental. 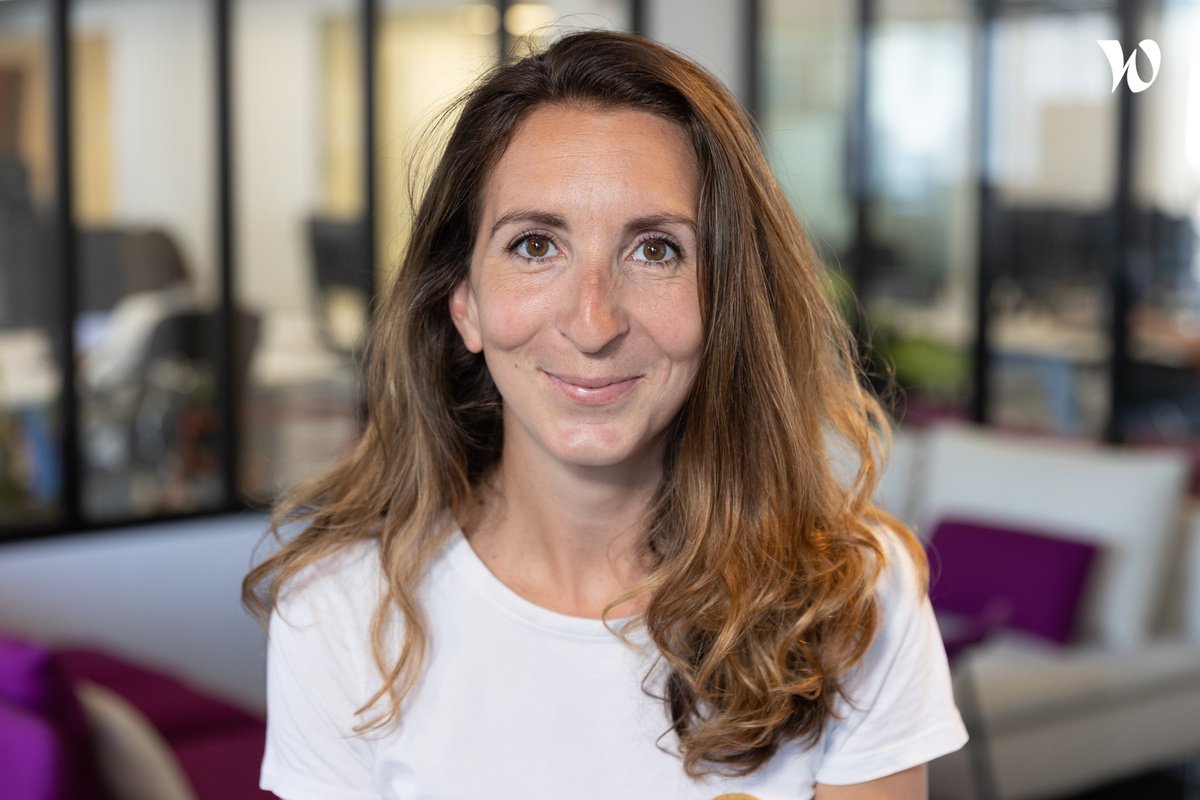 After having started her career as an Intellectual Property Attorney in a Law Firm, Nadege spent 8 years as the Europe Senior Legal Counsel for an industrial and mass consumer goods corporation. She then joined Getaround as its Head of Legal and became VP Legal and People in July 2020.

Her mission is to ensure the company’s Legal compliance and develop a solid HR culture to help the teams grow. 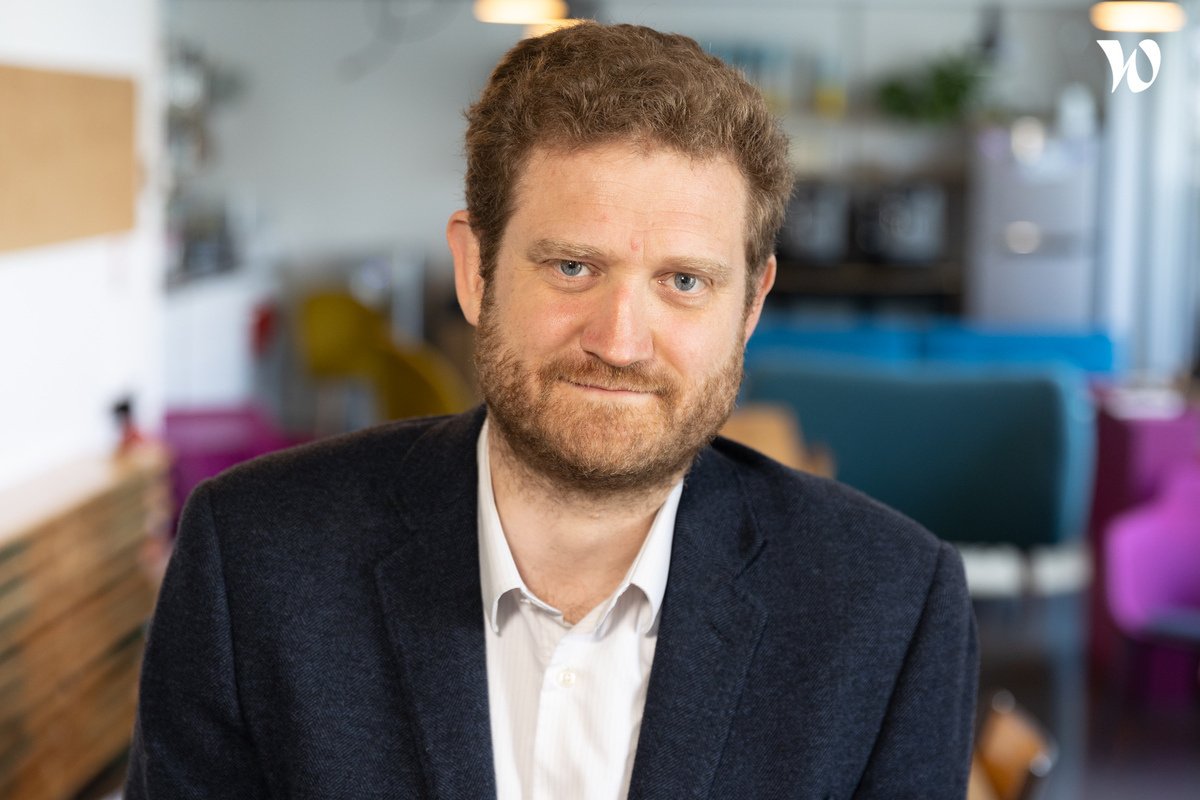 Simon leads all teams of Getaround in Europe (France, Austria, Belgium, Germany, Norway, Spain, UK), having joined the company in 2017 as COO. Prior to that, he spent seven years in the music streaming space, as COO and CEO France of Deezer. In both industries (mobility and music), he has been participating in the massive shift in consumer behaviours, from ownership to on-demand access.

Before joining the tech industry, he started his career as a M&A and strategy consultant and worked extensively in the area of sport, notably as Head of Finance for the Rugby World Cup 2007 Organising Committee. 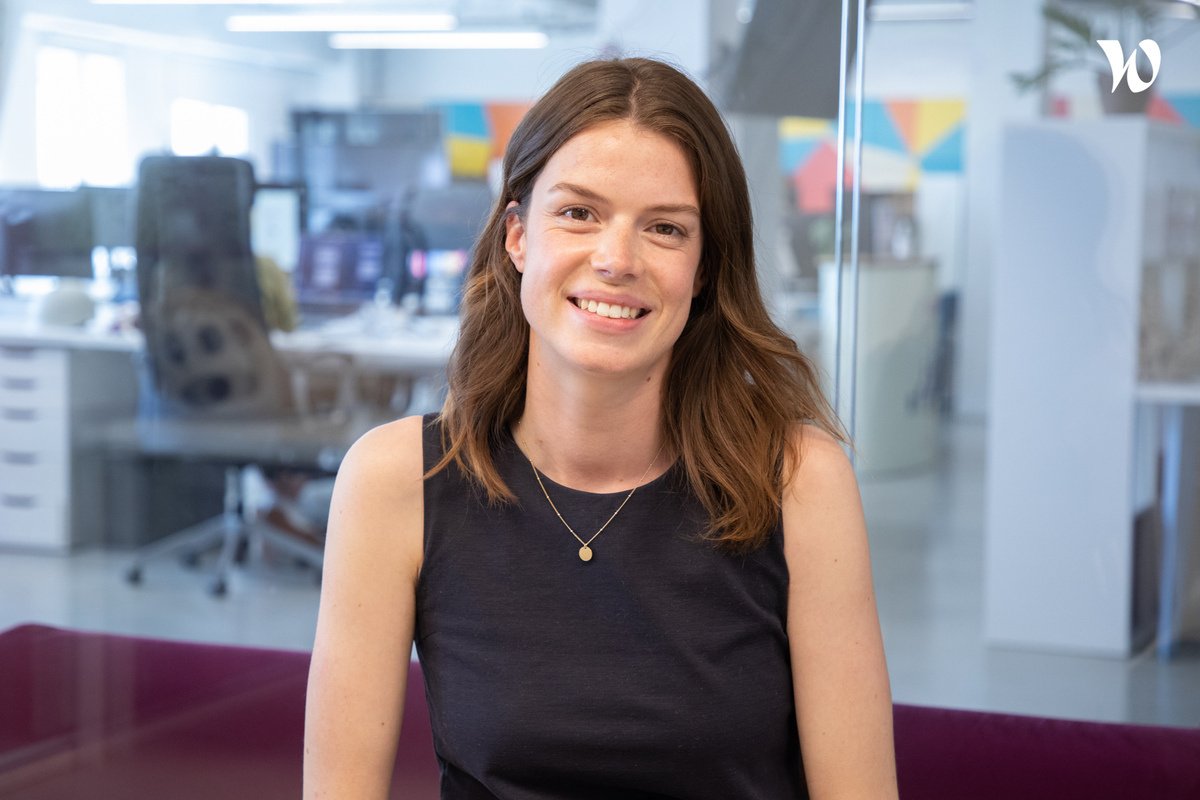 Sophie started her career at Getaround in October 2019 as a Customer Service Associate for the Belgian market.

Her mission is to make the customer experience on Getaround as convenient as possible for every Belgian user on the platform. 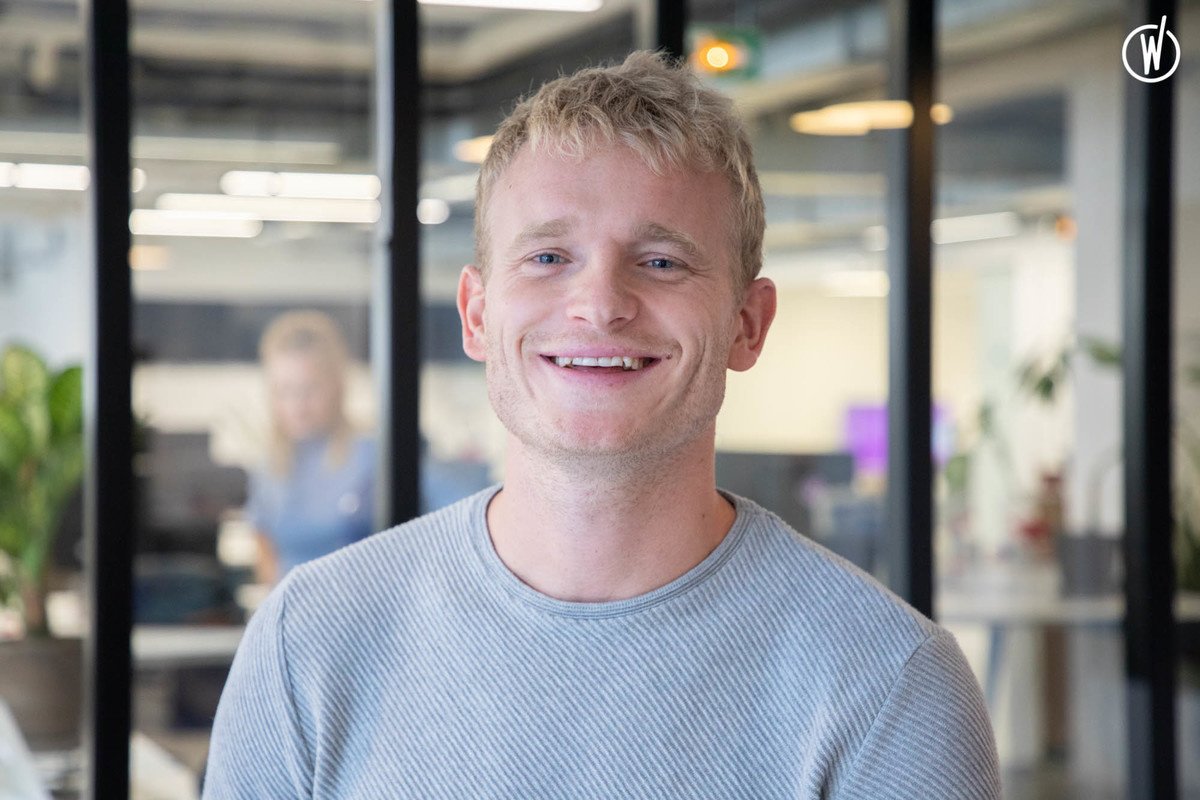 Jack graduated from the University of Glasgow and started his career in finance as an accountant with EY. Seeking more of an exciting, people-person role, he left EY to jump into the start-up world.

A keen hiker and runner, Jack is part of a Getaround team running the Paris marathon and plans to climb Mont Blanc in 2020! 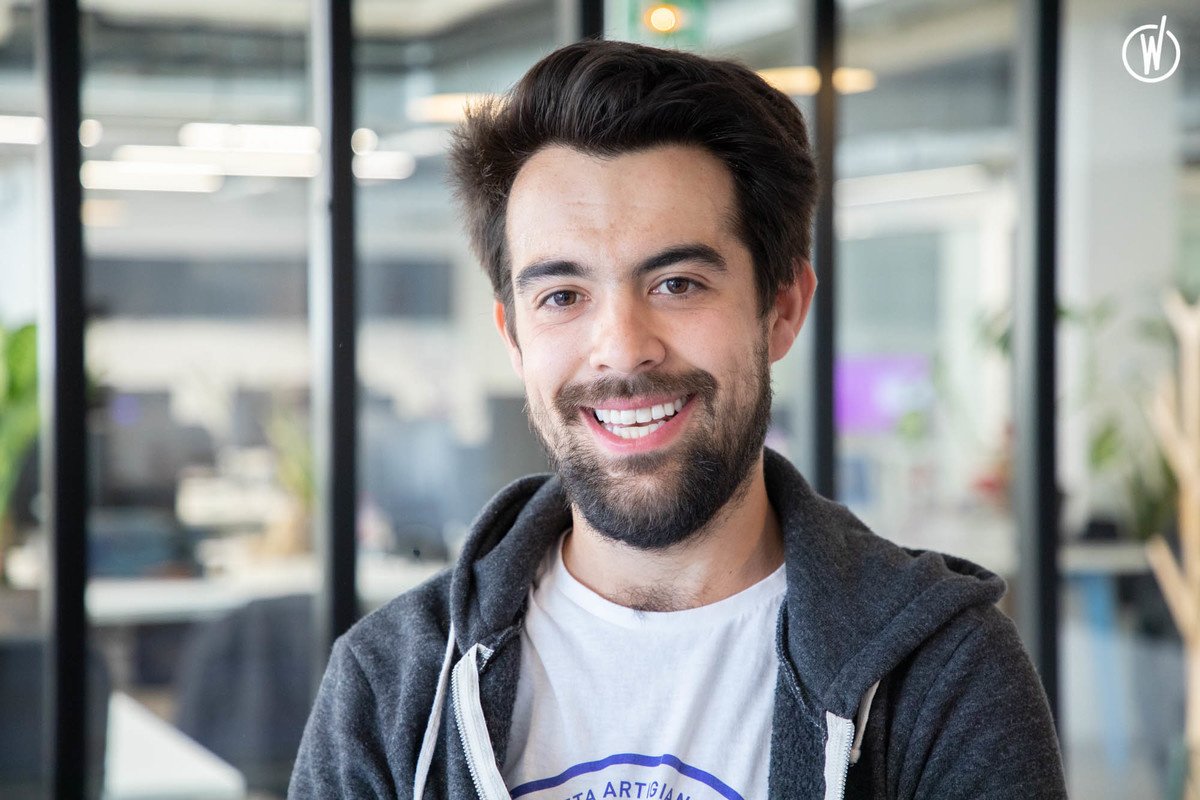 Alfonso is an economics graduate from ITAM in Mexico City, he first started working as a management consultant in the energy sector.

Looking for a more dynamic and impactful role, he moved to Paris where he joined Getaround Europe. As a Growth Analyst he is working towards leveraging our data to fuel our growth in the European markets.

Coming from a consulting background, he thinks his current role at Getaround is better than consulting because it is full with intellectual challenges but you get to own and see the results of your work.

As a fan of cooking, Alfonso is our main cook for our office barbecues. 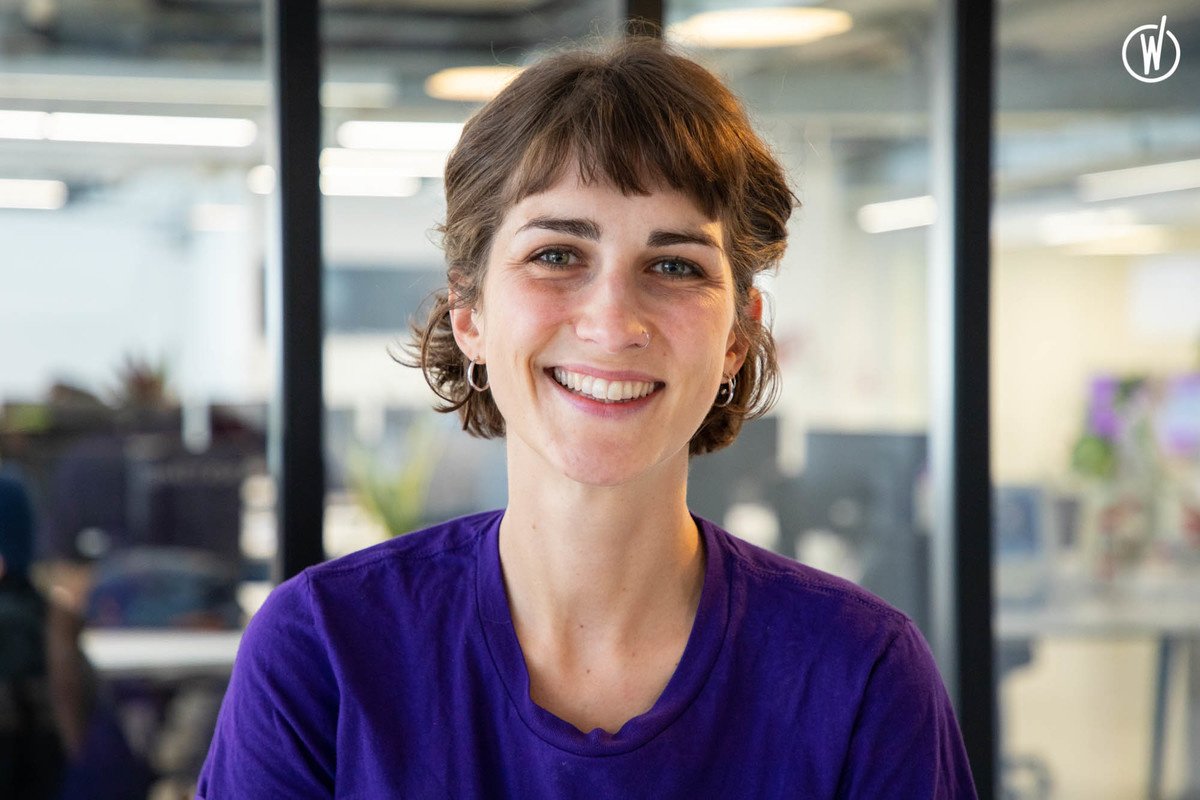 After a degree in modern languages, Emily worked as an English teacher and translator for several years. She decided to embark on a new phase in her career by learning a different language: computer programming. She undertook the intensive Le Wagon bootcamp in Bordeaux, then moved to Paris and where she sought a 6-month internship to keep improving her programming skills.

After that, she applied to work at Drivy where she saw an opportunity to work alongside and learn from rigorous and experienced developers, whilst also having a meaningful impact in the mobility sector. Two years on, she is a full-stack engineer in the Owner Success squad, building features for owners, improving fleet quality and providing tooling for fleet managers. 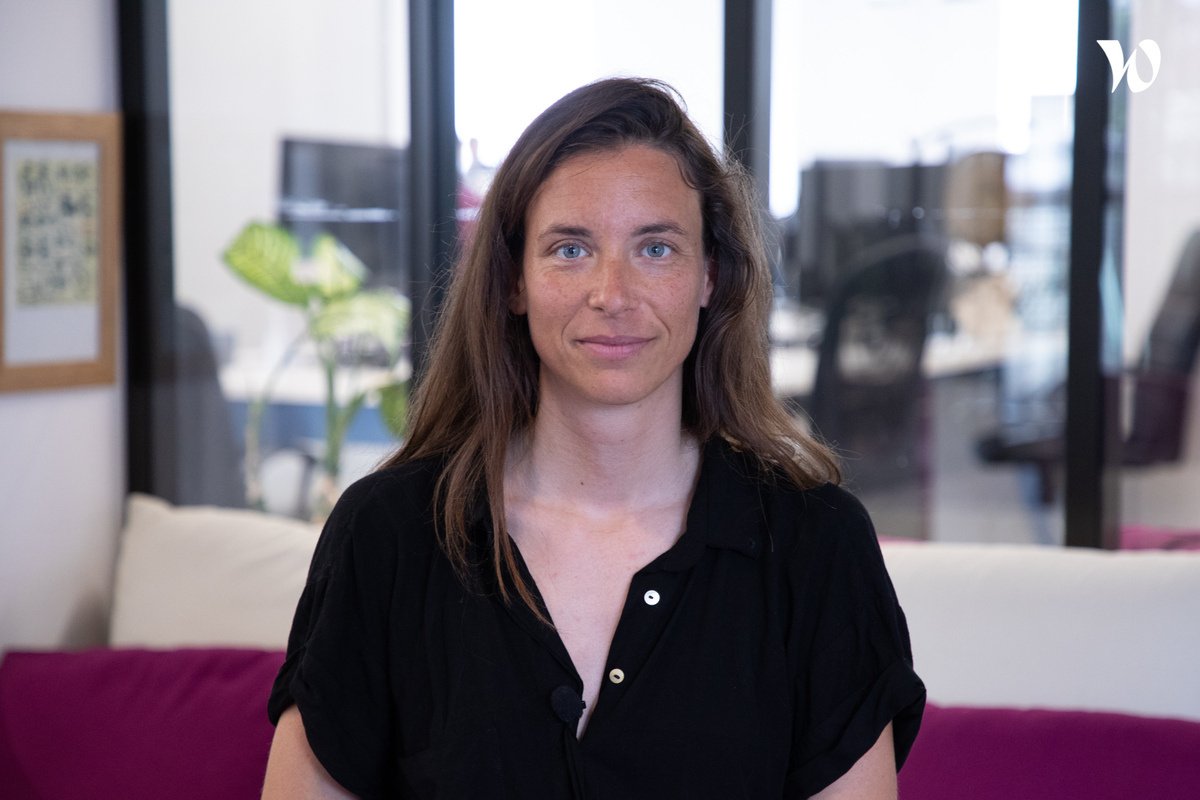 Passionate about innovation, it’s quite naturally that Solene turned to Service Design. First as a freelancer, afterwards within User Studio where she first started working as a Service Designer and then as a Strategic Designer.

That is where she discovered UX and interface design.

Since then, she has been passionate about building bridges between vision / strategy and interface design on products such as Koolicar, Drivy and Getaround, where she now manages the Product Design team. 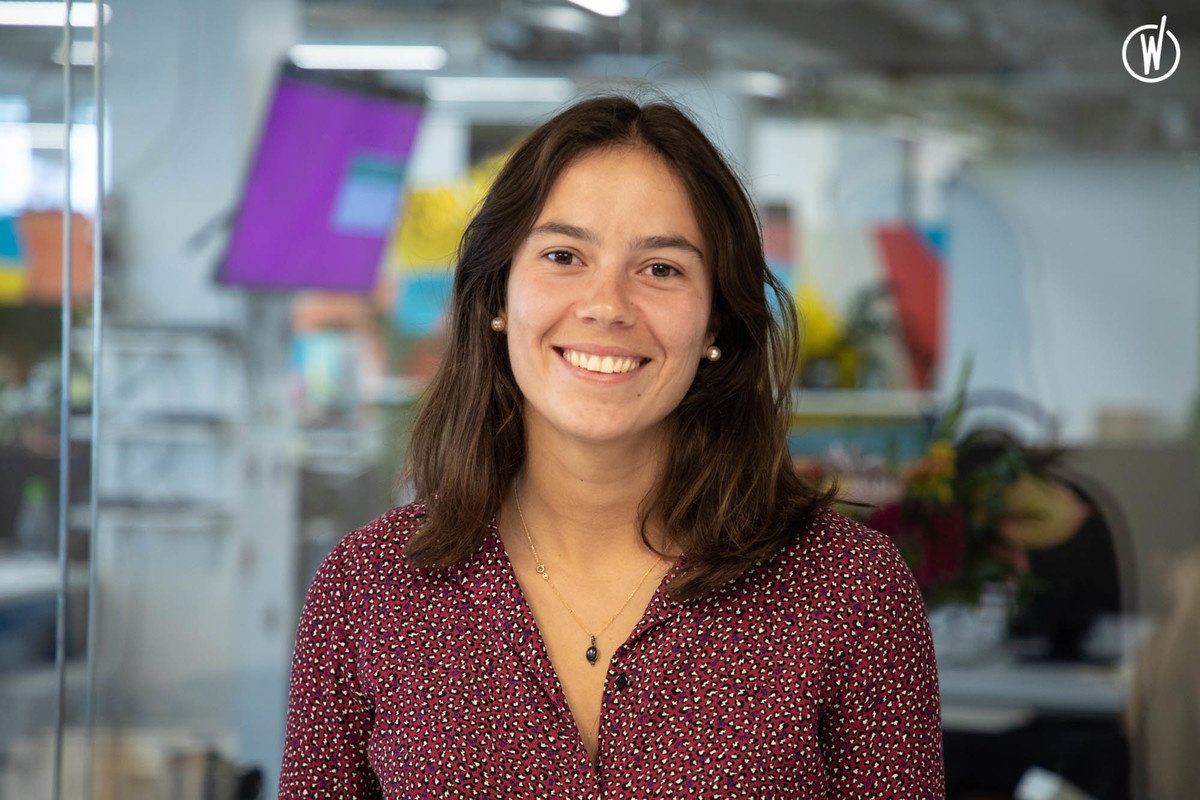 Joana moved to Paris 3 years ago to start her career at Getaround. With a background in International Management, she started out as a project manager in the Getaround Connect team, then moved to the Trust & Safety team as a data analyst and most recently she also acts as the product owner for the Risk squad.

Her mission is to leverage data to find risk mitigating features at minimal growth impact. 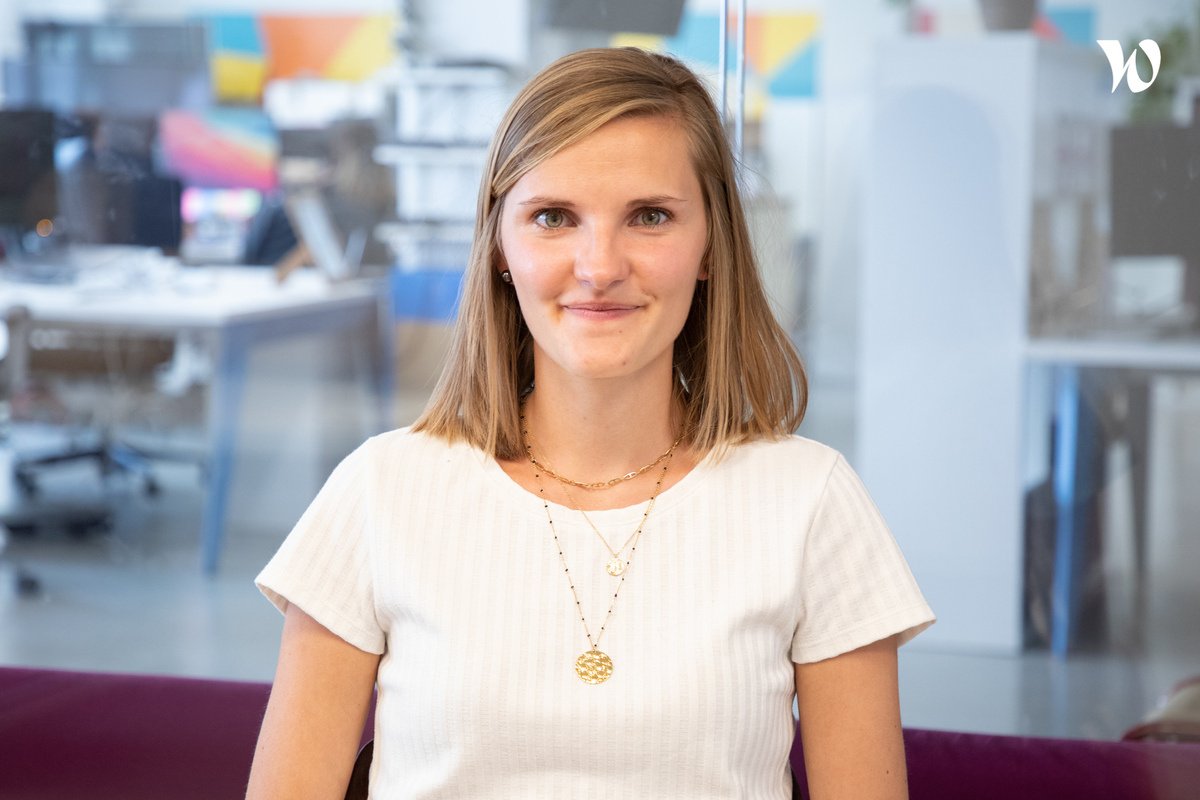 After having worked for international well-established companies Zuzana joined Getaround in 2018 as an E-payment Specialist.

Her current mission is to guarantee the good management of different financial flows. 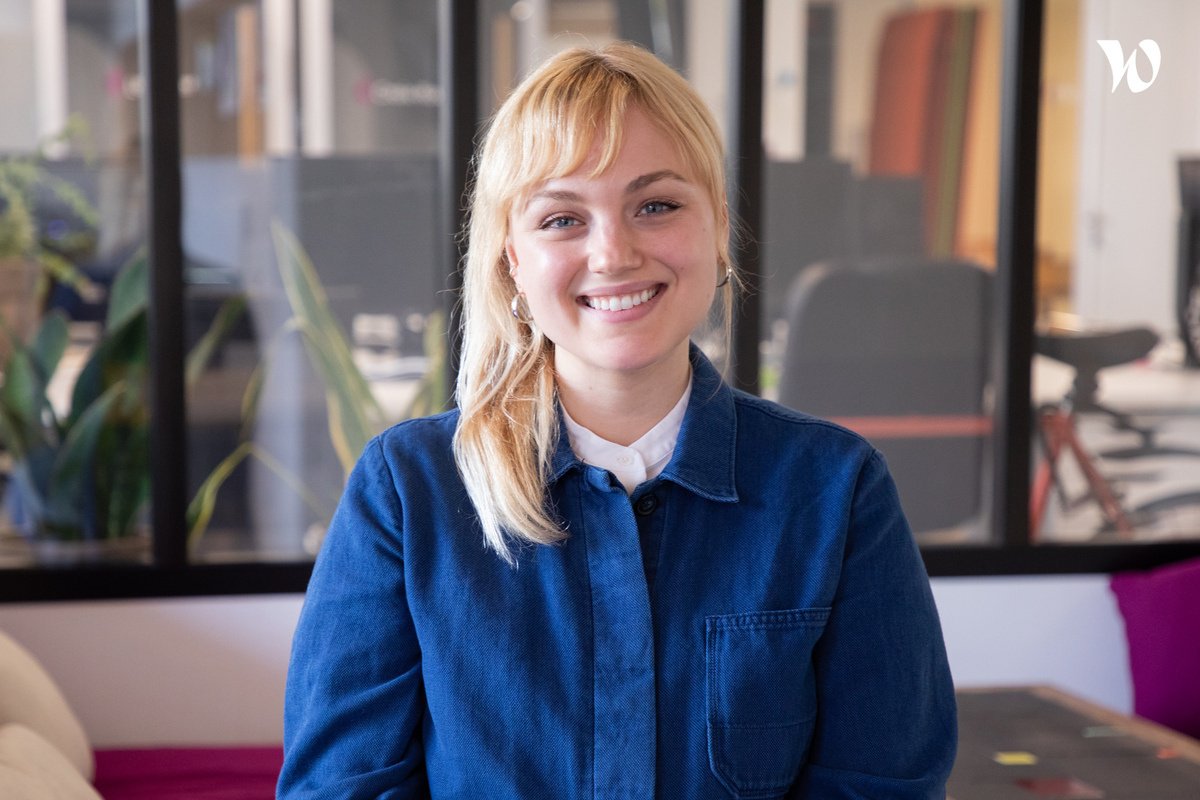 Coming from a background in Psychology and foreign languages, Kirsten joined Getaround in 2017 as a customer support agent.

When the company transitioned to an external customer service, she led the German and Austrian teams as operations manager. She took on her current role as Head of Customer Operations Strategy in 2020. 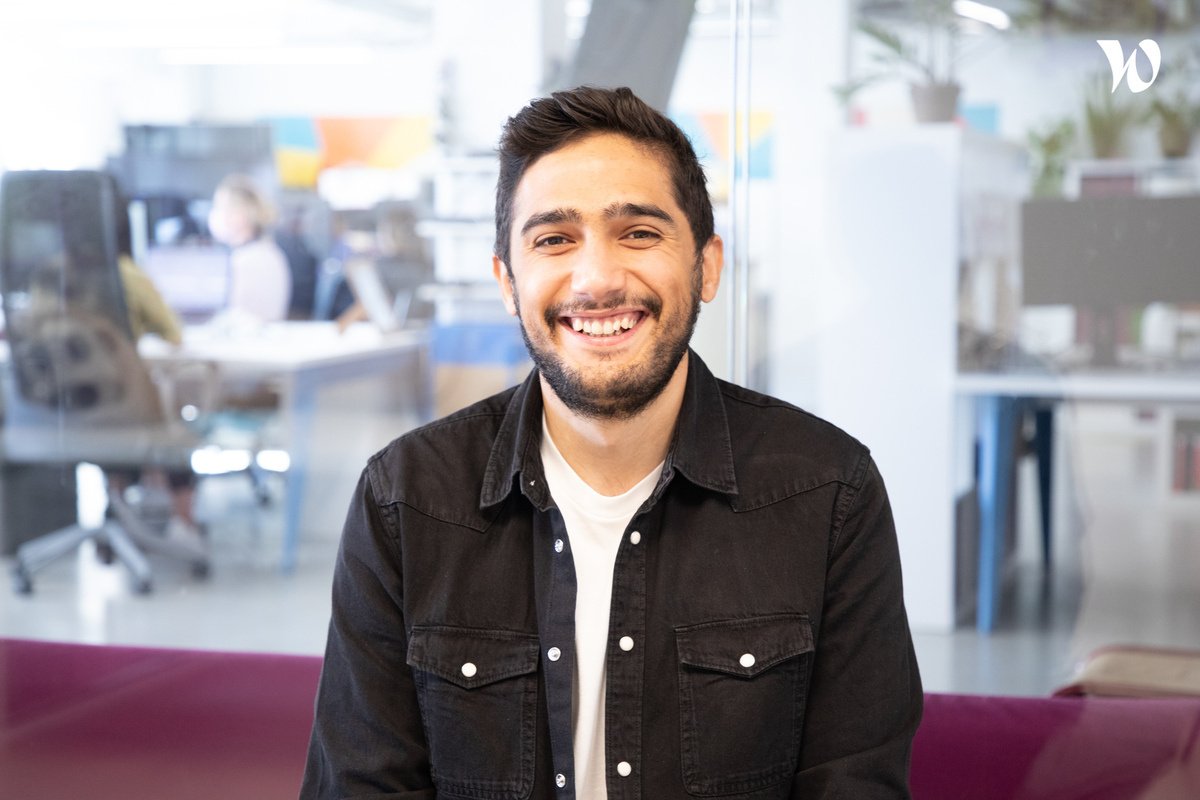 After working in the airline industry as a pricing expert for 5 years, Adem joined Getaround as Head of Pricing and worked on the ranking algorithm as well as the marketplace analytics.

His mission, by understanding customers' behaviours, is to find the right pricing and ranking leverages that meet customer needs and maximize the company’s earnings. 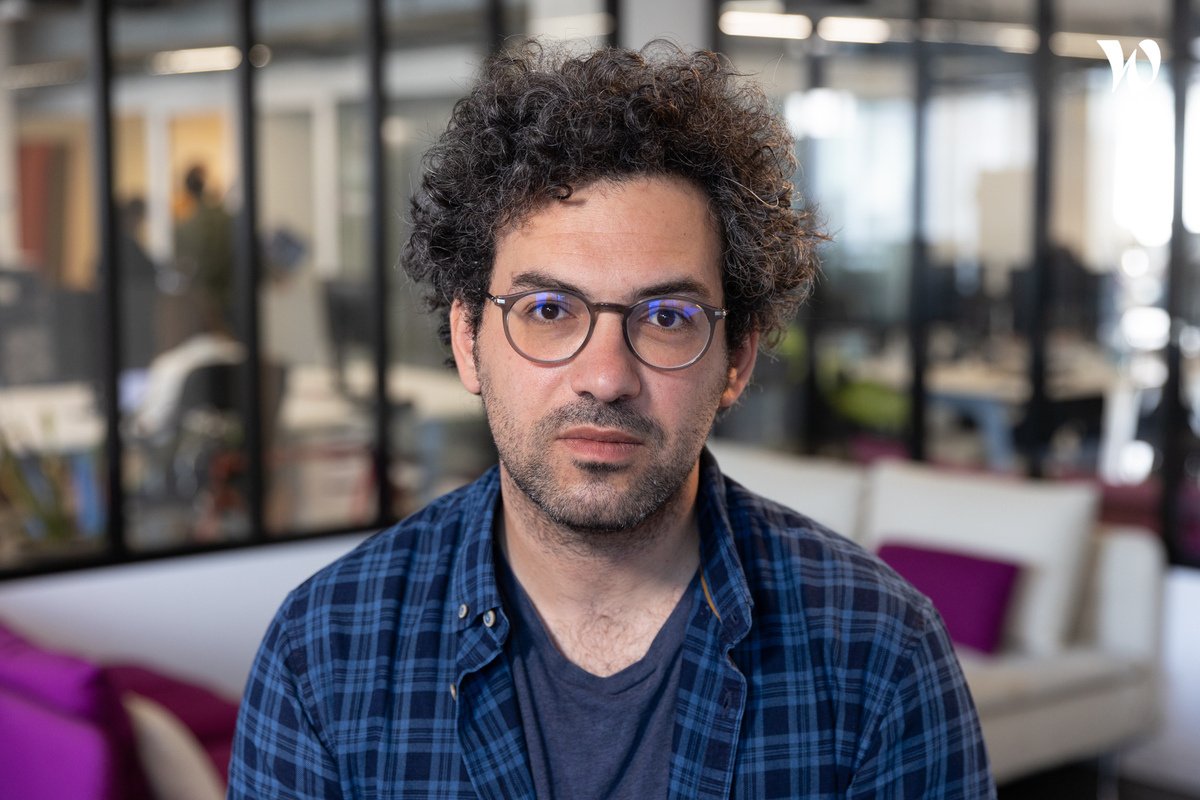 After working in different startups, Michael joined Getaround as a Full-Stack Developer in 2014. He then took the lead of the SRE team, the Data engineering team and became VP Engineering in July 2020. 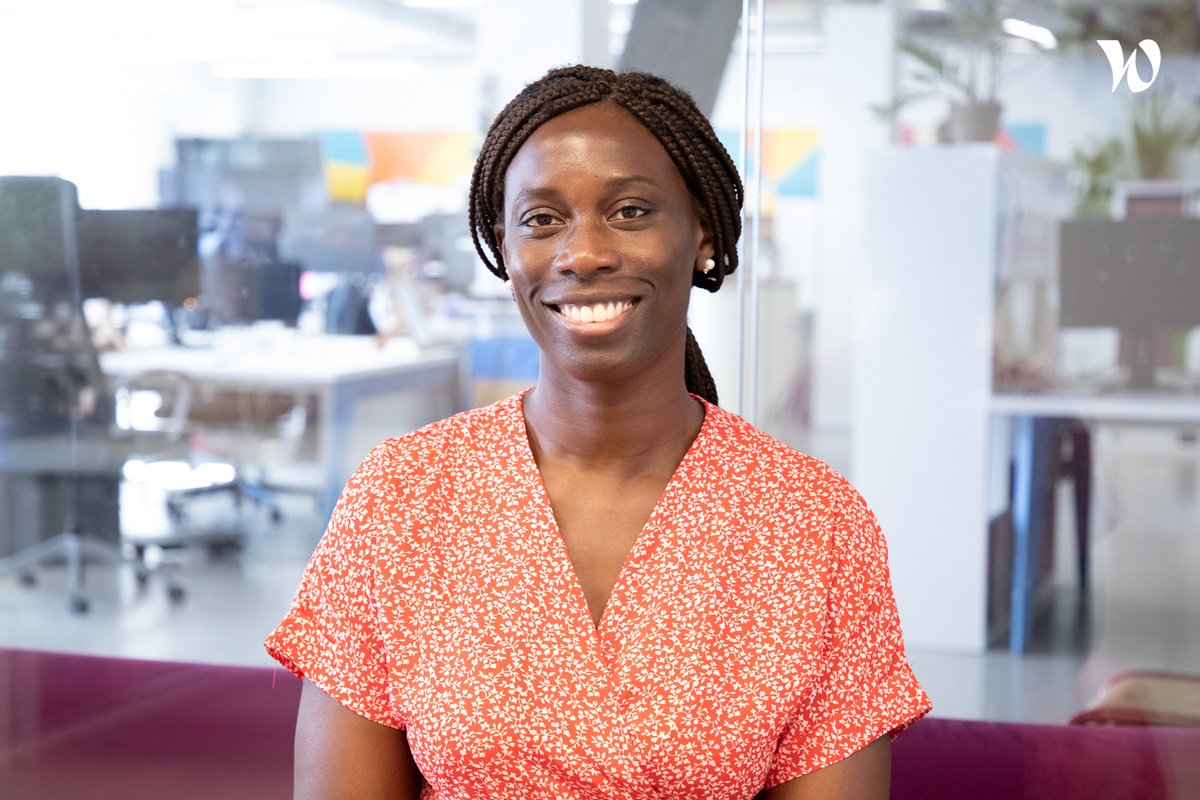 After working in finance in the Sports Events and Broadcasting industries for seven years, Audrey joined Getaround as a General Accountant. 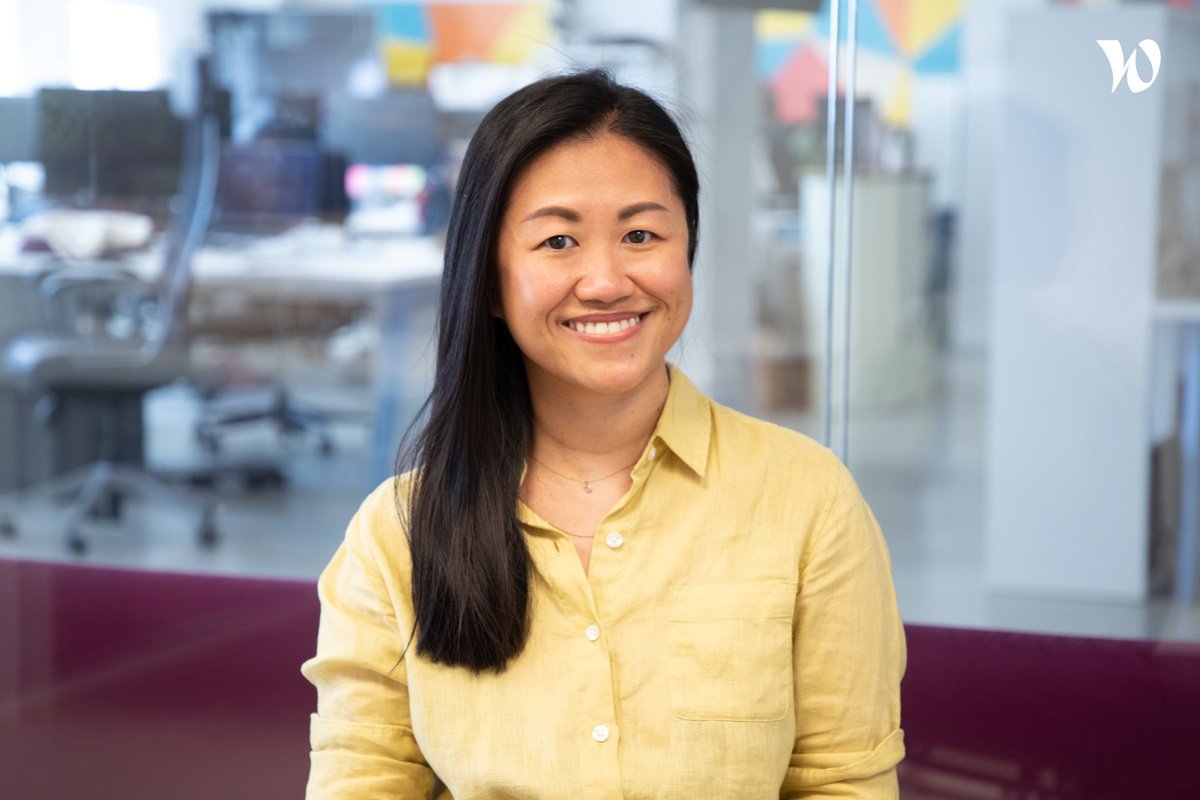 Starting her career in New York and then Singapore, Kim worked in the fashion and beauty industries for 10 years as a magazine editor, journalist, and consultant for luxury and consumer brands.

She moved to Paris in 2018 and joined Drivy as a content strategist before leading the Creative team a year later. In her current role as Head of Brand and Communications, her mission is to tell the Getaround story in compelling ways and develop the brand in Europe.

Getaround is the world's leading carsharing platform with a community of over 5 million users sharing thousands of cars in over 300 cities in the United States and Europe.

The Getaround app allows city dwellers who don't own a car to instantly reserve a vehicle, whether for a few hours or a few days, directly from their smartphone.

Founded in 2009, the startup has experienced very strong growth: it is now present in 8 countries and recently expanded into Europe with the acquisition of car-sharing startups Drivy and Nabobil.

The headquarters are in San Francisco and the team has offices in Paris, London, Berlin, Barcelona, and Oslo.

At Getaround, they are looking for people with ideas and ambition who are willing to take on challenges every day with humility and good humor.

Profiles with an interest in the mobility sector are highly appreciated.

The very international environment of the start-up implies a daily practice of English.

Getaround is the perfect company for you if you want to have a strong impact.

The Paris office has a terrace where barbecues are organized whenever the sun is shining. Yoga classes are offered every week at the office, and soccer matches between themselves or against other startups are organized regularly.

The whole team also benefits from Getaround credits - to be used without moderation - and snacks, fruits and drinks are offered at will. They are almost all on Apple but let you choose your hardware!

They have a tech blog.