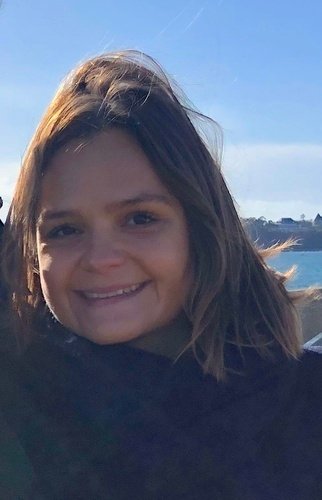 Can’t stop thinking about that critical project you desperately wanted to finish at work today? Unable to wind down in the evening because you’re obsessing about all those things you still need to do workwise? There is a reason why it is difficult to stop thinking about an unfinished task and it’s called the Zeigarnik effect.

This phenomenon can have an impact on your personal life—perhaps you’re unable to focus on anything other than what’s going to happen next in your favorite TV show—and also on your work life. So where does the Zeigarnik effect come from, what are its impacts on your professional behavior and how can you use it to your advantage?

Where it began: with Viennese waiters in the late 1920s

Soviet psychologist Bluma Zeigarnik was the first to identify the tendency to remember uncompleted tasks better than completed ones in 1927. Zeigarnik conducted a series of experiments after her doctoral supervisor, Gestalt psychologist Kurt Lewin, noticed that waiters in a Viennese café could successfully recall the orders they had not yet delivered but forgot everything about them as soon as they had been served and paid for.

Zeigarnik’s discovery gained traction and quickly became a credible theory among psychologists that became known as the Zeigarnik effect.

The Zeigarnik effect’s impact on our brain

So what exactly happens to our brain when we are experiencing the Zeigarnik effect? E.J. Masicampo, an associate professor of psychology at Wake Forest University in Winston-Salem, North Carolina, who conducts research on our mental processes, explains the process. “Unfinished tasks tend to remain active in our minds, meaning they intrude into our thoughts and bias our thinking and attention, the same way [as] someone who is hungry will notice every restaurant and delicious smell,” he said.

“This of course is helpful insofar as this tendency keeps you from forgetting the goal and helps you return to it. But it can also distract you from other things you may want to focus on,” he said.

These tasks are actually “goals on a person’s to-do list”, according to Arie Kruglanski, professor of psychology at the University of Maryland. Indeed, these tasks are goals that we actually have to reach and they can continue to interfere in our minds over long periods of time. However, this does not mean that we are condemned to remember forever every one of our uncompleted goals. “Goals are dynamic things, and they can be overridden by other goals,” said Professor Kruglanski.

This is one of the Zeigarnik effect’s limits. “The Zeigarnik effect is restricted to goals that are currently active and disappears when those goals become overshadowed by other goals,” said Professor Kruglanski. So if different goals become activated in a particular situation—when we are facing “emergencies” of various sorts at work, for instance—they will override previous uncompleted tasks.

Furthermore, the impact that the Zeigarnik effect can have on the brain also depends on personality.“Some people are more fixated on their goals than others: people with a high need for closure, people with obsessive personalities, and so on,” said Professor Kruglanski.

How does it affect our work?

If we happen to be experiencing the Zeigarnik effect, it can have positive or negative implications on day-to-day life and the way we behave, especially when it comes to working.

Professor Masicampo explains one advantage of this psychological phenomenon: “[It] helps prevent us from forgetting important tasks we have to finish.” This is why we rarely forget about the paper we need to turn in next week or that big presentation we need to prepare for the end of the month.

“The good side is sticking to one’s goals and not letting oneself be distracted by other things. This is important for success in any walk of life,” said Professor Kruglanski. When we have something on our to-do list that we can’t get out of our brain, it makes us more motivated to finish it and more productive in the process.

Regarding the downsides of the Zeigarnik effect, Professor Masicampo says that it can seriously dampen productivity. “It can be a burden in terms of crowding our minds with thoughts we don’t currently want to have,” he said. “At times we may be unaware of our unfinished tasks’ influence and they can nevertheless make it difficult for us to concentrate, thus undermining our ability to focus and be productive.”

Professor Kruglanski adds that this phenomenon can even lead to obsessive behavior. “The bad thing is that one can be obsessed with unattainable goals, or not willing to get unstuck in light of other, more important goals that appear. Tenacity and grit are good, but if they become obsessions then they are counterproductive,” he said.

Make the most of the Zeigarnik effect

Knowing about the Zeigarnik effect can help us use it to our advantage in the following ways:

The Zeigarnik effect can be a great way to help you beat procrastination. Indeed, this psychological phenomenon teaches us that when we start something we are usually more prone to finish it.Procrastination often appears when we are facing a large, difficult task and we avoid starting it. The Zeigarnik effect suggests that a solution to overcome procrastination would be to take the first step, even the smallest one. In fact, getting underway with part of the project will help the rest to follow because once you’ve made a start, there’s something pushing you to complete it.

“One way to lighten the mental burden that unfinished tasks tend to place on the mind is by committing to a specific behavioral plan for finishing the task,” Professor Masicampo said, giving the example of a study he co-authored in 2011, published in the Journal of Personality and Social Psychology. But first, the best way to put the Zeigarnik effect to good use is “to be sensitive to it and to respond to it”, he said. “If an unfinished task is intruding into your thoughts, it must be important to you. And ignoring it is not likely to be effective. So perhaps take that as a sign to stop and take care of the task or, if you aren’t able to do that at that moment, commit to a specific plan for addressing the task later.”

If you don’t know what is distracting you, Professor Masicampo has the following advice. “Pause and make a list of the things you need to do and again, as appropriate, plan out when you’ll take care of those, perhaps simply by placing them on your calendar. This ensures you’ll make progress on those tasks later and may free up some mental space to focus on the task at hand,” he said.

So while your mind may continue to focus on unfinished tasks, that’s no bad thing. You now know you can use that psychological effect to your advantage and actually get things done more easily. 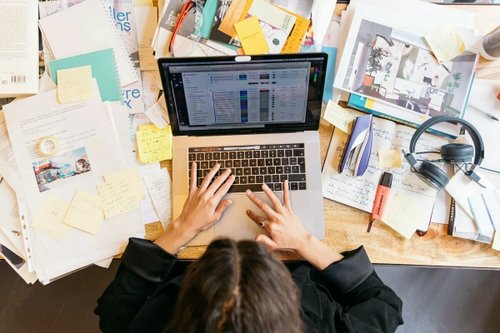