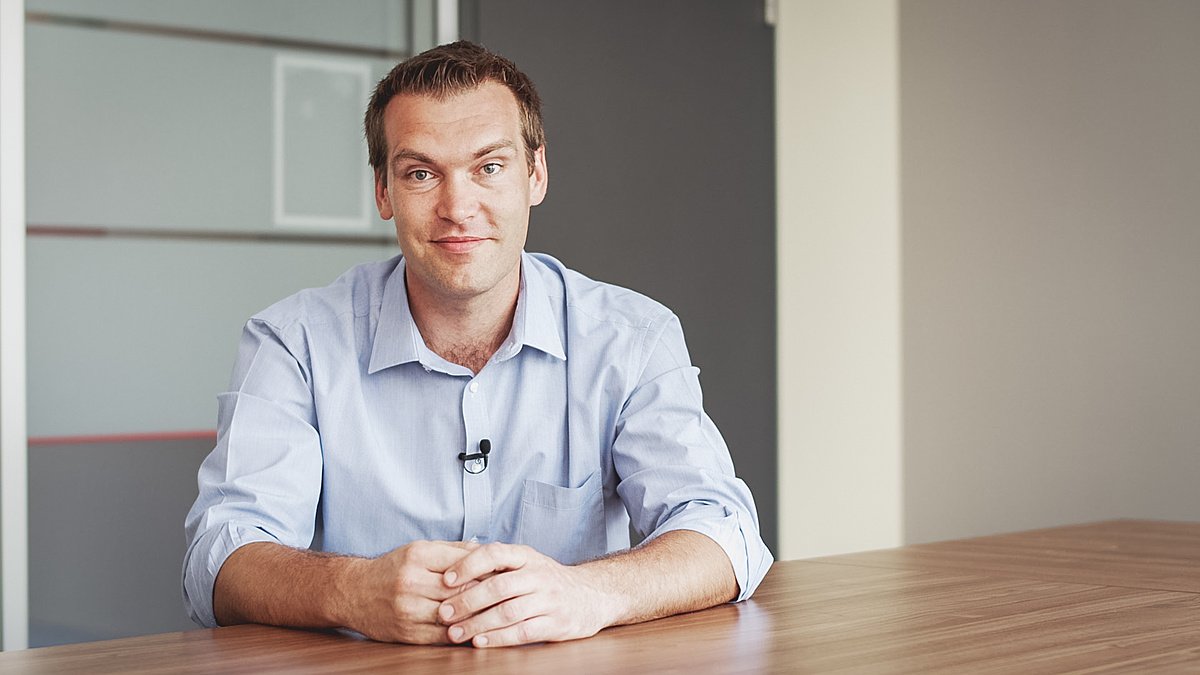 Ondra has been in Edwards since 2015 and, at that time, he has held six jobs. This isn’t unusual. There are plenty of interesting opportunities there. Each month, he works on something completely different. Sometimes he paddles through the HR waters, other times he likes to dabble in Finance or IT. Ondra also is responsible for the strategic development of the Prague office. His goal is to assemble a team that brings Edwards local, and particularly global, added value.

Before he joined Edwards, Ondra couldn’t imagine a company with such a strong mission and culture. When he started, and there were posters hanging all around him with the Edwards credo “Life is Now” and Ondra thought perhaps this was just another corporate talk. The opposite is true. In almost five years at Edwards, he feels a strong sense of the mission and credo of the company and has met many people in the company who have transformed lives. He even had the opportunity to visit an operating room and see the work of Edwards‘ technologies first hand. That experience reminded him of the importance of his work. He said that working at Edwards brings him so much pride.

When he isn’t working, Ondra tries to devote as much time as possible to his wife, son, an incredibly cute pug, and one aggressive turtle which “terrorizes” the entire household. Nonetheless, it’s still their darling pet. When at work, Ondra plays volleyball with his colleagues in the morning twice a week, or they go for a run. On business trips, he uses his free time to stroll through the city center. 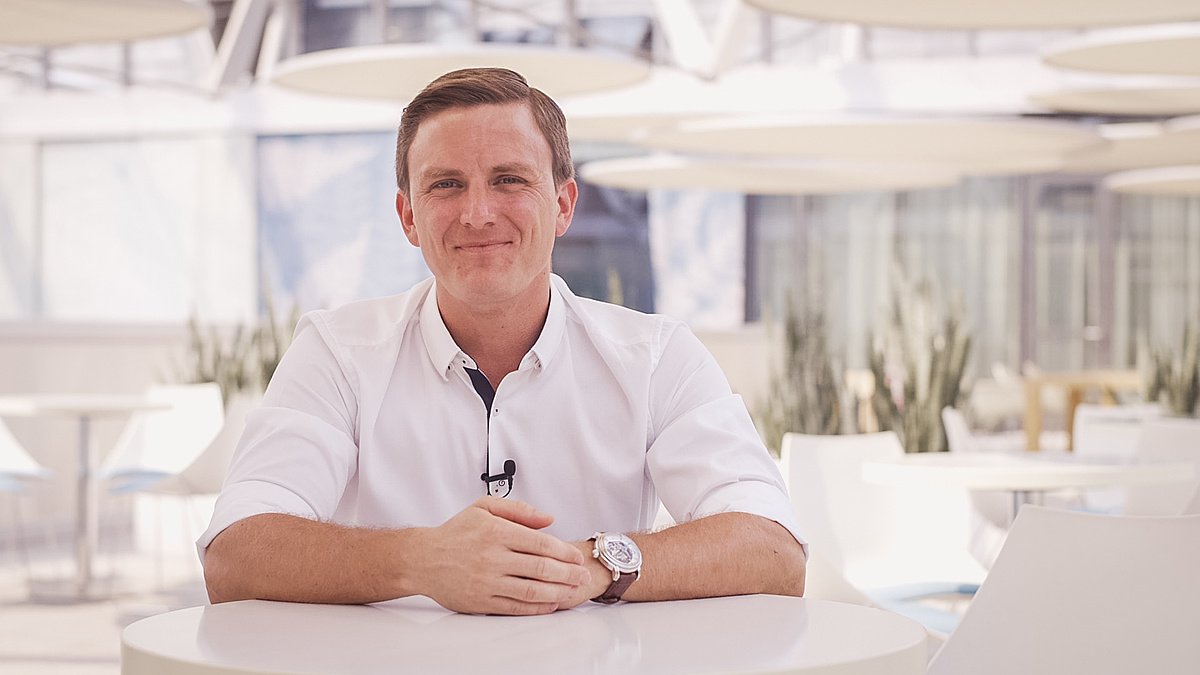 Štěpán is in daily contact with distributors and doctors from 12 countries of Eastern Europe and Israel, where the rest of his team, along with his supervisor, are based. His job includes a lot of traveling; therefore, most of the time, he works from an airport, plane, or hotel room. Štěpán passes by the Prague office when he needs to resolve some new distributor contracts with the Legal Department or when he needs to discuss what he can offer the clients with the colleagues from the Compliance Department.

Štěpán spends at least two days a week abroad, which gives him an arsenal of stories he likes to share with his colleagues. His latest faux pas is still the talk of the office. Štěpán set out for a meeting with a distributor in Croatia without a passport or an ID card. He was lucky that after six hours of driving he didn’t have to turn around and go back to Prague. He spent the night in Slovenia where he had the meeting the next day. Since then, Štěpán always checks his documents before he goes on a trip.

When someone asks him how he likes to spend his free time, the first thing that comes to his mind is a bike. Štěpán has five of them at home. He is mostly using the trail or freeride mountain bike. It is, therefore, of no surprise when he comes to the office over the summer with some scratches or with a dark tan. On weekends, his jacket and tie are replaced by a T-shirt and shorts, he puts a mattress in his car, packs the right type of bike and goes to visit one of the bike parks in the Czech Republic or abroad with his friends.

Edwards Lifesciences is the global leader of patient-focused medical innovations for structural heart disease and critical care monitoring. They are driven by a passion for patients, dedicated to improving, enhancing and saving their lives.

Joining Edwards means innovating, pushing boundaries and being creative while always putting patients first. It means solving challenges with colleagues who share a sense of urgency, optimism, and enthusiasm, colleagues who are focused on testing their limits and taking ownership. And it means that employees are empowered to get the job done by taking charge of their work, health and career.

Edwards‘ sustainability commitment begins with the company’s Credo which guides its values, spirit and conscience.

They do not only commit to innovate their products reguraly and make sure it has the highest health and safety standards, they also conduct business all over the world with the highest ethical standards where they recieved „Wolrd´s Most Ethical Companies“ award several years in a row.

The patient is the priority in everything Edwards does. Even such little details as waste recycling or using recycled paper, napkins, and even highlighters help create a better and healthier place for working & living. Edwards obtained the ISO 14001 certificate under which the company undertakes to care for the environment. They also try to take our planet into consideration while traveling. Although it inherently belongs to their line of work, if the situation allows it, they try to hold meetings over Teams rather than taking plane and unnecessarily pollute our air.

Innovation is at the core of Edwards and allows the company to produce the life-saving products and therapies that transform lives around the world. That’s why Edwards employees surround themselves with people who aren’t afraid to question the status quo or express a different point of view.

Edwards values its employees, partners and the communities in which they operate. They value investing in innovation that leads to transformative products and therapies. Edwards values are evident in the way they leverage talent to accomplish their goals. To ensure they are always advancing, they:

In order to help patients, employees need to be healthy and fit themselves. Edwards has a robust Wellness program that aims to keep the employees both mentally and physically fit. This means they have a variety of fruits in their office available on daily basis. They have an on-site gym in which they run various group lessons and physical activities. Employees can benefit from regular massage treatment and preventive medical checks. On top of that they provide limited financial compensation for those who are on sick leave.

The company tries to improve personal development via offering variety of soft skills & professional courses. Employees are offered a wide range of benefits including stock option program, Pension plan and many more. Edwards thrives on getting involved and giving back to those in need and Employees take part in community and charitable events, such as Volunteer days, the wish-granting Christmas tree and many more.

Edwards is an American company, which is echoed in the culture. Employees help each other out, build strong relationships and spend time together outside of work. One example is that people from various groups in the office regularly organize events for the entire Prague organization. On weekends employees go rafting or hiking in the mountains together, and after work, they go out socially. Employees have a peer-to-peer recognition tool and can send a thank you for an outstanding performance with a monetary reward.

The company as well as the Prague office is growing at a rapid pace and brings a number of new opportunities. People in Edwards enjoy getting creative and coming up with new ideas. They welcome changes and challenges and wish to utilize them as best as they can. This allows the employees to thrive and grow, especially at the beginning of their career.