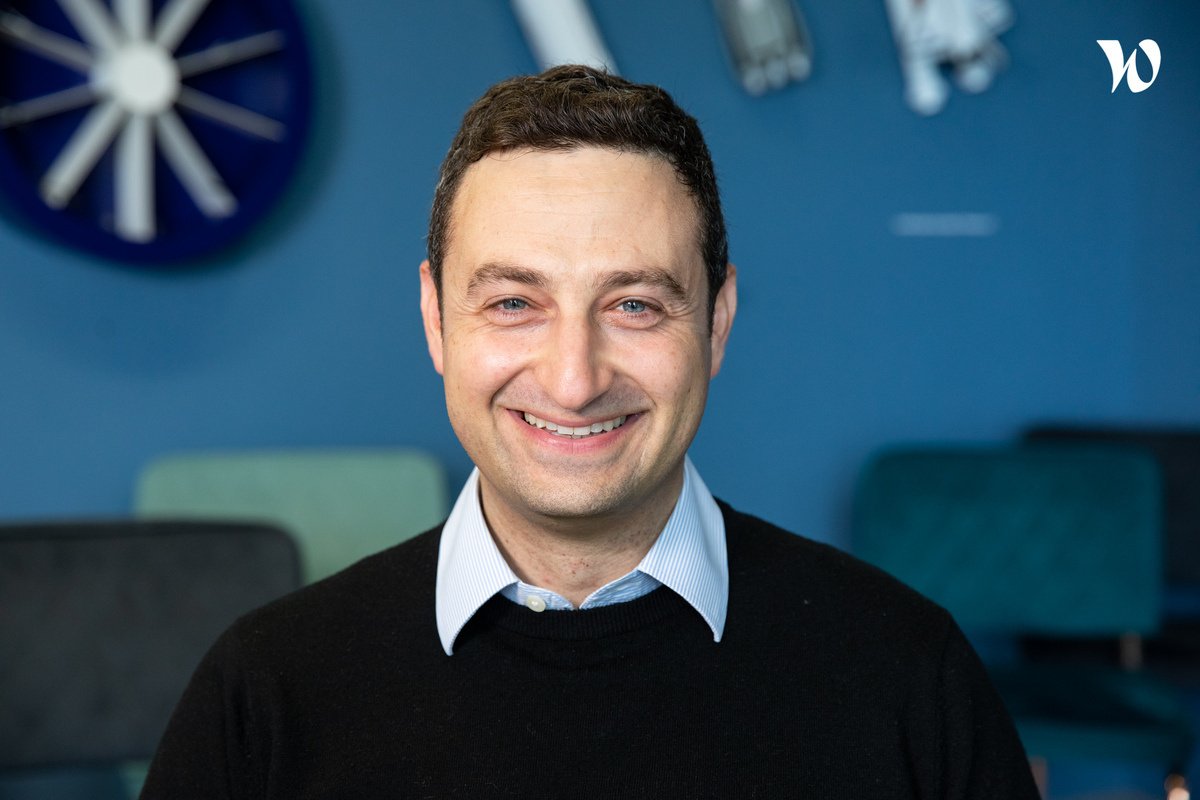 Julien has been Lead Data Scientist and has also worked as an independent consultant for groups such as Société Générale, Carrefour SIF, Disneyland Paris and Unilever. Prior to that, he held the positions of Senior Software Engineer and IS Architecture Manager in companies such as Criteo Labs and SFR in France.

Julien enjoys passing on and sharing his knowledge, and has taught as a lecturer at Centrale Supélec and ENS Paris Saclay Mathematics, Vision, Learning (MVA). He is passionate about making technology accessible, so if you want to learn from someone who has lived his life testing and succeeding with new technologies, call him! He has also won several awards such as the Vivatech Start-up AI Innovation (2016), "Centrale Numérique" (2015), and the 2nd IEEE ICC Award (2005).

Aurélien has 5 years of experience in software engineering, data engineering and AI in France. He holds an MSc in Interactive Systems and Robotics from CentraleSupélec.

Aurélien defined and developed a new energy data model as a data scientist in Julien's team. He also worked at scale on historical Internet user data at Flaminem. Subsequently, he joined Illuin Technology, a consulting firm specialised in AI created by CentraleSupélec alumni, as Lead Data Scientist. He was also the lead of a project aiming at abstracting the use of different machine learning libraries, and facilitating data processing for learning and inference.

Passionate about go for the last 15 years, he has participated in international tournaments in London and Bordeaux where he reached the level of 2nd dan. During his childhood, he also spent various holidays in science camps, programming text-based RPGs on his scientific calculator and defining model and aeromodelling plans.

Léa is a graduate of ESSEC Business School where she specialised in the media and content industries. She discovered programming and the world of technology a little by chance, but quickly became a fan. She joined BusterAI at the very beginning of the adventure (information + tech, it clicked!). There she blossoms in the job of Product Manager, which touches everything she loves, and by having at heart to conceive a superb product to help the general public to protect itself against misinformation.

Outside of work too, Léa is a Swiss Army Knife and loves to create and make things: with her hands (sewing and ceramics), behind a camera or computer (graphics and video editing).

Mostafa is a graduate engineer from the Ecole Centrale de Lille, and from the ENS Paris-Saclay with a Master's degree in Mathematics, Vision, Apprenticeship (MVA), specialising in Applied Mathematics and Artificial Intelligence. He also has experience in several fields of AI research such as computer vision, automatic natural language processing and reinforcement learning.

Since his childhood, he started taking music lessons, which developed in him a passion for musical instruments and singing. He is also passionate about sports and fitness. 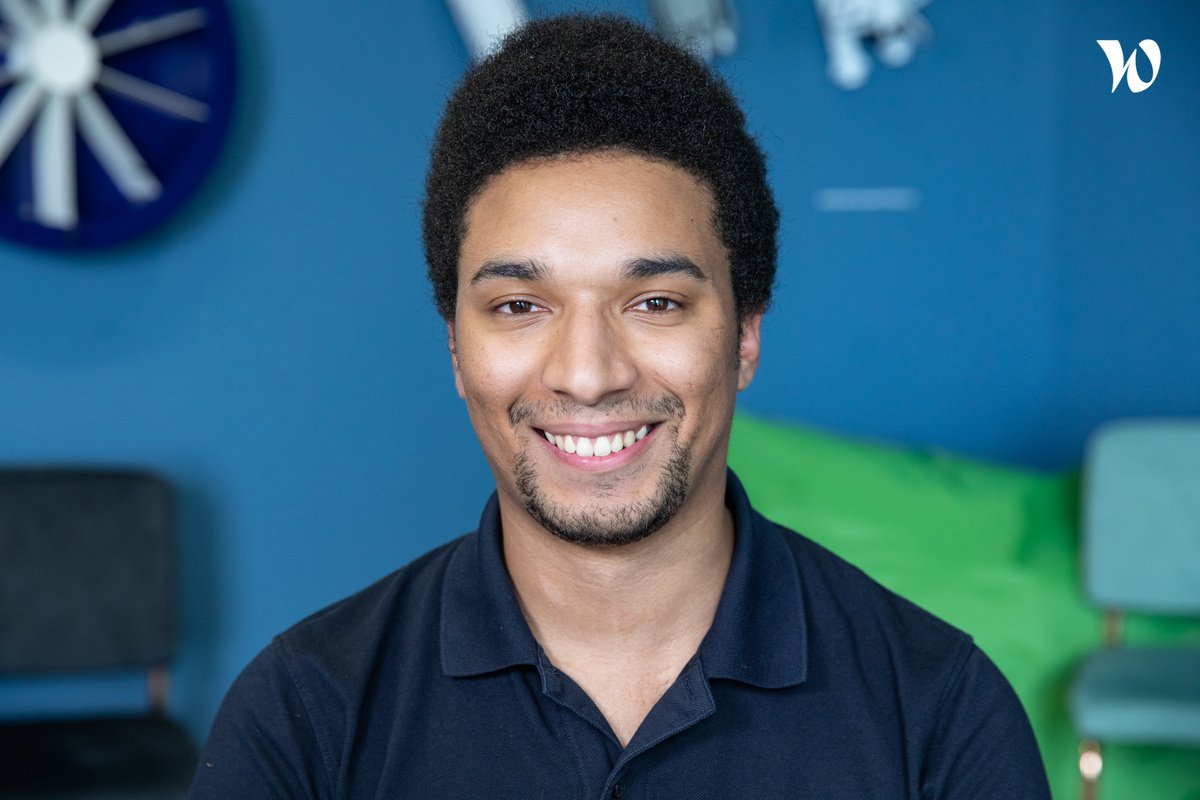 Passionate about new technologies, the arts and philosophy, Georges has acquired through a decade of living abroad important capacities of adaptability, openness, autonomy and initiative. If you ever need advice on how to make the most of your stay abroad, this is the person for you!

With more than 7 years of experience as a web developer, backend developer and then devops, he flourishes at Buster.AI where every day brings new challenges in the world of machine learning and the production of artificial intelligence models.

Buster.Ai verifies the integrity and truthfulness of the contents using artificial intelligence. Their ambition is to become the most widely used information antivirus in the world.

Founded in 2019, Buster.AI was born out of an observation: critical information that could potentially trigger international or economic crises circulates without rapid verification by the media or competent authorities. The phenomenon is so widespread that it is becoming increasingly difficult for ordinary people to detect true and false information in the mass of information circulating on a daily basis.

To provide an answer to this major challenge of the 21st century, Julien and Aurélien, the two co-founders, decided to create with a team of experts in artificial intelligence a true information antivirus.

At the forefront of technology and research in artificial intelligence, Buster.Ai is a finalist in Challenges magazine's "100 Startups to Invest in 2020".

Their ambition? To create consumer products (plug-ins and mobile applications) that allow everyone in the world to identify the true of the false in the mass of information, whether it is from their phone or their computer.

Buster.Ai is looking for curious, motivated, and agile individuals, who are willing to fight for a common mission. Beyond your experience, it is your personality that they are interested in. By joining Buster.Ai, you will have the opportunity to evolve in a fast-paced environment where team spirit reigns, and to discover how a young start-up operates in the field of AI applied to media and to cybersecurity.

Want to join a small family that is evolving in the world’s biggest startup campus?

Be part of a multicultural team?

Take part in unlimited amounts of after-works and team-building?