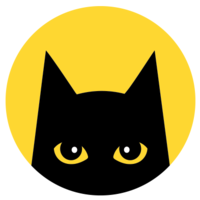 We are taking up the challenge of building an ideal Quantum Computer, from the first building block to the whole machine. Alice&Bob was launched in February 2020.
In a very short time, the team has grown from 4 to 24 people to meet this major challenge! Alice&Bob raised 3M€ in May 2020 to support its growth.

We believe that small high-performance teams can have a worldwide impact. We are at the forefront of the quantum race, competing with tech giants such as Google or AWS.

If you want to know more about us, you can read these articles and watch the video:
https://sifted.eu/articles/france-deeptech-startups-investors/
https://www.usinenouvelle.com/editorial/l-instant-tech-amazon-mise-sur-une-techno-francaise-pour-son-futur-ordinateur-quantique.N1087809
https://youtu.be/-dl23ILyjqA

The quantum computer we envision building is based on a new kind of superconducting qubit invented and developed by Alice & Bob and its academic partners : the Schrödinger cat qubit. The crux of this qubit is its astonishing ability to implement quantum error correction autonomously. We already demonstrated experimentally the exponential suppression of bit-flip errors. As a lead senior scientist, you will be in charge of key parts of the experimental development and scaling of the Schrödinger cat qubit towards the realization of the first universal logical qubit.

Building a quantum computer is an extraordinary task with both short term and long term challenges. First you will lead a team of quantum physicists and engineers working on our current prototype to improve it to state-of-the-art performances and beyond. Second you will prepare the scaling of our prototype to build the first universal, logical qubit. An important part of your work will also be to take care of the continuous learning of your team.

If you are a tech explorer, craving to challenge yourself and make quantum computing come true, come and join us!