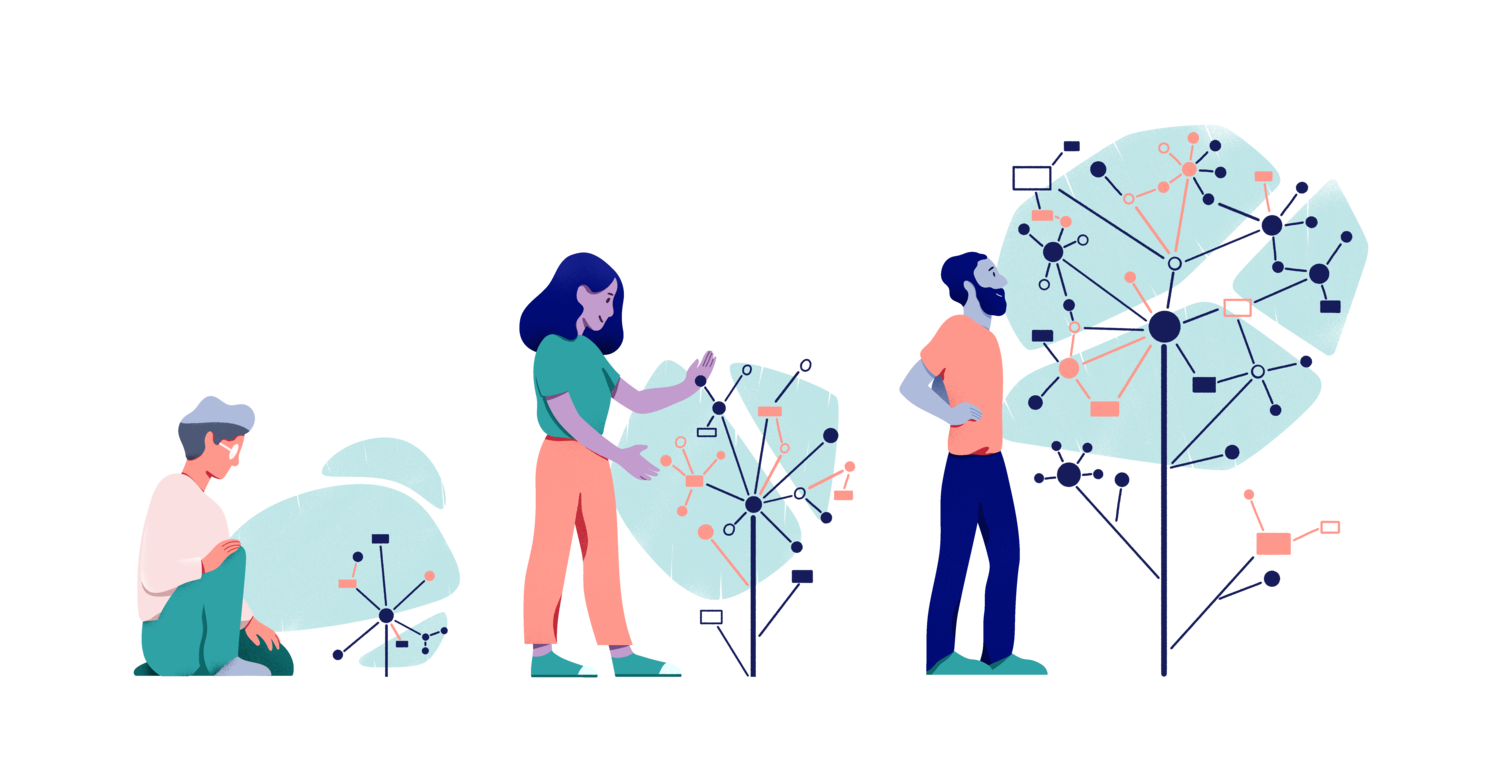 The One Who Writes Articles as She Learns
Discovering the Truth Behind an invalid_file_path Error
The Philosophies of Software Languages, from Java to JavaScript

On March 12, 2019, the World Wide Web turned 30. Tim Berners-Lee’s invention—a system that allowed Internet pages to link to any other Internet pages in a “web,” rather than through some centralized hierarchy—became the basis of the modern Internet. The web evolved throughout the 1990s, 2000s, and 2010s into what we have today, but the Internet itself started long before Berners-Lee’s vision of the web came to fruition in 1989. The foundation of computer networking was truly laid in 1958, when researchers at Bell Labs released the Bell 101 modem.

The modem was named for its function—the MOdulation and DEModulation of digital information into signals that could be transmitted along a telephone wire. That same year, in response to the launch of the Russian space satellite Sputnik 1 in 1957, the US government founded the Advanced Research Projects Agency (ARPA), which would ultimately lead to the creation of the modern Internet. ARPA’s purpose was to “make pivotal investments in breakthrough technologies for national security,” and the agency continues to do so, although it prepended the word “Defense” to its name in 1972. ARAPA’s investments would become key to the research and development of many of the protocols and systems that came to define the Internet and its predecessors, such as the Advanced Research Projects Agency Network (ARPANET).

Following the creation of the first computer modems at Bell, academics in computer science and computer engineering took to developing systems that could effectively utilize the tool. On July 24, 1961, MIT accepted Leonard Kleinrock’s doctoral dissertation, which is regarded as the first paper on “packet switching.” This idea was a divergence from the “circuit switching” approach that dominated telecom at the time. Circuit switching requires two communicating parties to hold a connection, or circuit, for the entirety of the communication. This seemed appropriate for a telephone call, where someone is almost always talking, but was quite wasteful for computer communication, which happens in short bursts. It also significantly limited the number of parties that could communicate.

Over at ARPA, the Director of the Information Processing Techniques Office, J.C.R. Licklider, took notice of the research into packet switching and coined the term “intergalactic network,” which he later admitted was an “intentionally grandiloquent” way of describing his goal to connect a series of computers in an attempt to capture the attention of promising researchers. Licklider said of the moment, “It was all we could possibly do to make time-sharing systems work.”

By the late 1960s, packet switching had gained a following: Important papers on the subject written by Donald Davies and colleagues at the UK National Physical Laboratory and Paul Baran of RAND Corporation were being presented at conferences. Additionally, ARPA had already invested in evaluating the idea by commissioning a landmark study that was published in November 1966: Toward a Cooperative Network of Time-Shared Computers described how researchers had successfully transmitted information between a TX-2 computer at MIT and an AN/FSQ-32 at System Development Corporation in Santa Monica, CA, using the world’s first wide-area network connection. Although it was not a packet-switched network, the successful transmission of digital information was an indication of what was to come.

Following the success of the experiment, ARPA founded the ARPANET project, which sought to connect computers at several universities. While ARPANET was being built, researchers at UCLA, including Vint Cerf, were developing protocols for the emerging network. During this time, Cerf met Robert Kahn, an electrical engineer at the high-technology company BBN, and the two went on to form a critical partnership that saw them invent the protocol that gave the Internet its name.

The first two nodes, at UCLA and Stanford University, communicated across the packet-switched network for the first time on October 29, 1969—famously crashing the system while transmitting the “G” of “LOGIN”. The second login attempt was successful.

Meanwhile, similar networks were being created both in the US and abroad. These worked well —fundamentally, the problem of remotely connecting two or more computers on a single network had been solved—but the individual networks were isolated from each other. Researchers now set out to allow for interoperation between networks.

A network of networks: The “Internet” arrives

Under the umbrella of ARPA, by the mid-1970s, three computer networks had been built: ARPANET, the Packet Radio Network (PRNET), and the Atlantic Packet Satellite Network (SATNET). Researchers now had to figure out how to interconnect these networks. This was the motivation that led Kahn and Cerf to publish A Protocol for Packet Network Intercommunication, in which they first described something they called the Transmission Control Program (TCP), now more commonly called Transmission Control Protocol. The duo continued their work on network interconnection and, in 1978, unveiled the Internet Protocol (IP), their proposal for uniting the disparate networks while still allowing each one to maintain a level of autonomy within itself.

Following all this work related to TCP/IP, ARPANET transitioned to the protocol suite on January 1, 1983. Later that year, the distributed Domain Name System (DNS) was invented. Spurred on partly by the adoption of TCP/IP, by the mid-1980s the amount of work being done on computer networking was becoming unmanageable. In response, the Internet Engineering Task Force (IETF) was founded in 1986. The IETF, with its Request for Comments (RFC) document, became the de facto standards body for the Internet and its related protocols, just as it is today. In 1987, the first non-technical book about the Internet, Hitchhikers Guide to the Internet, was published, firmly establishing that the Internet had evolved from a military research project into a public phenomenon.

As the network of networks grew during the 1980s, work on automated routing became important. Manually setting the routes on all the interconnected systems was becoming untenable, so several important algorithms that are still used today arose during this time. The Gateway-to-Gateway Protocol (GGP), which routes traffic between networks (not within a single network), was invented in 1987, paving the way for the Border Gateway Protocol (BGP), which serves that purpose today. Open Shortest Path First (OSPF)—a protocol that allows IP-addressed packets to be autonomously routed through nodes on a single network—was presented in 1989, and in 1990, Radia Perlman’s intermediate-system to intermediate-system protocol (IS-IS), which serves the same purpose as OSPF was standardized in an RFC.

The same year OSPF appeared, Berners-Lee invented the World Wide Web, ushering in the dot-com era, the browser wars, and, eventually, the modern web as we know it today.

Software engineer, writer, and educator on a mission to watch the world learn