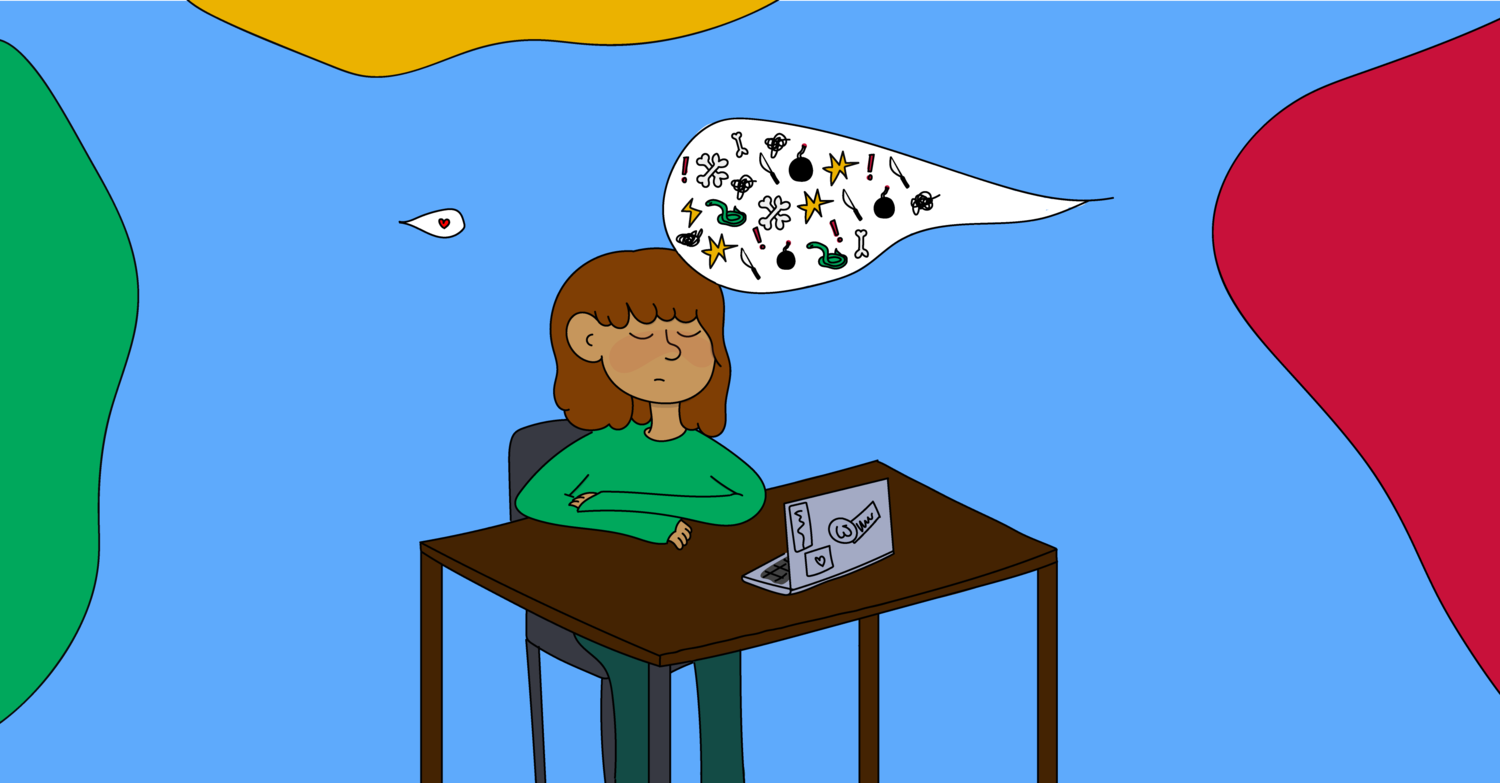 Even when of equal intensity, negative things (interactions, events, thoughts, emotions) have a greater psychological impact than positive ones. Cognitively and emotionally, the negativity bias makes us grant more importance to what’s negative than to what’s positive. For example, we are said to need at least five compliments to compensate for just one criticism.

In a 2001 study titled “Bad is stronger than good”, several researchers showed that most people are more motivated to protect their reputation (avoid the negative) than they are to build a new one (seek the positive). In fiction the forces of good almost always end up being stronger than the forces of evil. In the reality of the human brain, however, bad is often stronger.

Researchers believe negativity bias was meant to protect us as a species: we instinctively pay more attention to what can threaten our survival. Our prehistoric ancestors paid more attention to the noises signaling the proximity of a predator than to the songs of little birds. We’ve kept this bias even though it may no longer be good for survival (like stress: see our interview about stress at work

The bias is well known in the corporate world where some negative event can rapidly ruin a company’s reputation. The consequences of a scandal on a brand can be devastating. Sometimes several years of good deeds are necessary to make consumers forget about a negative event (a financial scandal or a hygiene scandal, for example).

Uber’s employer brand paid a high price in 2017 when a female employee by the name of Susan Fowler published a blog post (“Reflecting one one very very strange year at Uber”) about how she was discriminated against and harassed by her managers. In an attempt to improve the company’s reputation, the CEO and numerous executives left the company. But the company still suffers from a “sexist” reputation because the consumer brand has the same problem: in December 2019, Uber announced it has registered 6,000 cases of sexual aggressions by US drivers in two years. Even though these incidents affected only 0.00002% of the rides (as was said by one Uber executive), their impact on the company’s image was calamitous.

When it comes to human resources, harassment cases, however rare they may be, have a huge ripple effect: they influence the performance of the victims, but also that of every witness and colleague.

It is critical to be aware of negativity bias to carry out more effective HR policies. One single “asshole” can ruin your company’s culture. In The No Asshole Rule: Building a Civilized Workplace and Surviving One That Isn’t (2007), Stanford Professor Robert I. Sutton uses research in management to demonstrate that a “no asshole” environment must be created.

It means you should not value candidates with excessive confidence (which could translate to arrogance: see our article about the Dunning-Kruger effect) and you shouldn’t tolerate any case of wrongdoing. Not a single one.

In companies, negativity bias is related to culture. To remedy the worst consequences of the bias, it is important to cultivate gratitude: