Listening to the background sound of chewing noises or keys tapping might seem a strange activity when you want to focus on your work, but that’s exactly what some people are doing right now. Long a well-kept secret, ASMR videos have become more and more popular at work. Some say the benefits include increased productivity. But what exactly is ASMR? And does it work?

Making leather goods might not seem like the most stressful occupation, but it was for Nathan. He’d tried everything to ease the pressure he felt, but nothing worked. Finally, after going through a crazy fidget-spinner phase, then chain smoking while listening to workplace playlists, Nathan finally found the perfect way to lower his blood pressure. “When tension is running high, some people play with stress balls, I listen to ASMR,” he says.

You’ll find him at his workbench when an urgent order comes in, reaching for his mobile and tapping some unusual keywords into YouTube. He might look for “Inaudible whispering,” “Ultrafast raw barber shop,” and even “Princess takes care of you.” Yep, you read that right. “It sounds weird if you don’t know what it is,” says Nathan, with a laugh, “but it’s just a way of finding relaxing videos.” These phrases bring up a group of recordings known as autonomous sensory meridian response (ASMR) videos. According to Nathan, they help you to “get perspective, release control, and breathe more easily.”

Weird? Perhaps – but increasingly popular too

ASMR landed on the web like a UFO a few years ago. At the time, lots of internet users eyed with suspicion this weird cousin of white noise, which also promises relaxation through listening to ordinary sounds, such as the wind in the trees, a washing machine in action, or a babbling brook. Today, type “ASMR” into YouTube, and you’ll unlock a magic door to a world full of color. Some feature costumed people telling fantastical stories. Or they might just be eating nuggets, doing a puzzle, or whispering a few tender words. The key is that it’s all done into an ultra-sensitive microphone – sometimes for hours. “Since I first dipped a toe into this weird and wonderful world, I’ve been hooked,” says Roxane Cathelot, a nurse and ASMR content creator whose YouTube channel Roxane ASMR has more than 230,000 subscribers. “Your view of ASMR usually changes once you realize that videos published by ASMR artists are simply intensified recordings of daily sounds,” she says.

Do you feel a wave of wellbeing when the barber gently shaves your neck? That’s ASMR. Does kneading playdough relax you? Does the sound of snow crunching underfoot soothe you? There it is again. Once you get your head around it, you open yourself to a whole new world. The best-known channels in the genre have millions of YouTube followers, including SAS-ASMR with 9.3 million and Gibi ASMR with 4.2 million. In 2017, Swedish retailer Ikea launched an ASMR advertising campaign called Oddly Ikea. The following year, W Magazine published an ASMR conversation with rapper Cardi B. More and more people are seeking out ASMR content online. They use it to help them relax on the weekend, as a sleep aid, or increase their productivity at work.

From students to office staff: how it begins

Manon, a community management apprentice, discovered the attractions of ASMR when she was a student. “It all started when I was revising for my exams,” she recalls. “I’d go to the library, but I couldn’t concentrate.” Manon was distracted by the sound of people chatting nearby or the comings and goings of students looking for books. “I played an ASMR video, and it was like waving a magic wand,” she says. Suddenly, the rest of the world fell away: the only noise she was aware of was a quiet rustling as a brush was used to gently stroke the microphone. (Brushing the microphone is a popular ASMR activity.) Soon, Manon started “creating her personal bubble” at work, taking her far away from incessant smartphone notifications and ambient noise. It’s a direct path to “deep work” when she can carry out her tasks without disruptions or distractions.

Etienne had a similar experience. Having used ASMR to help him to nod off to sleep, then to help reduce his anxiety around student life, the journalism graduate now puts it on during work. “I pop in my noise-canceling earbuds and play my favorite content,” he says. What does he listen to? “Inaudible mouth sounds” (which aren’t actually inaudible, but more like soft whispering.) What does he get from it? “Increased focus on the task at hand and instant relaxation, kinda like getting a massage,” he says. Is it that simple? Perhaps not: hiding behind ASMR’s soothing effect may be a series of neurological reactions.

Think of it as a sort of hormonal waltz. “ASMR massages your brain,” says Pierre Lemarquis, a neurophysiologist who recently wrote a book about music’s effect on the brains of adults and children. That’s the touchy-feely explanation. Scientifically, he pinpoints a similar functionality between the aesthetic experience and ASMR. “In both cases, the part of the brain that’s linked to the reward system is stimulated, which floods our system with chemicals.”ASMR sensory stimulation – auditory, visual, as well as olfactory and tactile when the videos suggest it – triggers the release of the “happy hormone,” dopamine, much like music does.

It brings about a feeling of satisfaction, increases initiative, and boosts motivation. If you’re watching ASMR, you can add an anxiety-calming endorphin release to that, along with oxytocin – the hormone released by our bodies when we are in love – which curbs adrenaline. Together that’s a dream formula for feeling good.

When trying to explain how ASMR works, Lemarquis mentions the “regressive effect.” He says, “It’s not outrageous to claim that ASMR content causes a reaction in the part of our brains linked to remembering previous moments of contentment: our mothers murmuring stories while rocking us to sleep or the auditory sensations of being in the womb.” Lemarquis adds: “Art and ASMR share a common function: comforting their audience and taking them back to their origins.” What remains to be seen is whether this cozy journey is compatible with optimizing work.

Lemarquis is reserving judgment on the benefits. “With its soothing effects, there’s no doubt that ASMR has some productivity benefits, but it works best in dedicated ASMR spaces, used during breaks or free time,” he says. Watching these videos while trying to carry out tasks could be counter-productive. “Students are often warned against revising with music on in the background, especially if it contains words in their language as it can be distracting,” he says. “The same could happen to those listening to ASMR content with words while at work.”

That fits with the experience of Nadja. The project manager says it took her several months to determine which ASMR was best suited to which situation. When deadlines are tight, “fast” videos or those with words are out of the question. Tapping or soft “triggers” are the only sounds allowed. “Otherwise, it’s a disaster. My concentration is lost, and the stress starts to build before I even realize what’s happening,” she says. The working environment also needs to be considered. Although this early adopter has no qualms about using her favorite content when working from home – “My record is 250 views for my favorite video” – it’s a whole other story in an open office.

Is ASMR safe for work?

Nadja believes that it’s fine to listen to ASMR at work. “In principle, I don’t see the difference between what I’m listening to and my neighbor who’s blasting their eardrums with heavy metal. What I’m doing is probably more ‘chilled,’ but it’s not up to me,” she says.

Nadja is worried about getting confused looks or possible jibes from colleagues, so she’s careful to be discreet when logging on to YouTube in the office. But there’s still a price to pay. “I’m constantly on edge wondering if the sound is too loud, if the video’s cringey, or if I will have to switch between windows discreetly,” she says.

Cathelot thinks it would be a shame if listeners such as Nadja were to give up. “There’s nothing immoral about using ASMR,” she says. “It’s a lever for relaxation, just like hypnosis or sophrology [a form of meditation], and, as such, it should be globally acknowledged and part of the mainstream whether it’s in the intimacy of your bedroom, hanging out with friends, or in the office. We’re talking about a tool that can be used as a self-care action for mental health and stress management by anyone, at no cost or risk of secondary effects. To me, that sounds pretty attractive.” Nathan, Manon, Etienne, and Nadja all agree. But what about you? Are you ready to give it a go?

Names have been changed

Photo: Welcome to the Jungle

‘Bullshit Jobs’: Is Your Work Meaningful?

What does your childhood dream job say about you?

How to Stop Yourself Always Running Late

More from: Manage your stress 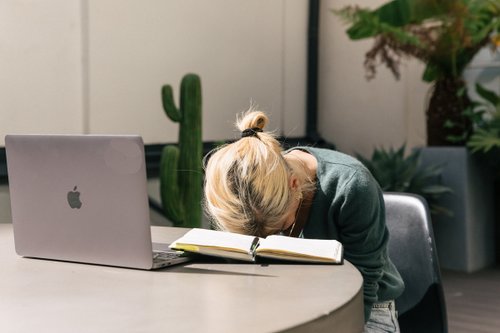 Heads up, here’s how to deal with cognitive overload at work

Beware of mental overload at work! Find out how to maintain your cognitive balance in the era of open-plan offices and endless notifications. 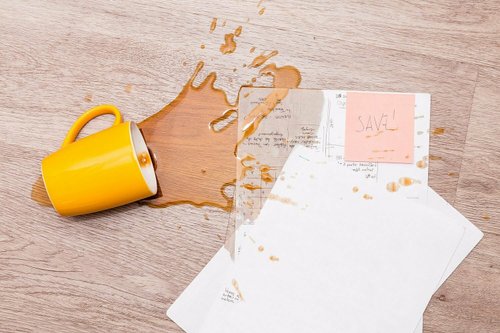 The art of screwing up: turning mistakes into golden opportunities

Here's what we learned from Dutch artist and author Erik Kessels's book "Failed It!". 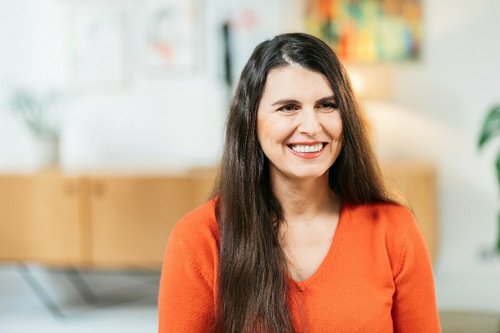 Taking back control: how feeling powerless can cause job stress

For more than a year now, work schedules have been turned upside down. We spoke to Lavinia Ionita, a medical practitioner who helps... 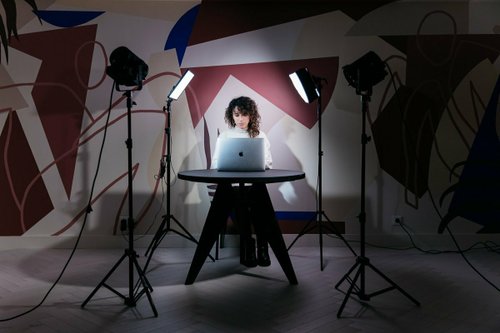 In the spotlight: Feeling like all eyes are on you can harm your career

Most of us know what it feels like to falter in front of clients or bomb with a group of new colleagues. A feeling of mortification as intense as... 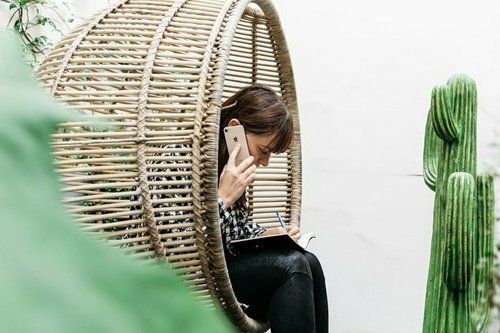 Why does the phone strike fear into the hearts of so many of us?

Your hands are clammy, your heart is racing and you have a lump in your throat. No, you’re not in love, you are experiencing phone jitters.