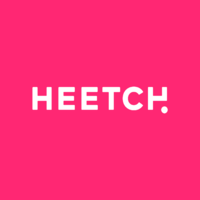 Heetch is a ride-hailing platform launched in 2013. After a couple of ups and downs, Heetch pivoted as a VTC player in March 2017.
In 2.5 years, we have been able to become one of the 3 Key players in urban mobility in France among several well-financed competitors. We powering thousands of rides everyday in France, Belgium and multiple French-speaking countries in Africa.
After raising €54M the last few years from funds such as Alven, IdInvest and AfrincInvest and a phase of hyper-growth in 2019, we are now part of the French Tech 120 program, and count more than 200 people, our ambition is to become THE leader in urban mobility.

What will be your role?