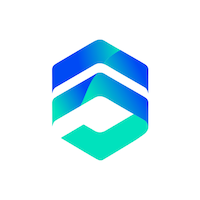 Buster.Ai verifies the integrity and truthfulness of the contents using artificial intelligence. Their ambition is to become the most widely used information antivirus in the world.

Founded in 2019, Buster.AI was born out of an observation: critical information that could potentially trigger international or economic crises circulates without rapid verification by the media or competent authorities. The phenomenon is so widespread that it is becoming increasingly difficult for ordinary people to detect true and false information in the mass of information circulating on a daily basis.

To provide an answer to this major challenge of the 21st century, Julien and Aurélien, the two co-founders, decided to create with a team of experts in artificial intelligence a true information antivirus.

At the forefront of technology and research in artificial intelligence, Buster.Ai is a finalist in Challenges magazine’s “100 Startups to Invest in 2020”.

Their ambition? To create consumer products (plug-ins and mobile applications) that allow everyone in the world to identify the true of the false in the mass of information, whether it is from their phone or their computer.

As a Full Stack Developer, you will be part of a cutting-edge team that seeks to advance the state-of-the-art in Natural Language Processing and Computer Vision, and won first place on an NLP Challenge applied to Fact-Checking.

💻 Your tasks will include: