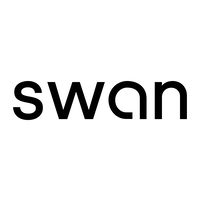 Swan is a fintech start-up offering a Bank-as-a-Service platform. This basically means that any company can create accounts, cards and IBANs for their customers or employees in minutes using Swan’s platform.

Swan was co-founded in 2019 with the French Start-up Studio eFounders, and received a 5M€ Seed and a 16M€ Series A from some of the top European Venture Capital Funds. Since then, things have accelerated quickly. The team has grown from 10 to 40 people, first clients are pouring in, and European expansion is on the way.

Swan is a financial institution regulated by the Banque de France and a member of the Mastercard network.

Swan is looking for a Spanish compliance officer to help us grow throughout Europe and guarantee that our processes and transactions follow all relevant legal and internal local guidelines.